Where To Eat The Next Time You Go To Tagaytay

We all crave for that quick getaway from Manila even if it’s just for a few hours. If it was possible to actually live away from the city just to be far from all the toxic and pollution, I would! The one place that comes to mind to do just this would be Tagaytay. The city holds a special place in our hearts because believe it or not, we actually lived a big chunk of our childhood lives there :) We grew up waking up to a view of the Taal Volcano and sleeping to a chilly night. Just thinking about it actually makes me miss it so much. That is why I grab every excuse I can get to go back there! :)

Just last week, Ben and I made the day trip up to go back to Discovery Country Suites and eat at Restaurant Verbana. The hotel’s got this homey feel that reminds me so much of the house we used to live in there :) It’s been years since our last visit and I loved the food so much that when I first heard that they changed some dishes on their menu, I just had to give it a try! 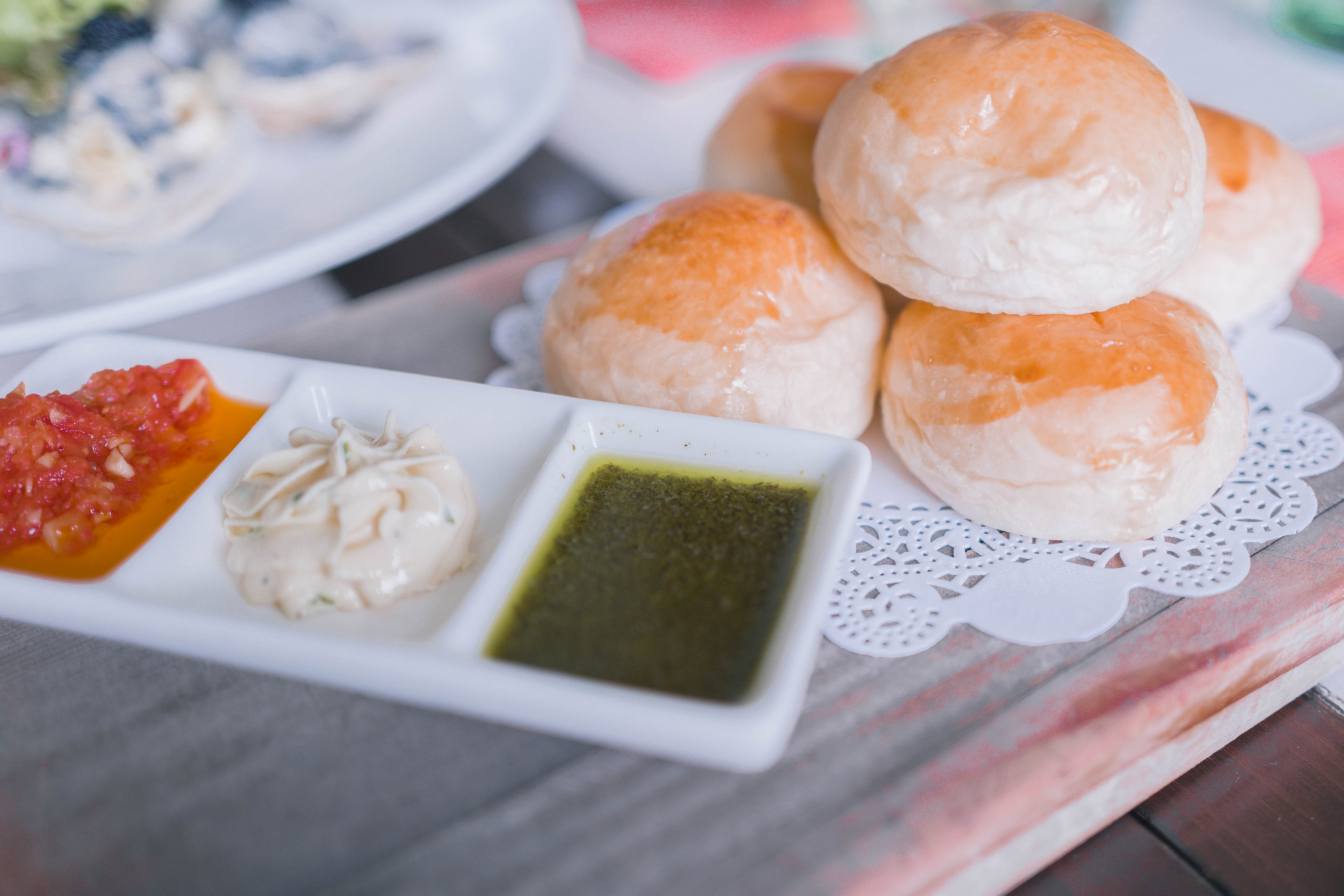 Every order comes with their signature bread and dip! Everything on the menu’s fresh and some of the ingredients even come from their farm! 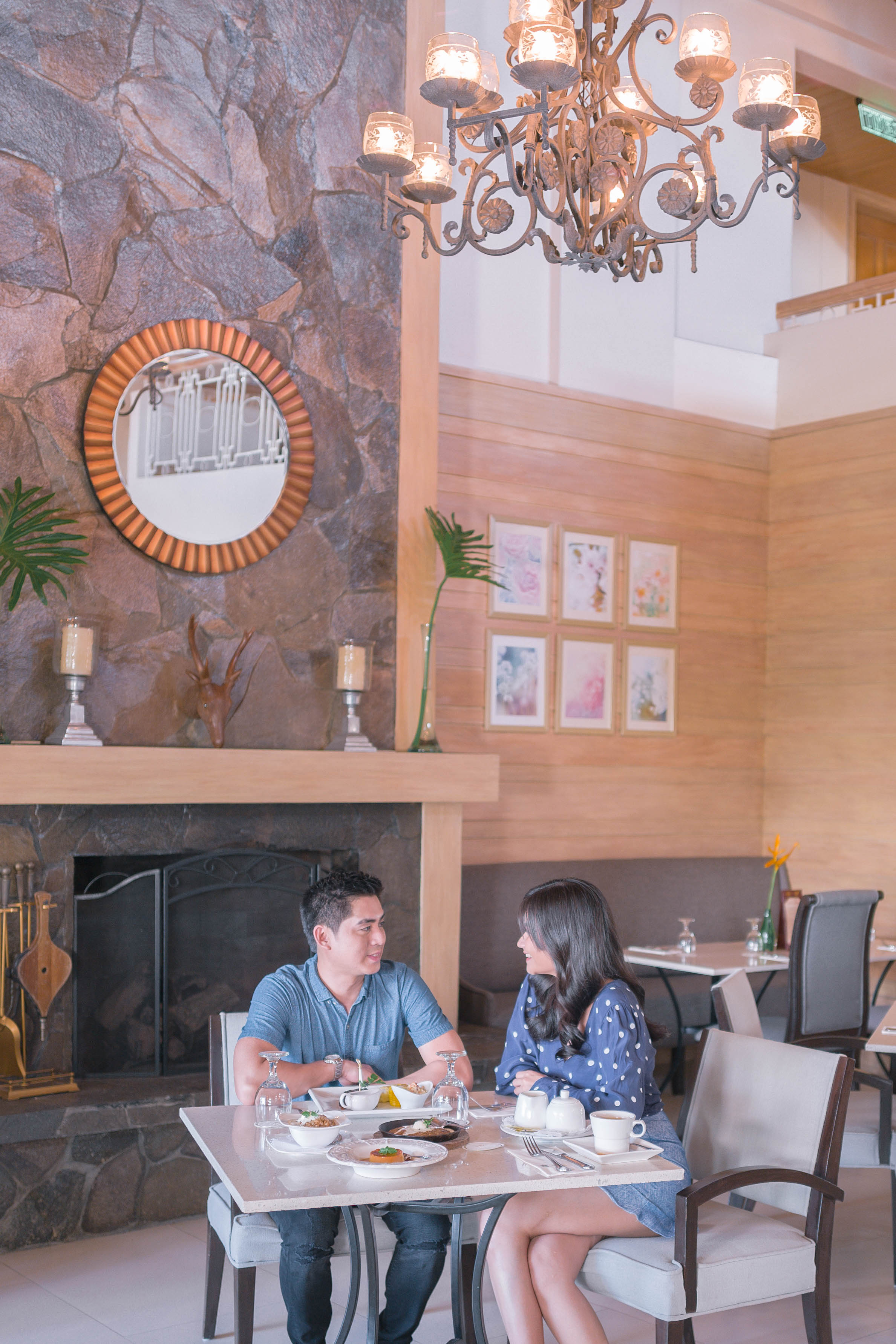 Their version of Paella, Arroz Loco.  I don’t usually eat rice but I cheated just for this! (Okay, I’ve been cheating alot. haha!) Not a big fan of anything too heavy, that’s why I don’t eat rice but Ben said he liked it! 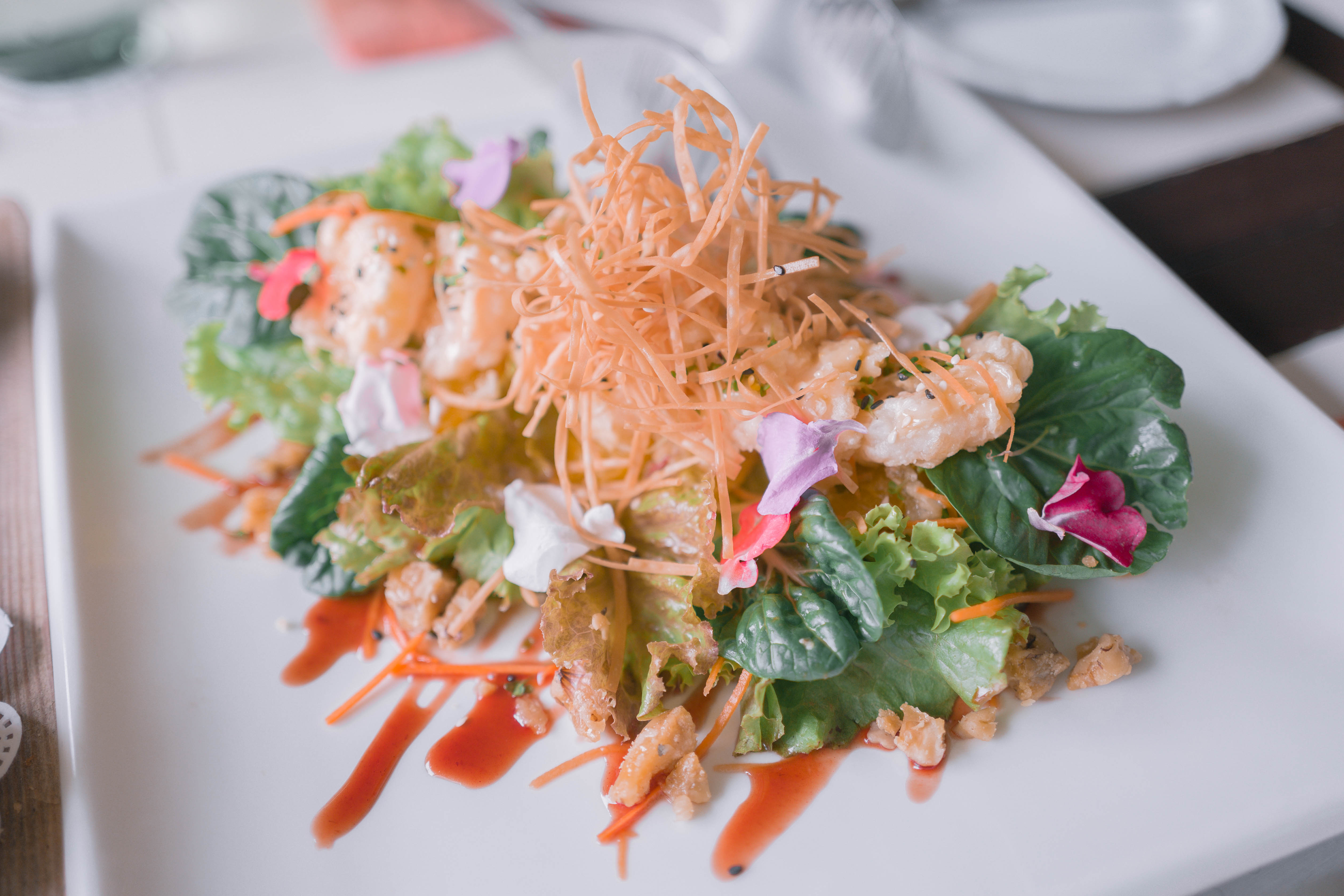 I’ve made the conscious effort to always eat salad with my meals and I got Sesame Walnut Shrimp salad. Really really good and I finished the whole thing! Good thing Ben got his own :P 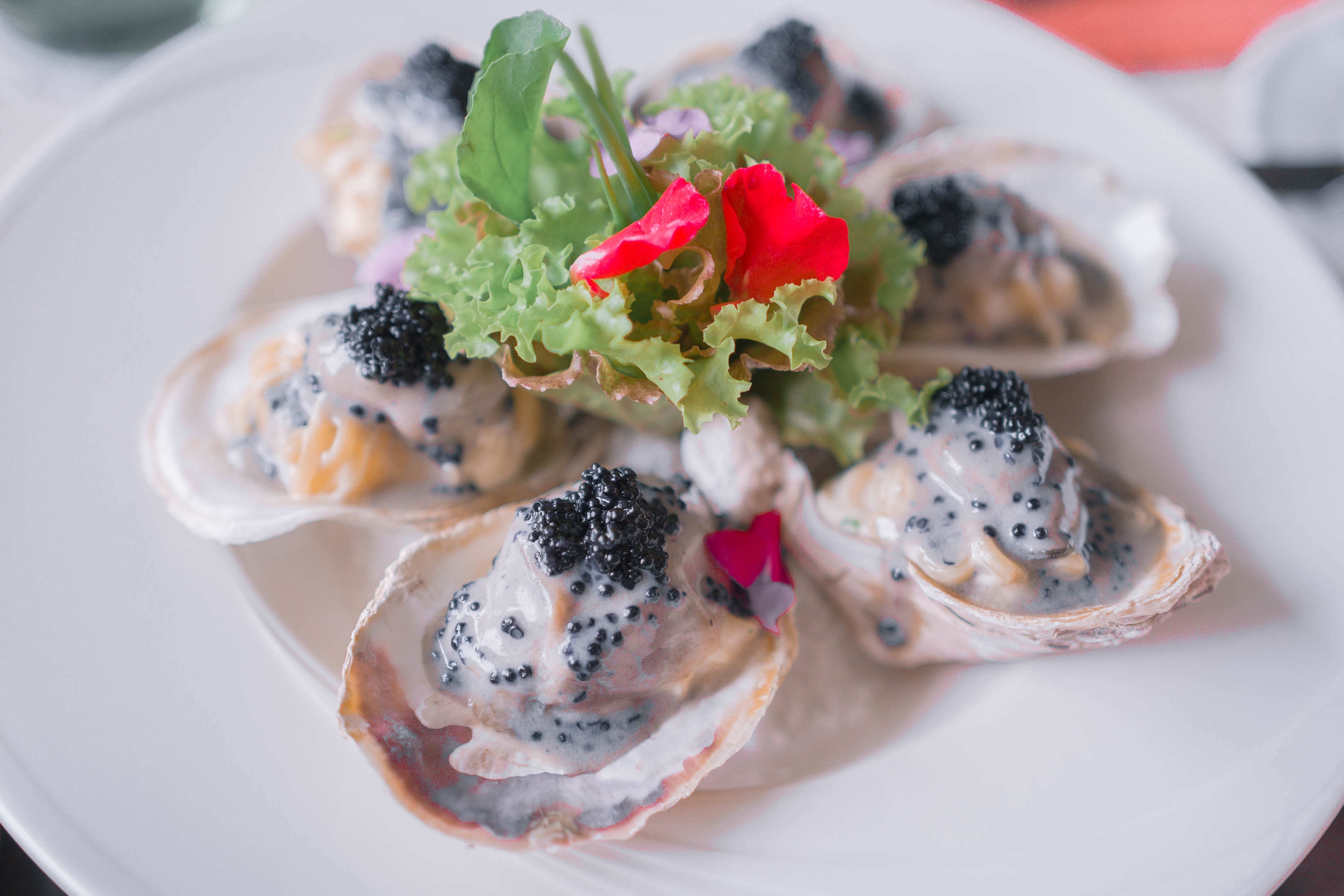 This for me was TO DIE FOR!!! Imagine pasta + caviar + oyster. Literally heaven on a plate!!! :) This is called Oysters Ruben and the mixture of lemongrass and caviar as the sauce just made it unique. I don’t think I’ve seen this anywhere else :) 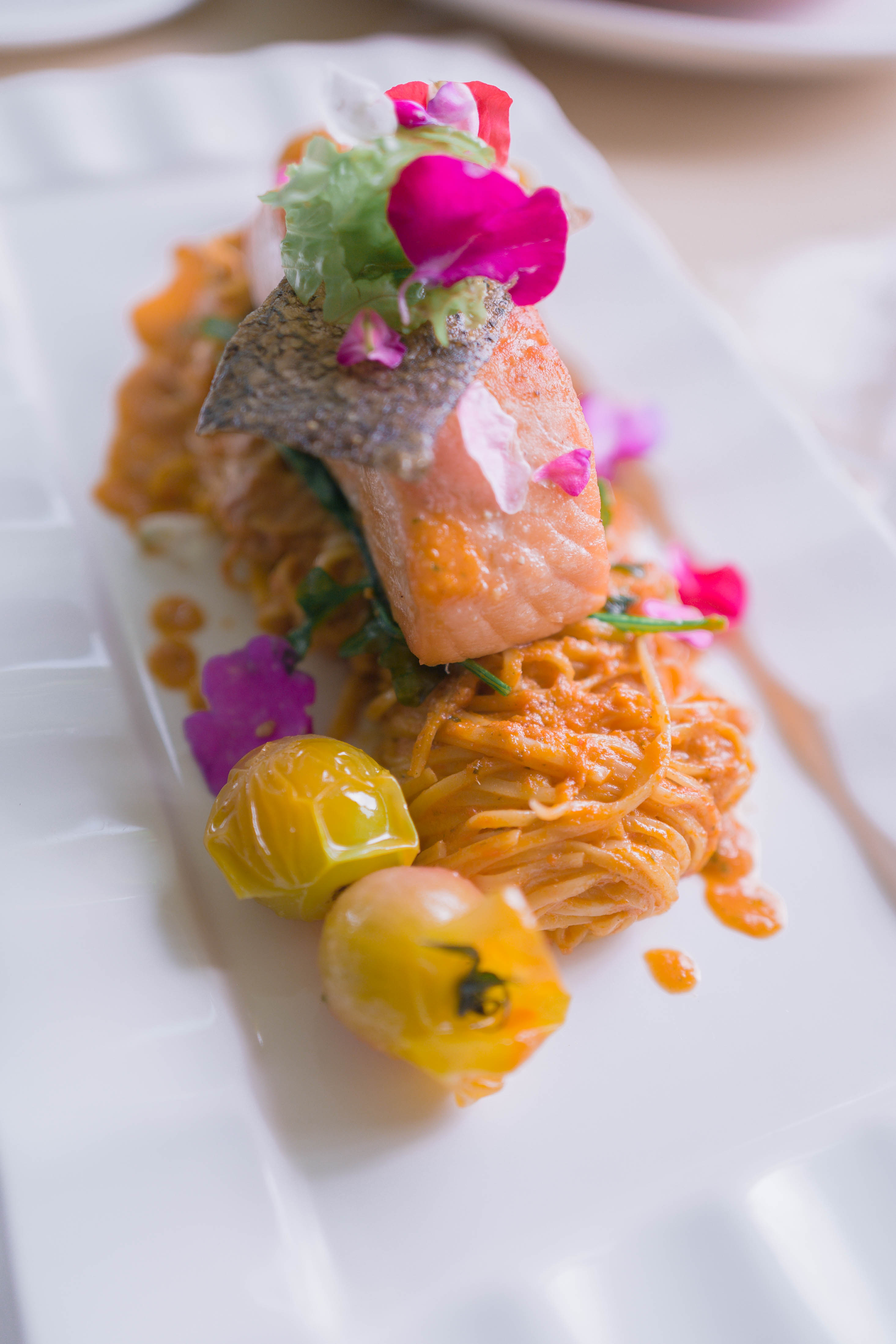 Norweigan Salmon Fillet. It’s very hard to mess up a salmon fillet and this one didn’t disappoint :) The spaghetti instead of your usual veggies on the side or mashed potato was a nice touch! 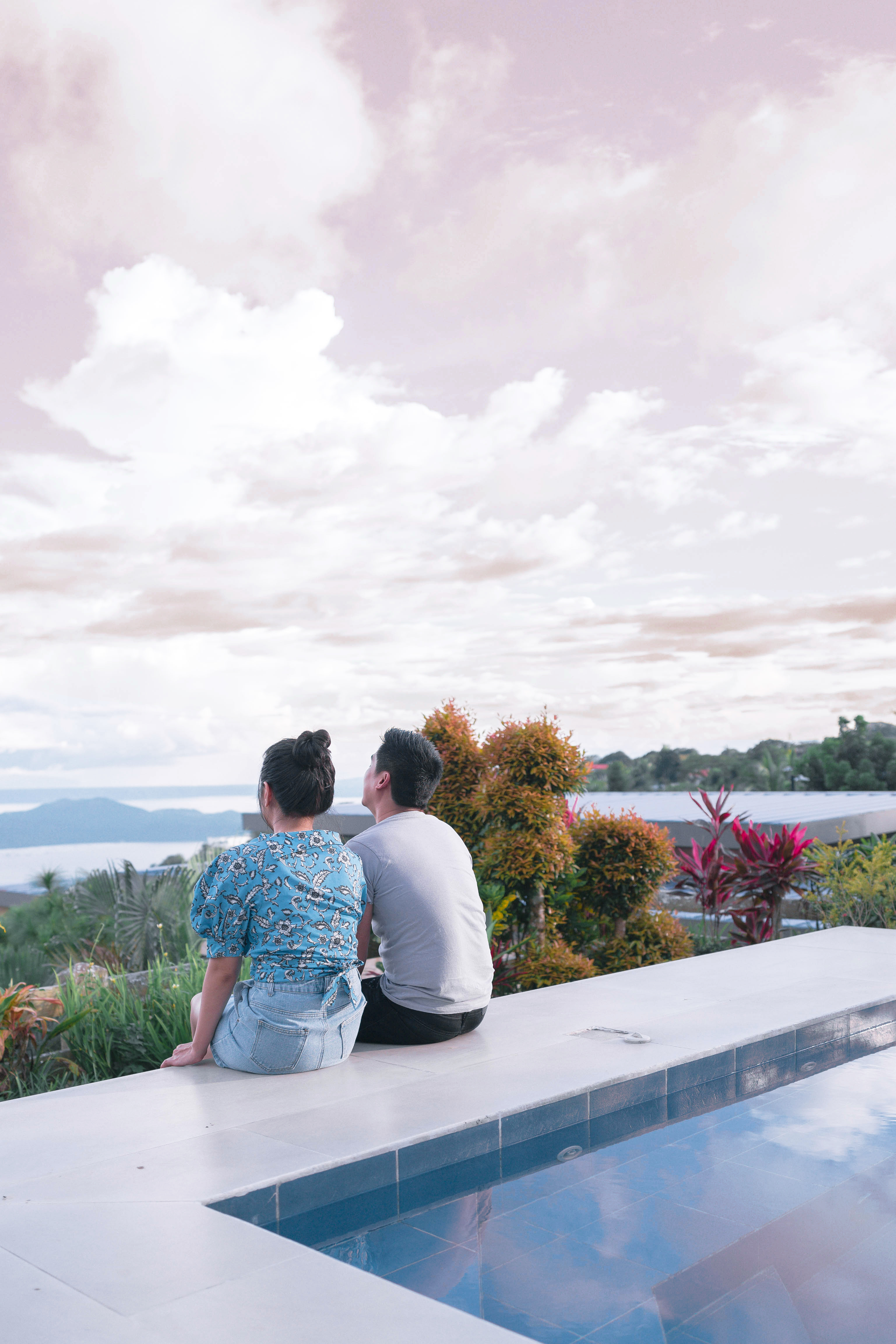 Okay, before you judge Ben and I, we were with my vlog team! haha! That’s the Baby Back Ribs on top and Lechon Kawalli on top of the salmon :) I like the lechon kawalli! 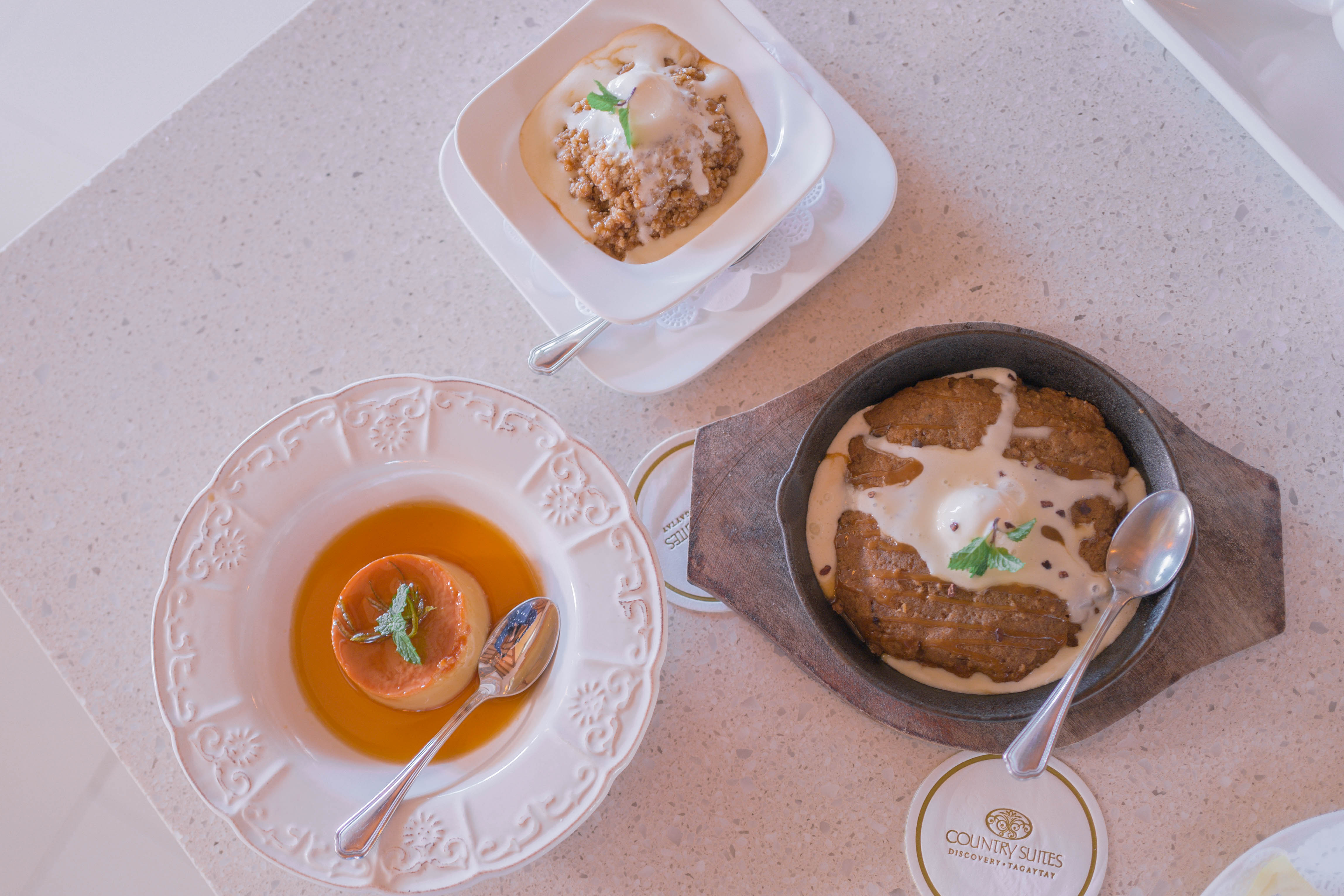 Now to the most important part of the meal! The desserts! I wish I had more time to sit down and enjoy this (because I take my desserts very seriously) but because we were pressed for time to shoot, I just got a bite of each :( My favorite would be Cacao Cookie Skillet followed by the Baked Apple Crsip then the Creme Flan :)

Thank you Discovery Country Suites for making our tummies happy! For those who are curious, here are the awards the restuarant has won over the years: