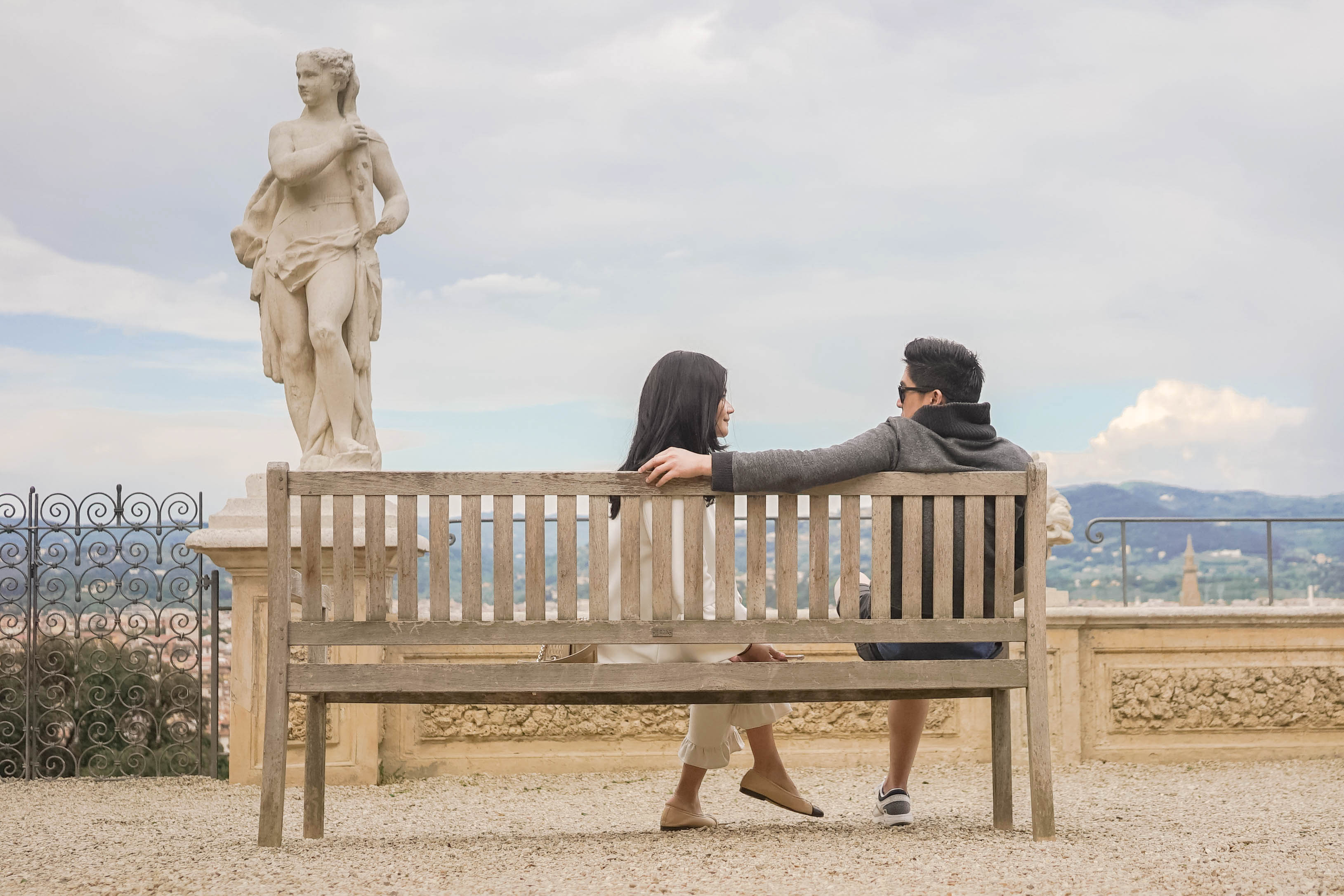 Our trip to Europe was actually a late celebration for our third year anniversary of being officially together :) It’s hard to believe that time flew by that fast because cliché as it sounds, our relationship still feels new, it’s as if there are still a million things to say and we’re still so annoyingly pda/clingy. While things have long settled in, we act as if we just met 6 months ago and he still makes me laugh like his jokes are new to my ears. Now, don’t get me wrong, it’s not all butterflies and it wasn’t a smooth journey to get to where we are now but looking back at those three years, I think we did good :) Now, I haven’t written about Ben in awhile here on the blog so I thought of including something personal to the travel posts that you’ve read in the past (I hope you have!) or the ones will be coming your way in the next few days. Here are things I learned after being in a 3 year relationship in my 20s :) 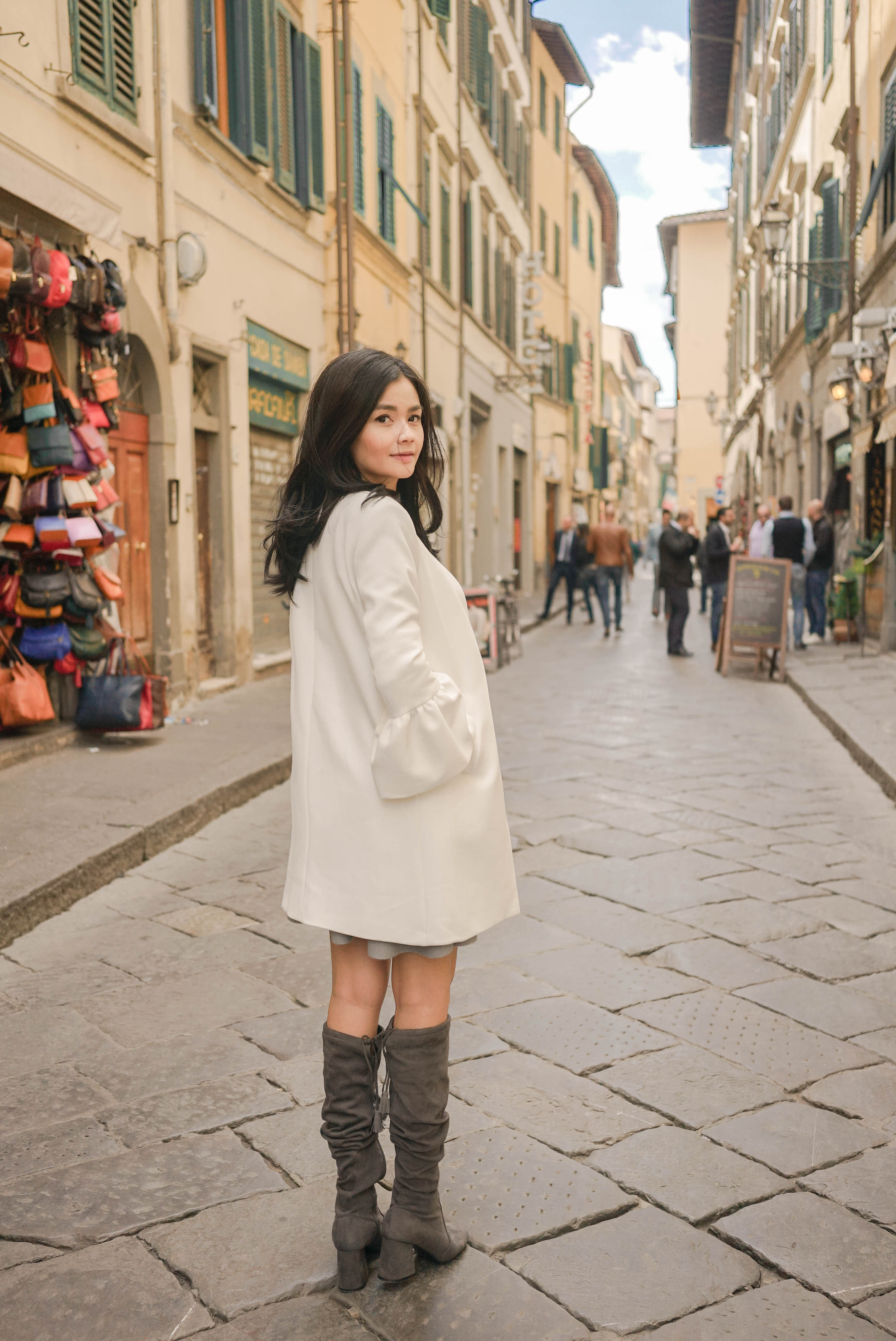 1. Distance is a good thing especially in my 20s. Now, all the people who are in long distance relationships with the problem of different time zones might beg to disagree with me on this but it is a good thing. It might sound weird but not spending too much time together turned our relationship into what we have now :) While we’re lucky to see each other every two weeks, the space we have gave each other time to grow into people outside the relationship,. Which in turn, made us happier together :) Our 20s are the years for us to get to know ourselves better and to know what we want to do in life and how can you do that if you always have someone with you? 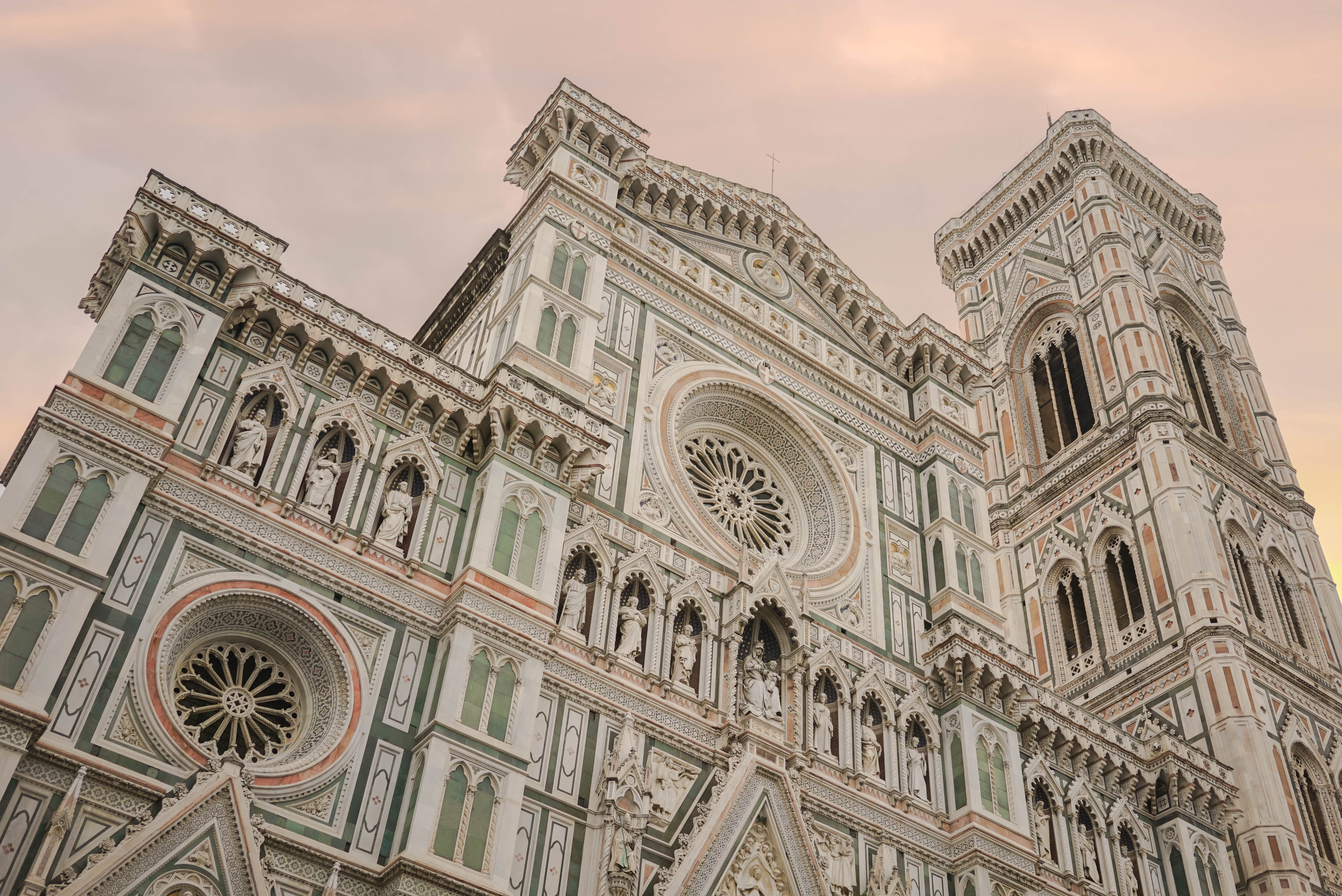 2. It’s healthy to allow him to be someone outside our relationship. This is connected to the first one so let me explain it a little bit more. I used to think back in my previous ones that we had to be together all the time to be happy. I used to think that we needed to have the same set of friends, did the same hobbies, liked the same things, etc but this will make both parties feel suffocated and eventually would want to break free. If you do allow him to be his own person and do other things, your relationship will be healthier. Plus, you’ll have more things to talk about it when you’re together! Right? :) 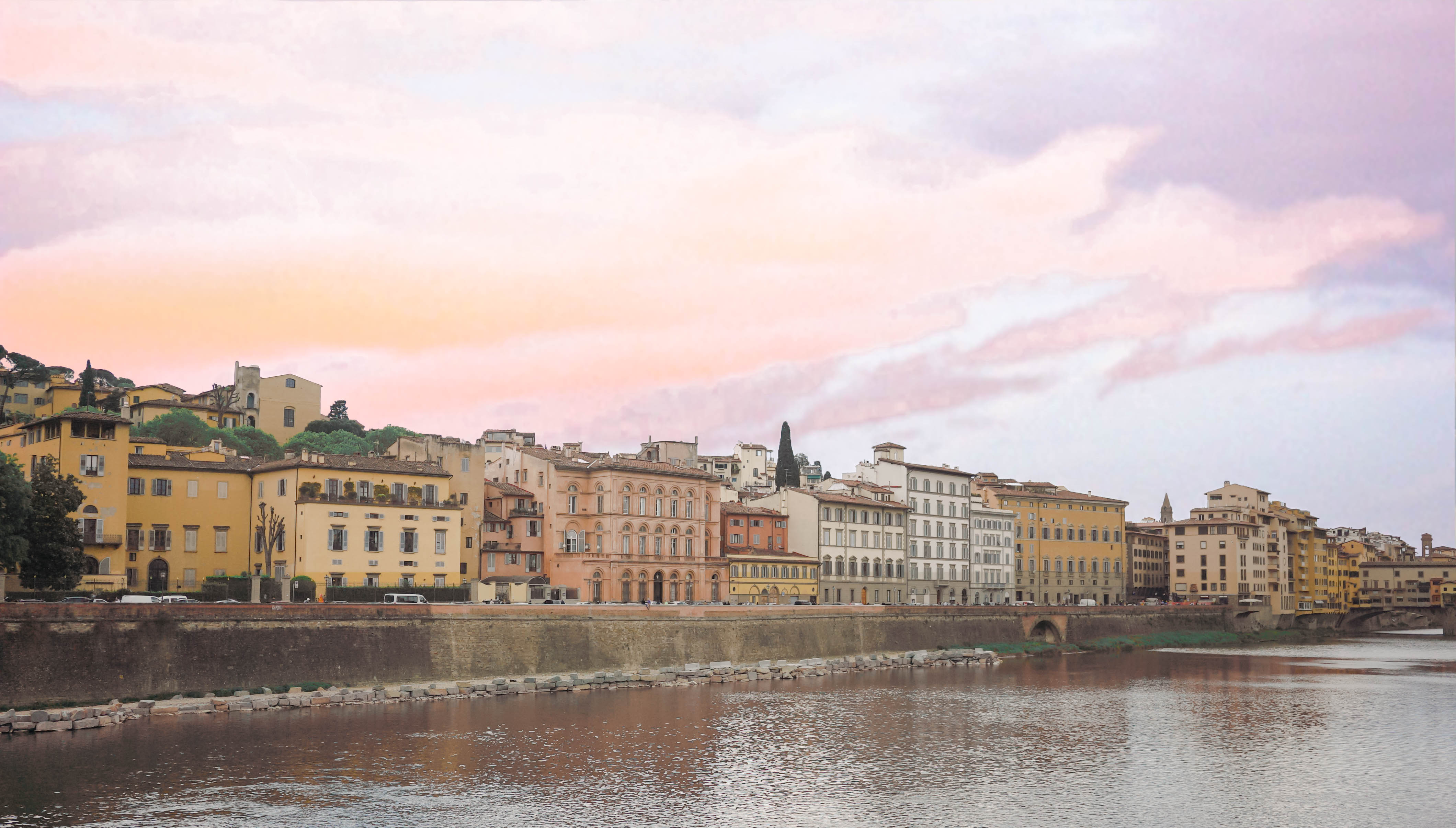 3. It’s good to know his language of love. I’ve only learned about what this is a year ago but it’s one of the smartest decisionsI made to know Ben better. After knowing what his language was, I understood why does things more and realised that his way of saying I love you is so different from mine :) 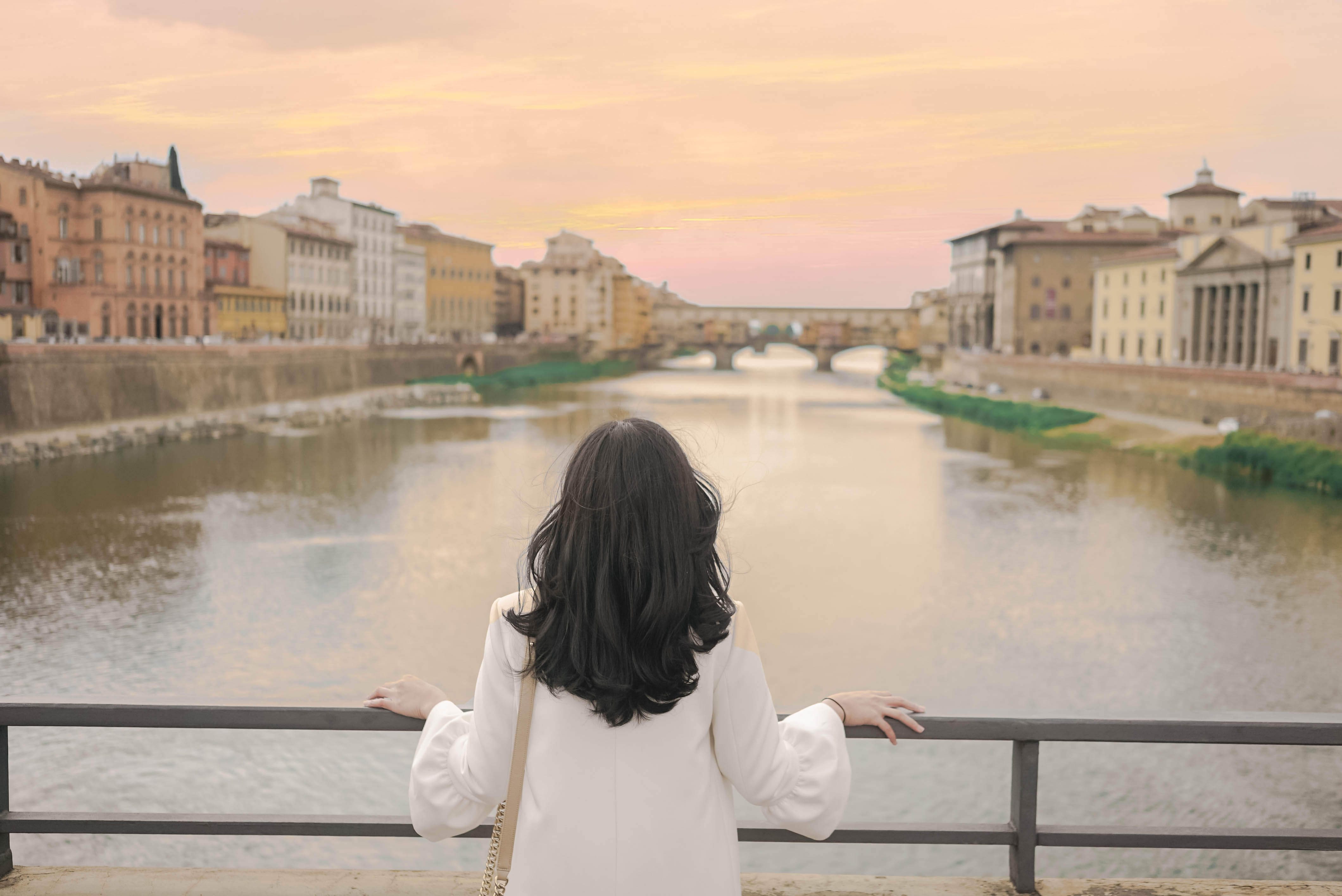 4. There’s a thin line between giving him space to do what he wants and making him feel like I don’t care. I’ve said that it’s healthy to give him time to be with his friends, get into what he’s passionate about or even as simple as having meals without you but you have to know when to draw the line. It’s hard when a person feels like his partner doesn’t care because that’s when he’ll do things that will make you upset for the reason that you don’t care to ask or react anyway. It’s vey tricky but after awhile, you’ll get when to :) 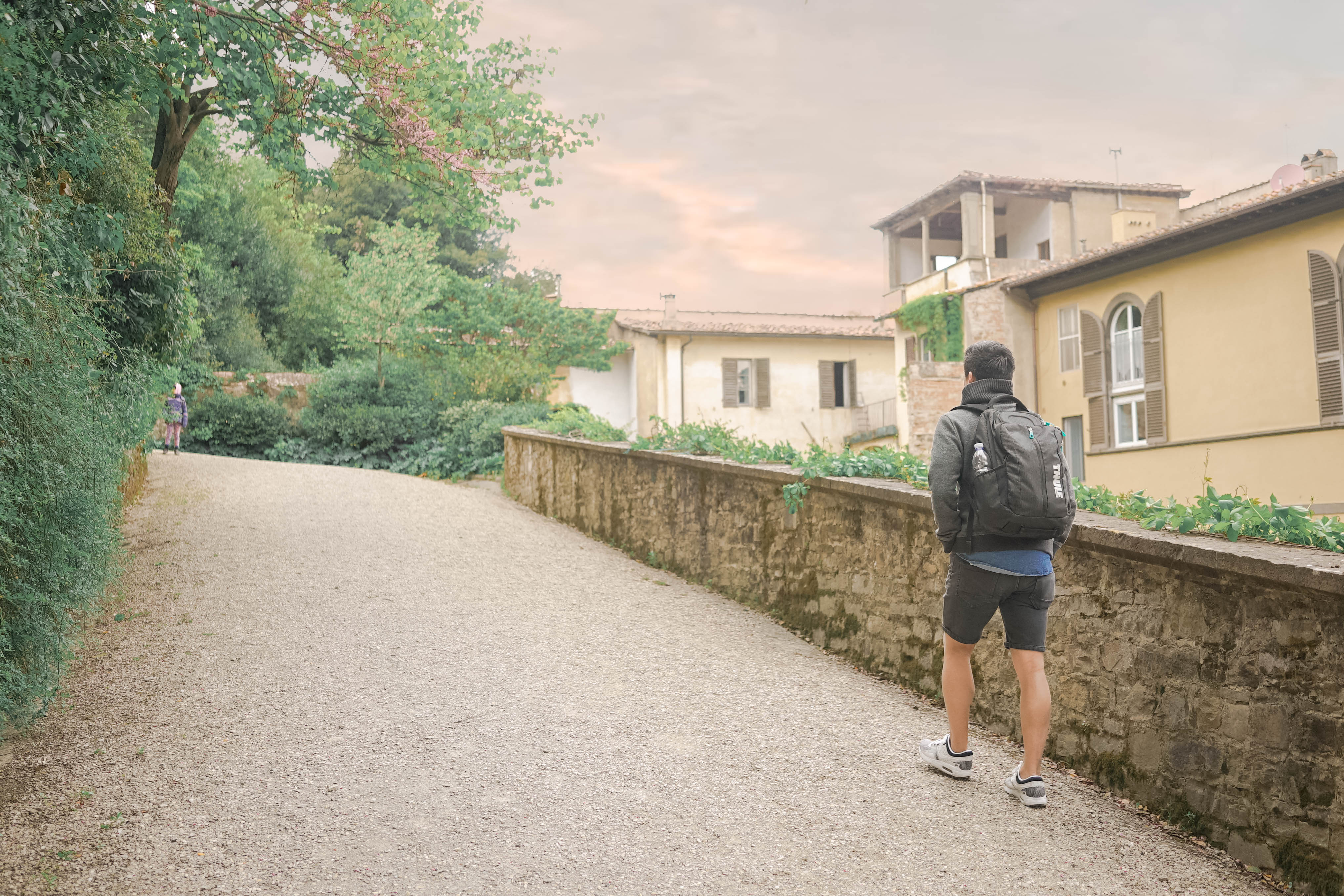 5. There’s a thinner line between showing that I care and being a psycho. Now this I believe is trial and error but just do this before you get mad or react, say it out loud and pretend someone else is saying this to you, how will you feel? Also, trust your gut, if it tells you that you have to do it, then do it! :) It’s right most of the time, anyway. 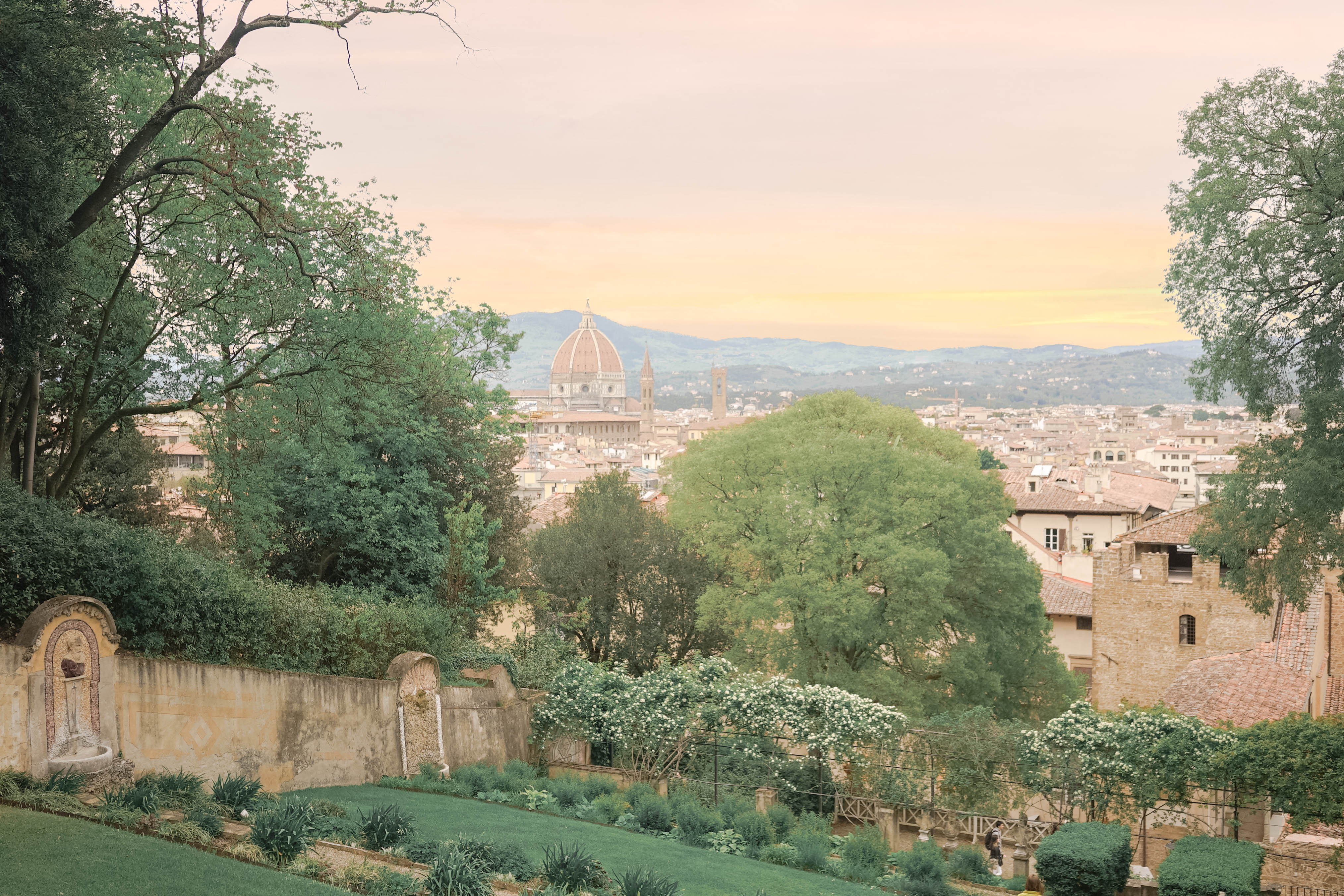 6. Before sending an angry text message or answering back in argument, count to 30. Breaaattheeeeee…. If you don’t, you’ll probably tend to say something you don’t mean then regret it later :( 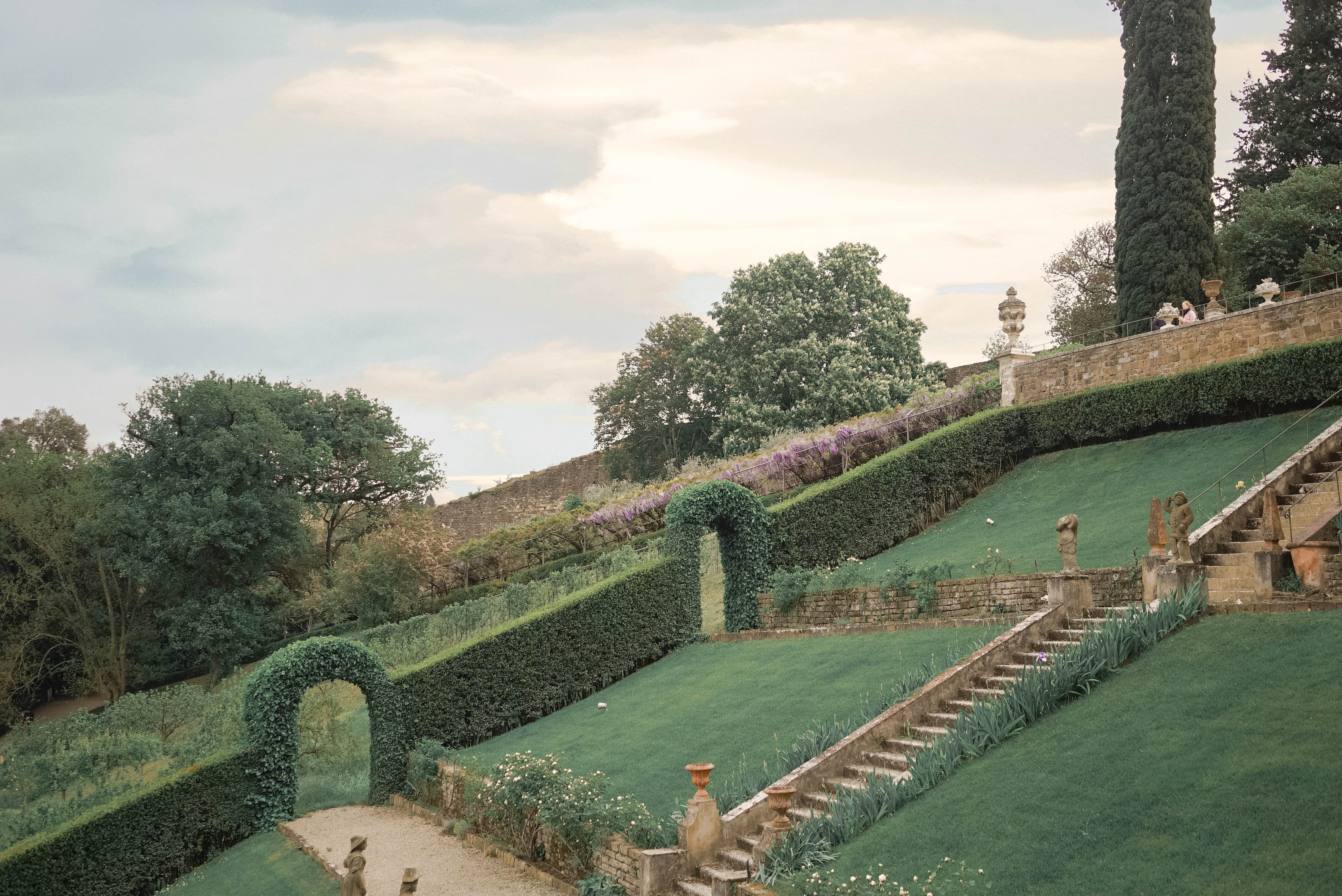 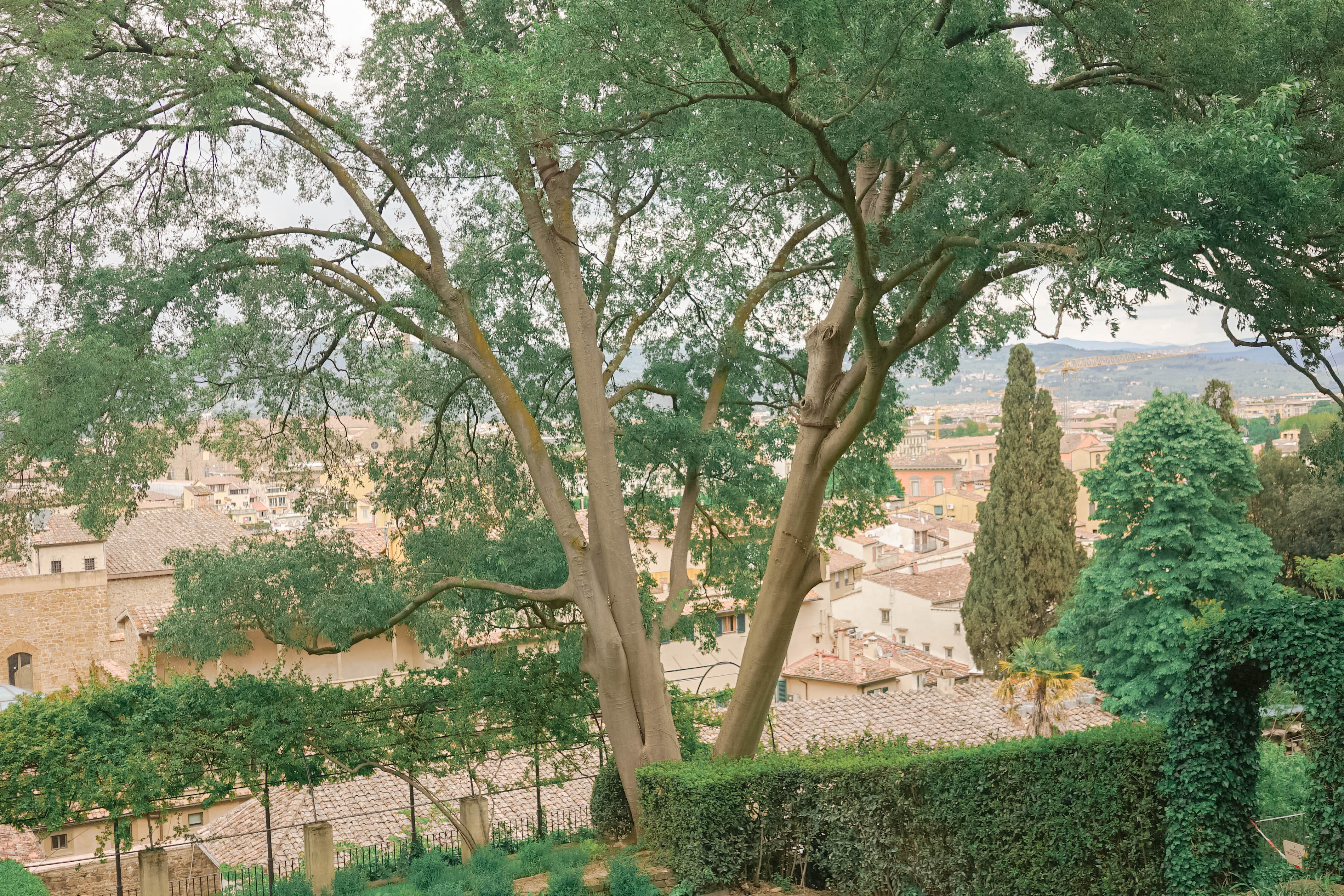 8. PMSing is not an excuse for me to make him my emotional punching bag for the day. Who else here is guilty? I should really just stick to eating an extra serving of chocolates and chips! I’ve improved over the years though so yay!! :)

9. BUT a sincere sorry, admitting you’re wrong and a few uninterrupted hours of playing his favourite video game will do the trick when you can’t help it :P It took me a year to realise that this is the magic formula! 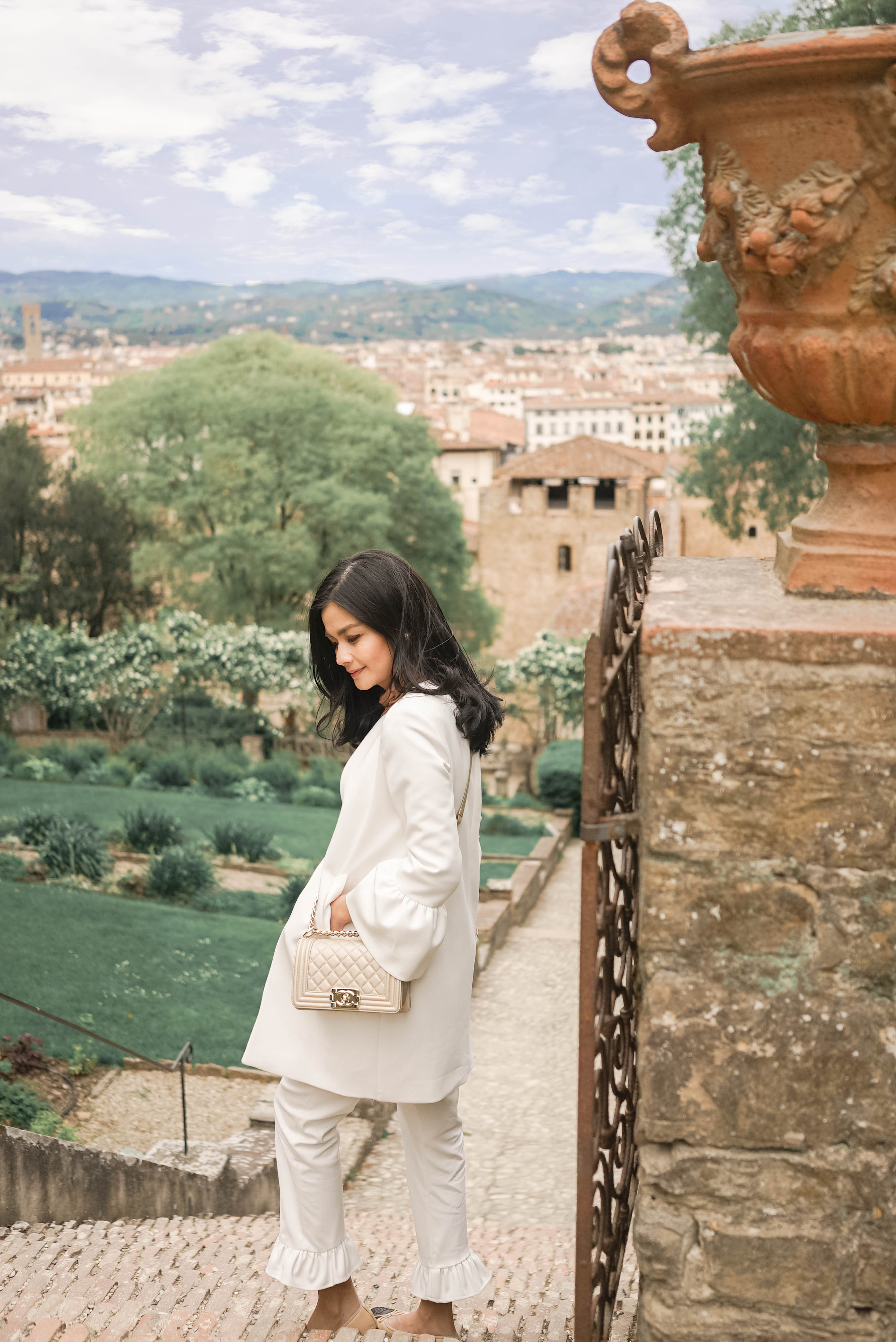 10. Respect and friendship are the strongest foundations a relationship can have. I’ve read somewhere that relationships are an everyday choice. That one should always be thankful because every morning, your boy/girlfriend makes the choice to be with you. Now, we have to admit that there can be days where it’s a hard choice to make but when you are best friends too, it makes it easier. It’s hard to let go of both your best friend AND boy/girlfriend right? :) Also, I’ve learned that if you have respect for your partner, you will treat them better without even trying. 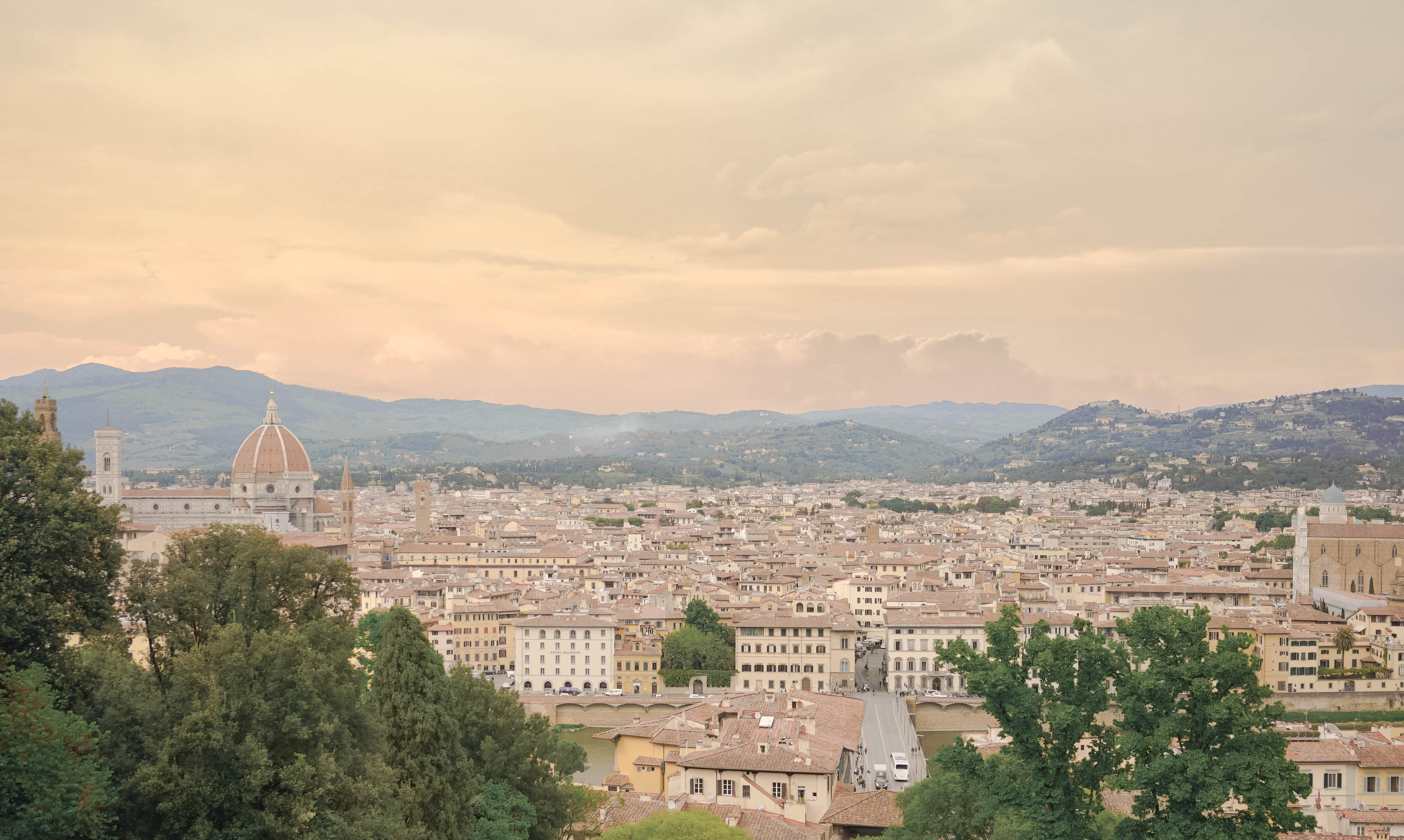 11. Make an effort to laugh at his jokes. During one of the lowest times in our relationship, Ben mentioned randomly while we’re trying to fix things that I barely laugh at his jokes anymore. When I first heard it, I thought, wow, what a shallow reason! Then later on, I realised how much making each other laugh is so important in a relationship, how one of things that make or break a couple is humour. If you don’t find them funny now, you never will and you’ll probably find someone who will. 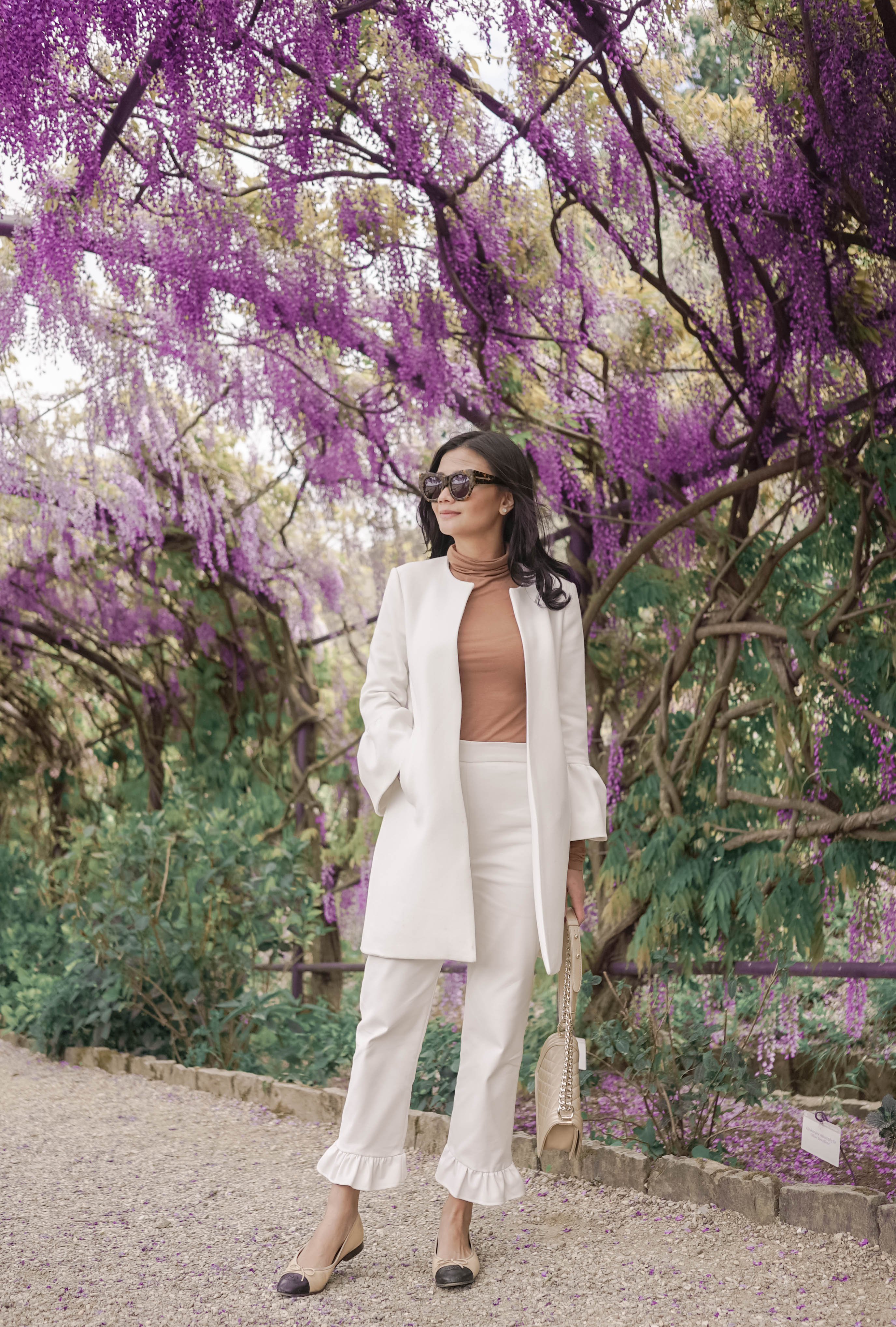 12. Stop OVERTHINKING. He probably doesn’t notice what’s bothering me about the relationship. 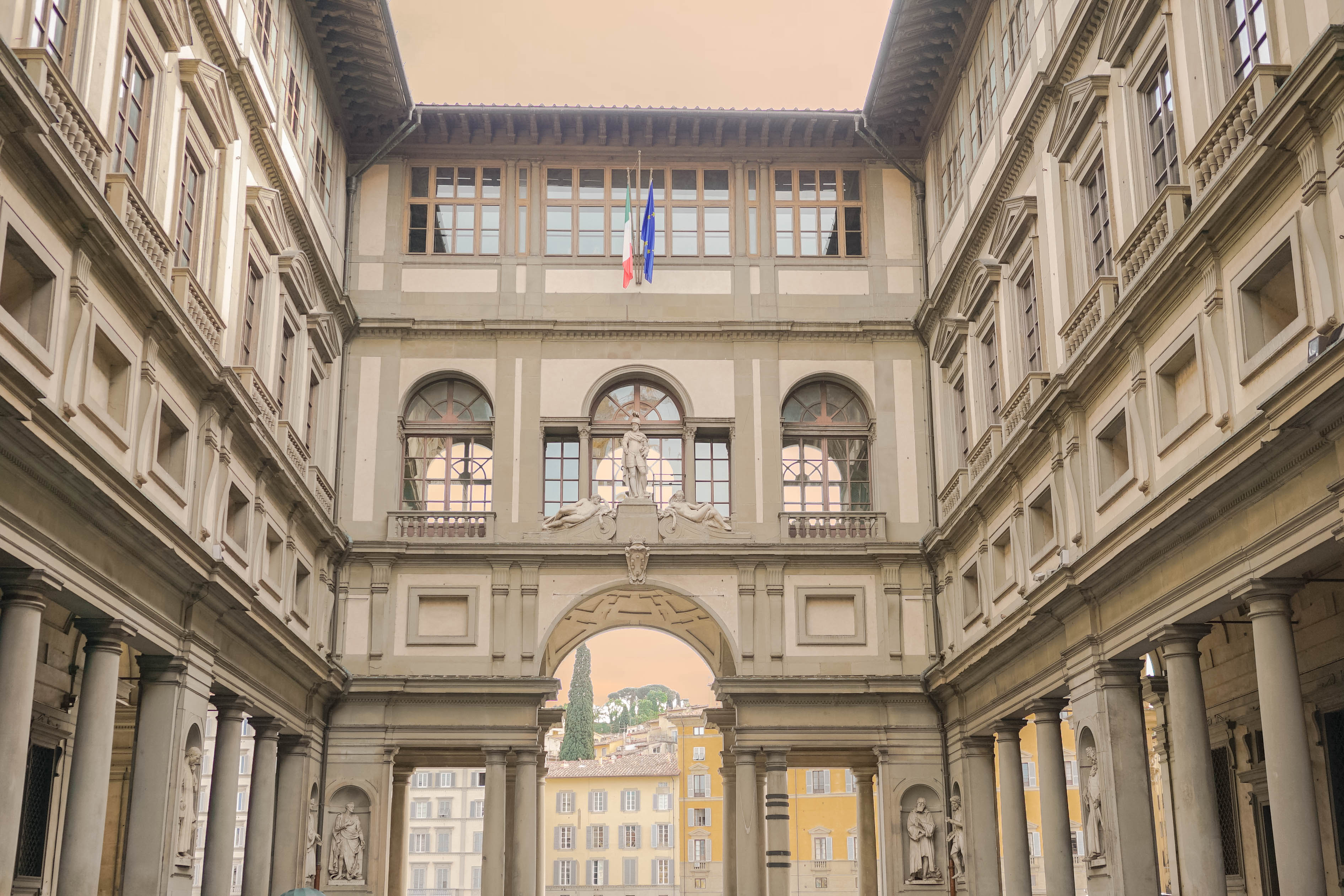 13. If he’s in a bad mood, it’s most likely not about me. Okay, it’s still hard for me to remember this but boys are very easy to read. If you did something wrong and you upset him, he’ll tell you. If he’s suddenly in a bad mood, it’s probably because of work, his family, he just got bad news about something not about you or as simple as he wants to get home already and play another round of WOW or that he needs to go to the restroom and is just shy to tell you. hahaha! :) 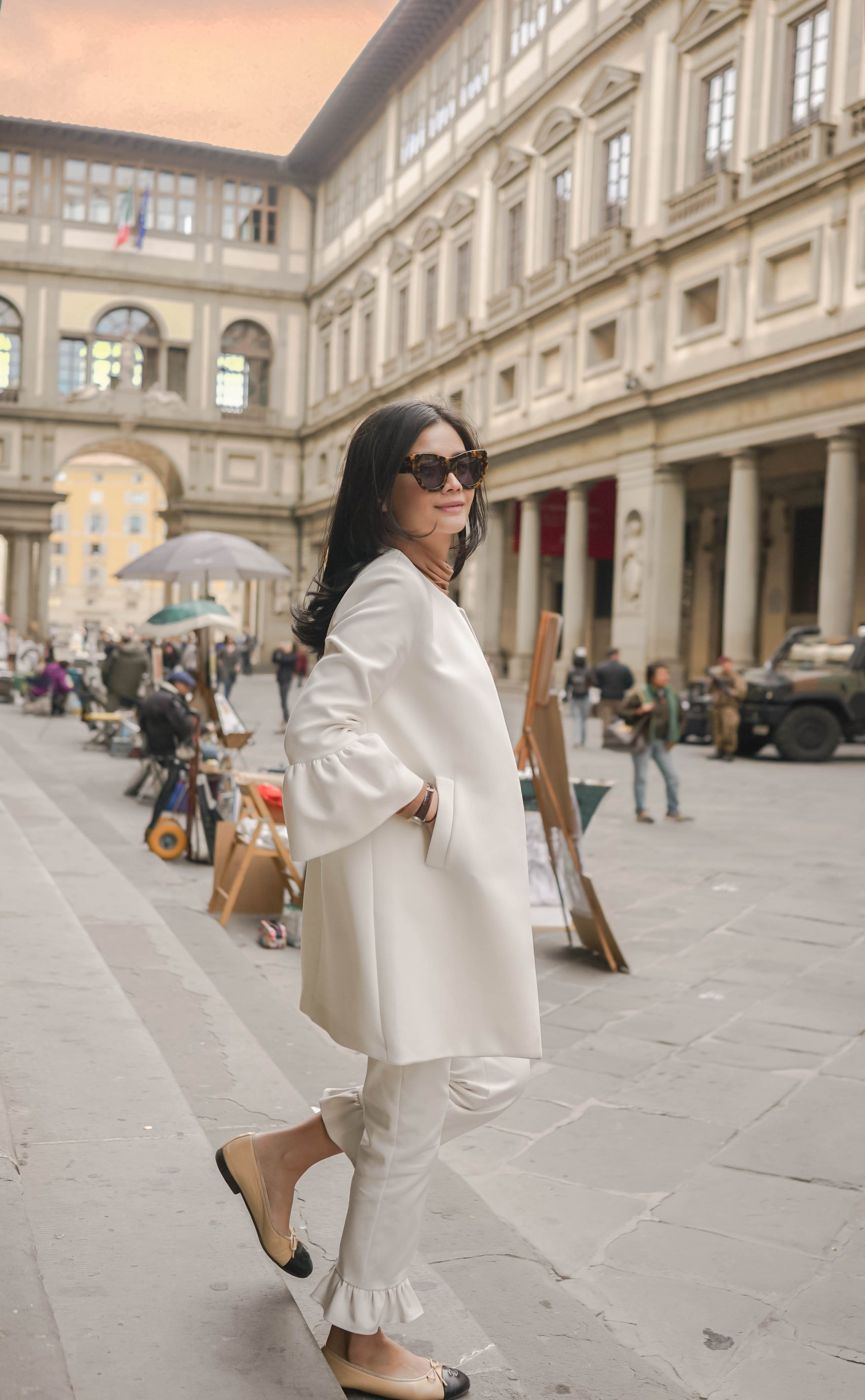 14. Always reevaluate why you’re together so you know you’re still on the same page. I don’t mean every month or every 3 months, just when you feel like things are changing. This way, you know that you’re on the same direction and you want the same end goal. Once you’re not anymore, at least you know it’s time to stop wasting time. 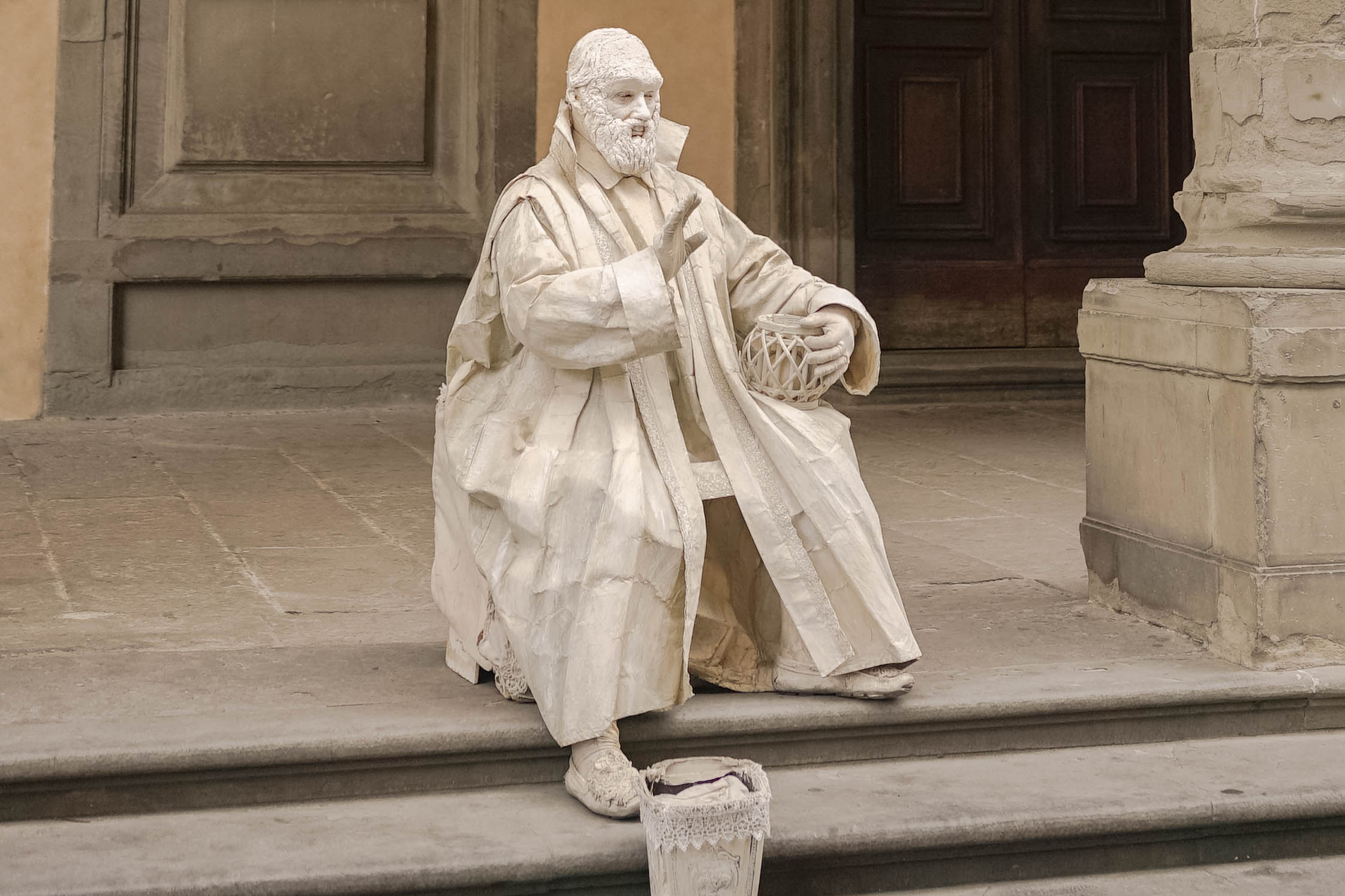 15. The way to avoid boredom in a relationship is being happy outside it. 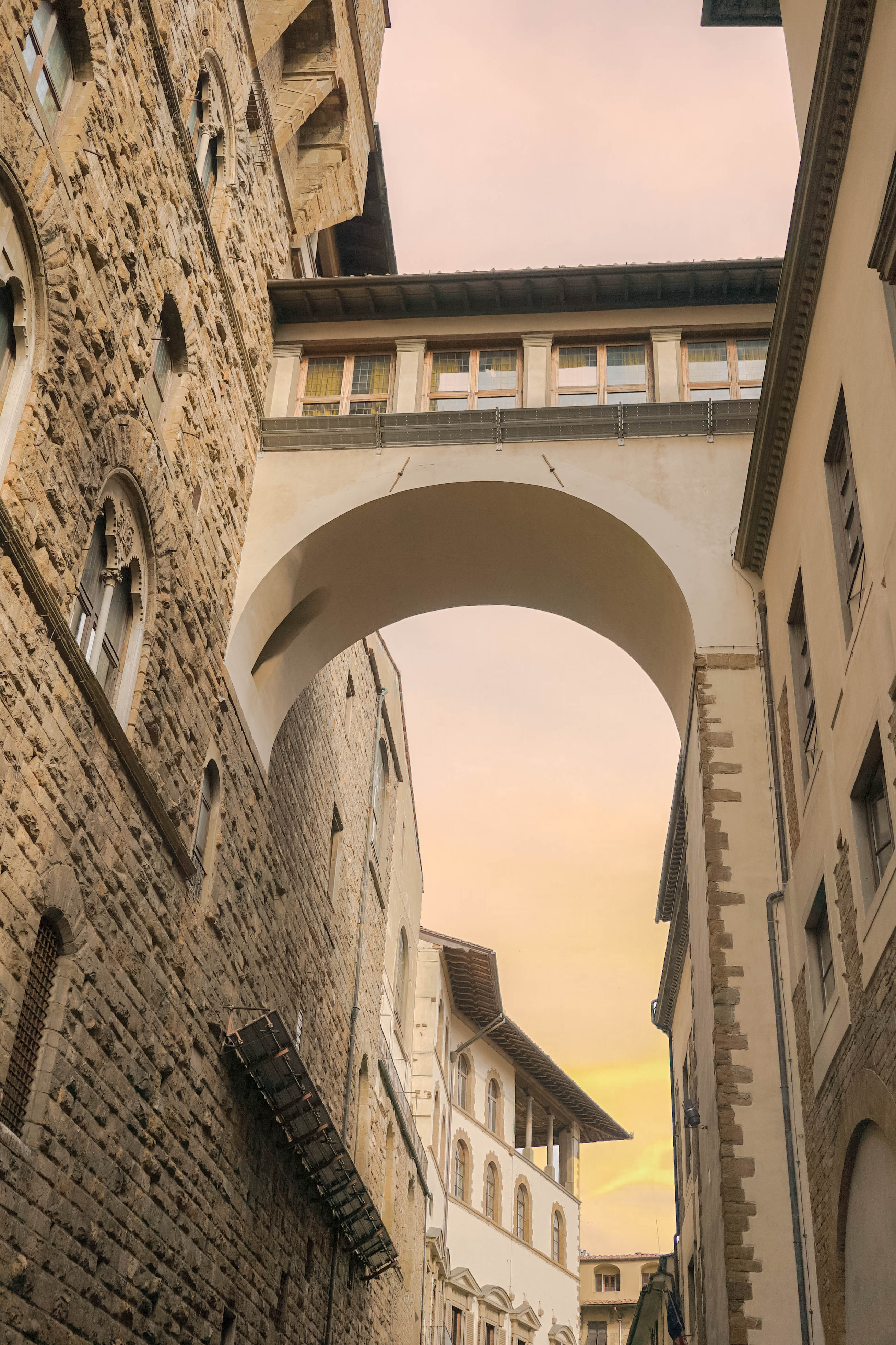 16. If he gets along with your family, you’ve got a catch. Especially if both your parents like him. He should still be wary of their opinion no matter how long you’ve been together already. Make sure he’s comfortable but not comfortable enough that he’ll stop trying to make an effort for them to constantly like him. 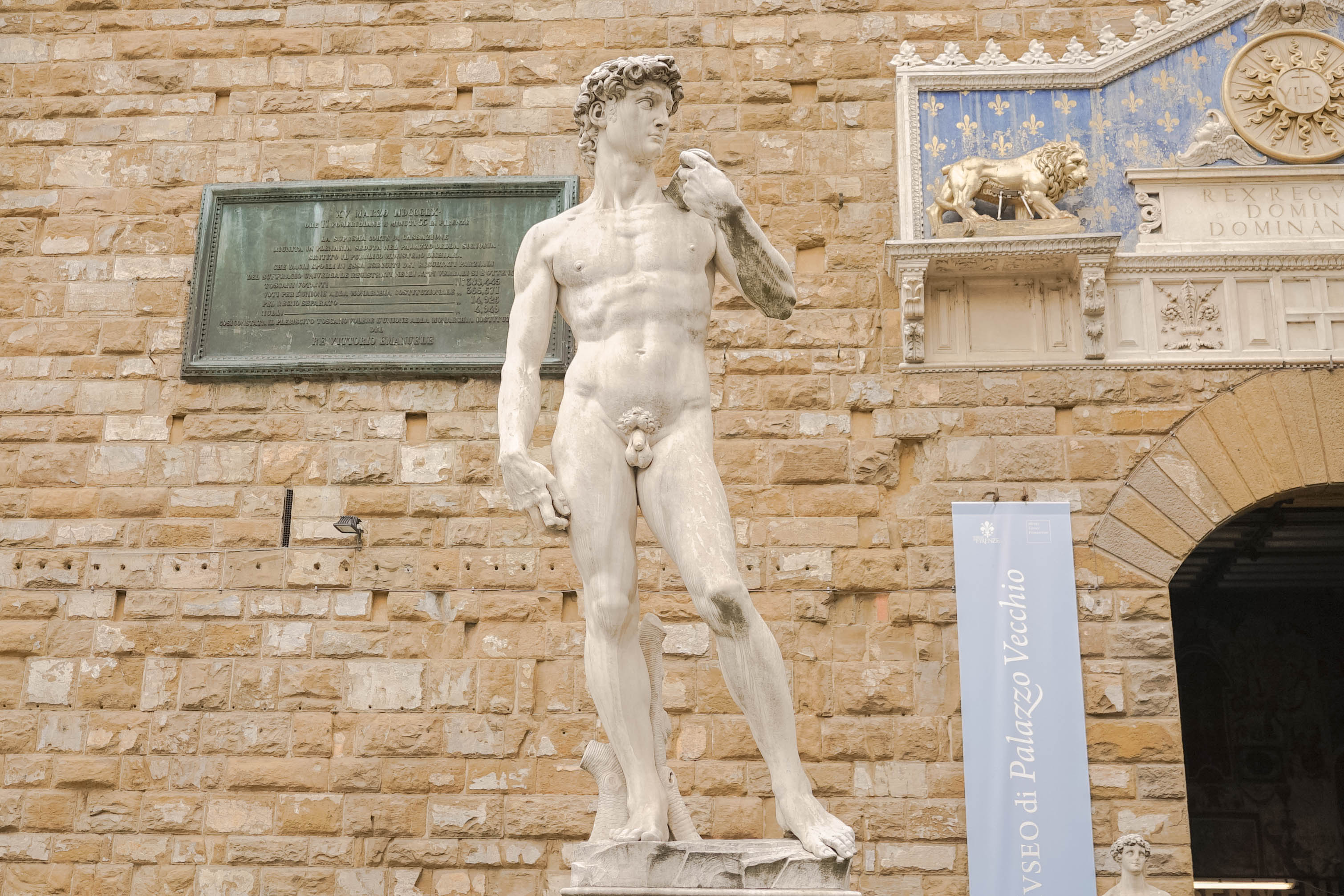 17. As much as possible, keep phones off the dinner table. Don’t be that kind of couple you see everywhere nowadays. 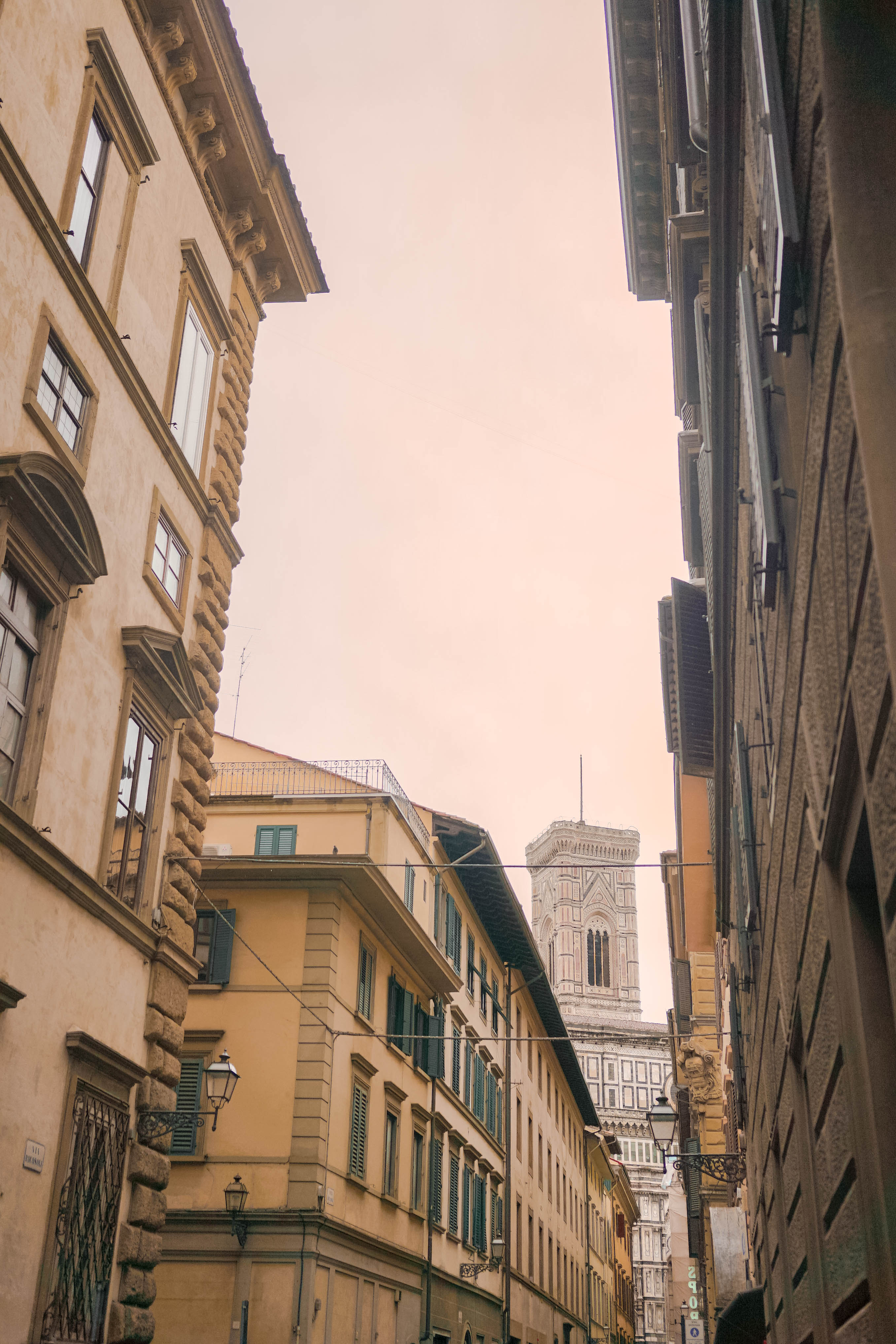 18. Don’t take too long to say what upsets you. The more you have anger boiling inside you, the more things will get out of hand once you blow up. 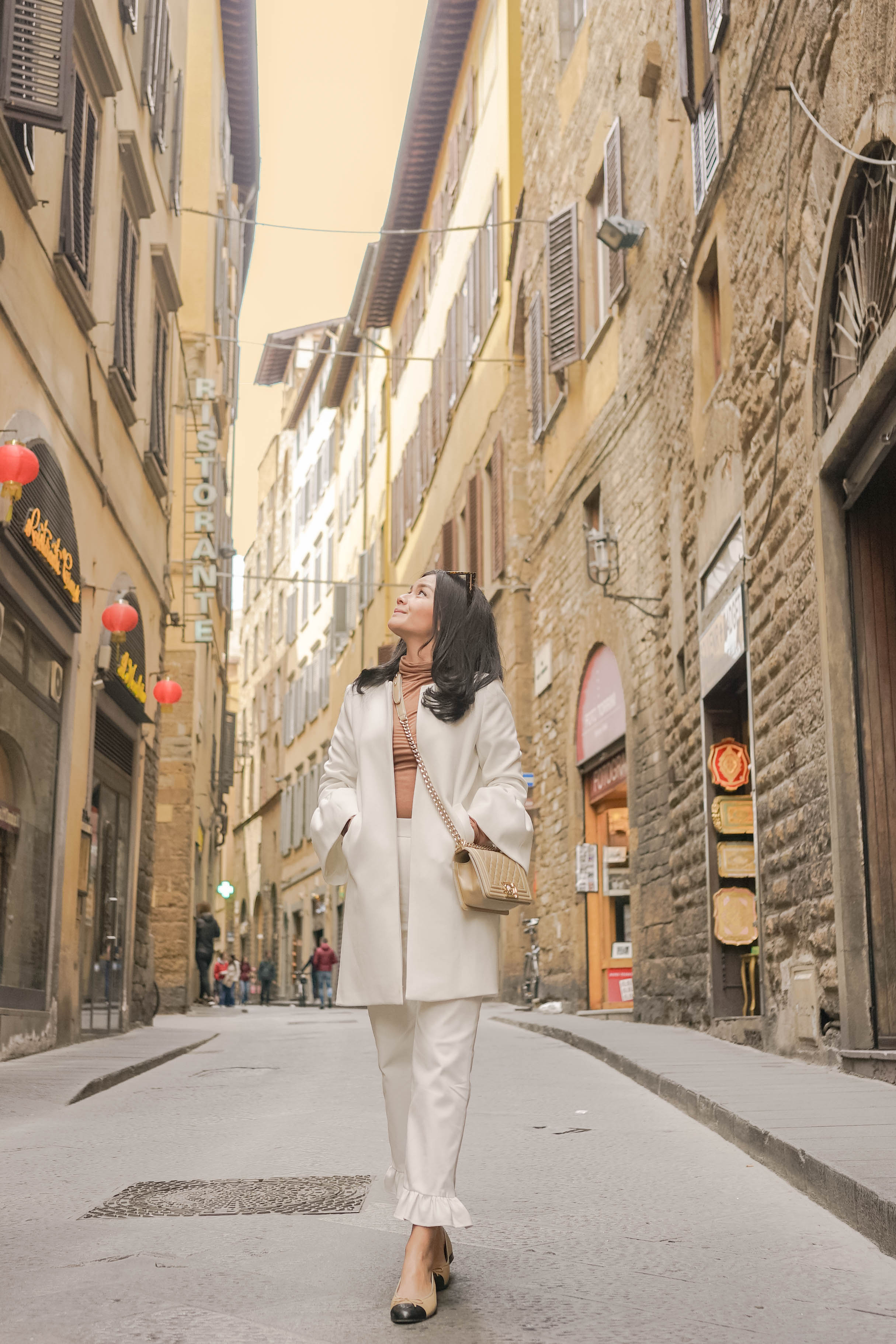 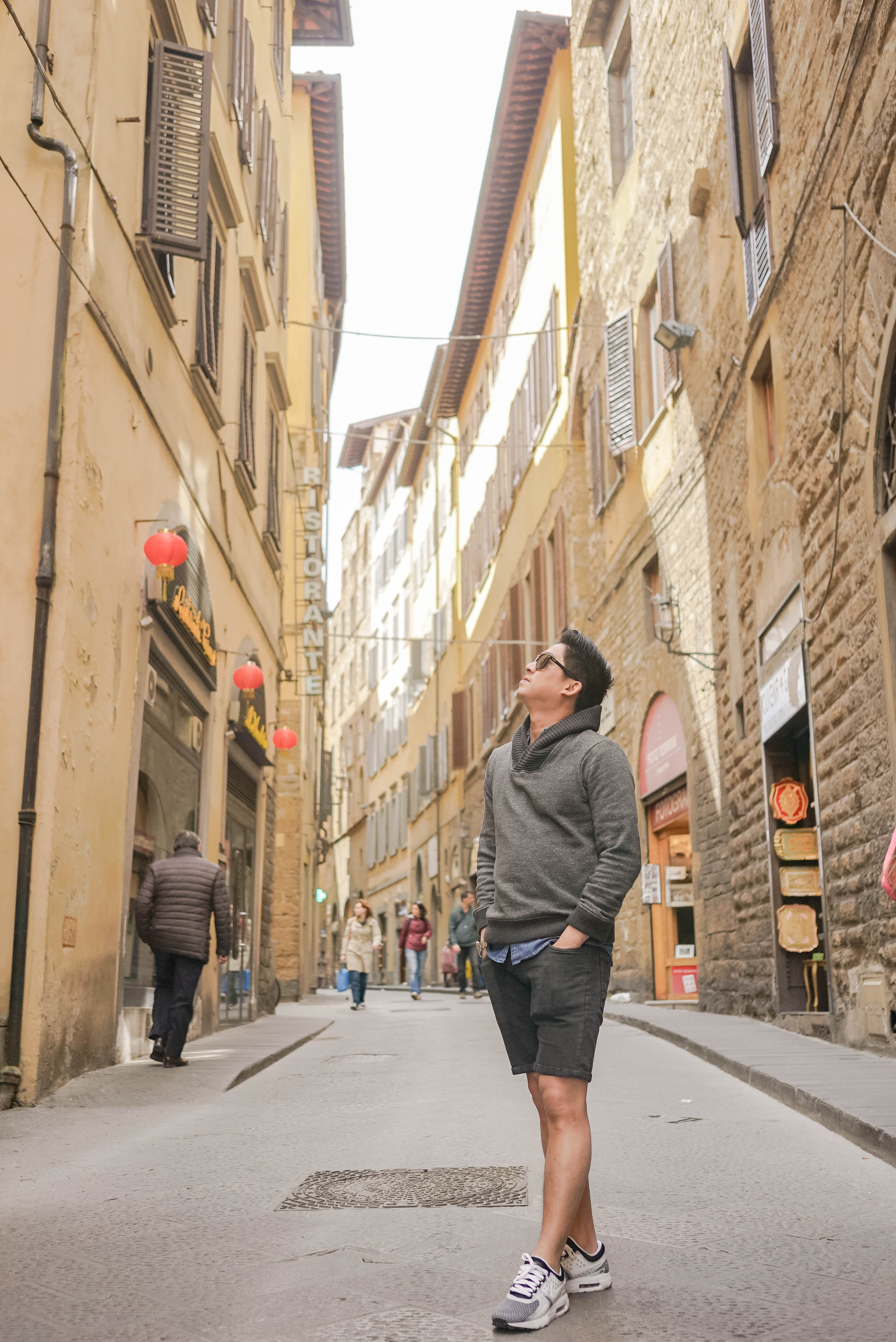 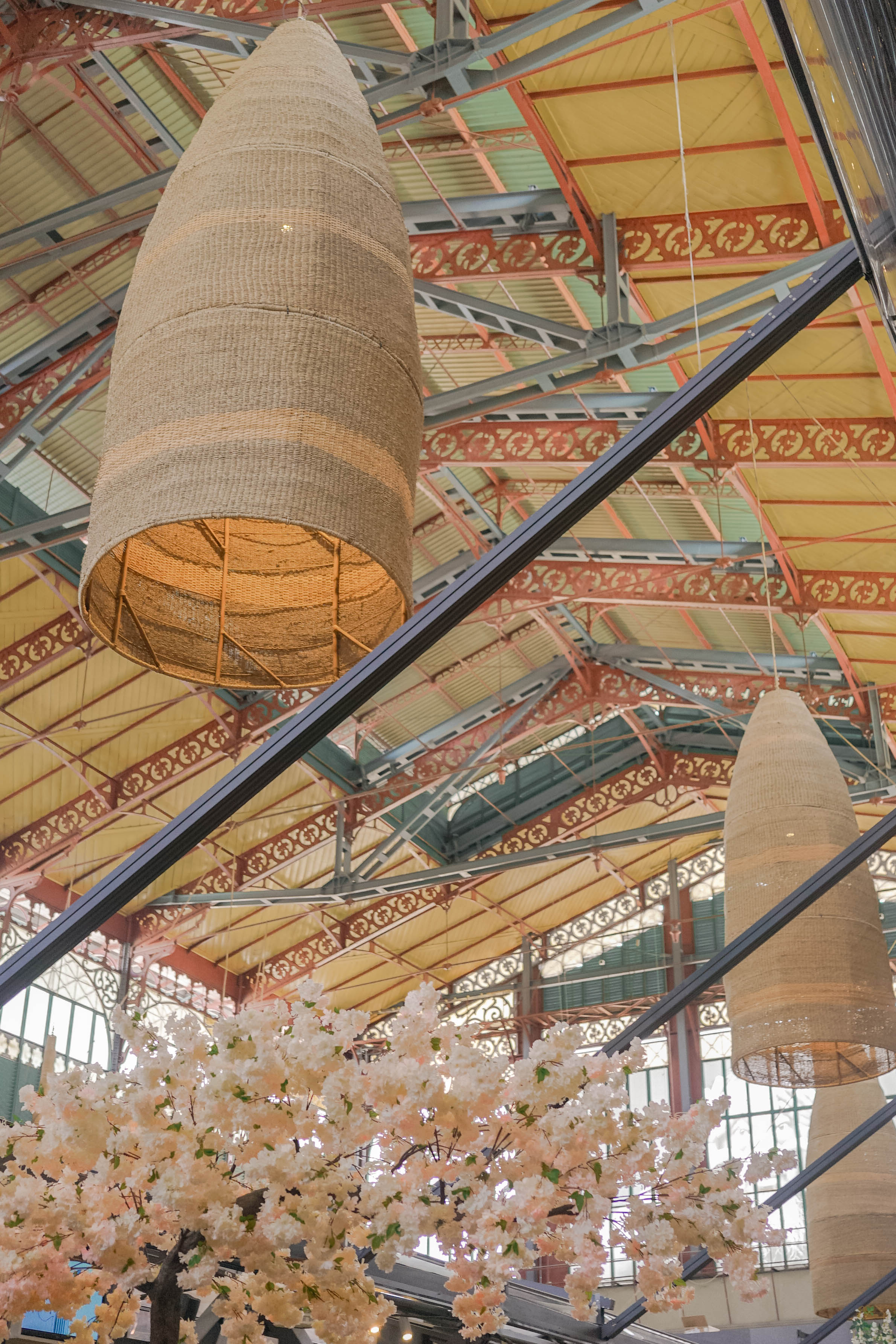 Hope you enjoyed this blogpost and the photos we took from Florence! :)