An Affair To Remember

While I’m cursing jet lag right now for making me a zombie at 6:30 pm, I thank it just a tad bit because I’m now up at 4:50 am writing this blog post just in time for you to read when you wake up! :) haha! I’ve been having the funniest past 3 days now since I get this natural high starting at 3 pm that ends around 4 pm and I start to get sleepy. By this time, I get so panicky about me sleeping to early that I eat everything in sight just to keep awake but only to crash from all the sweets and food and sleep 2 and a half hours later! haha I was done with jet lag on my 5th day while I was in New York so I’m crossing my fingers that tomorrow will be my last :P haha

Anyhow, I will be telling you how my first week in New York went when it was just Ben and I then when our friends arrived on the 7th day. Basically, just New York prior to all my twinning outfits and VVposing with Verniece! lol I already mentioned how our days would go by when it was just us and the days after that were no different! :) On our 3rd day in the city, we visited TriBeCa for the very first time to eat at one of the famous brunch places, Baked. 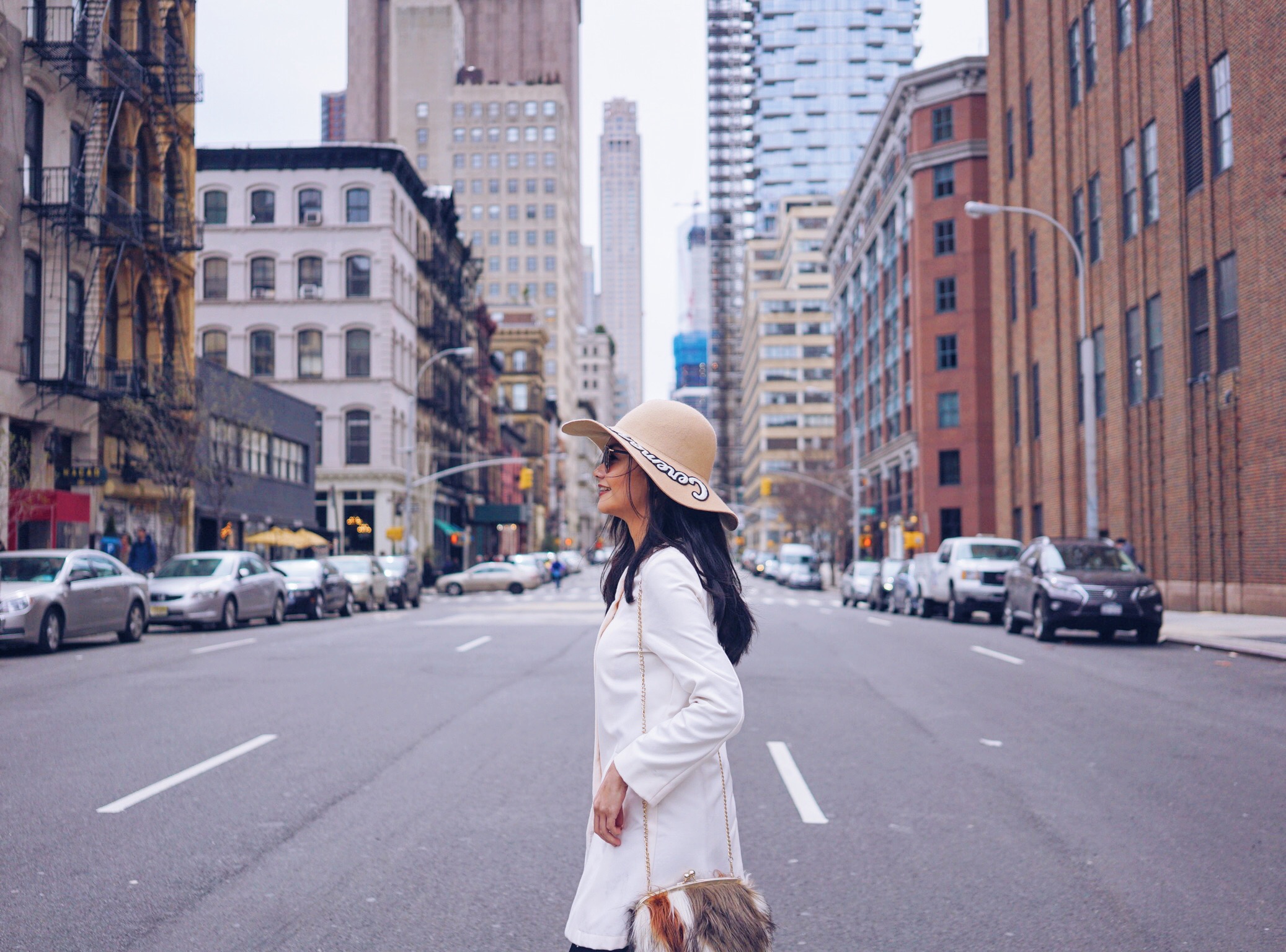 What I love about NYC is how each neighborhood shows you a whole new different world. From the architecture, to the people, to the stores around an even how expensive restaurants are. TriBeCa is more downtown, something like SoHo but less hipster-y and “cool”. There were alot of brunch places around but the buildings here were not as impressive on photos as the one in West Village. The streets were emptier which makes a great location to take the I’m-casually-just-crossing-the-street-like-a-true-New Yorker pictures :) haha! 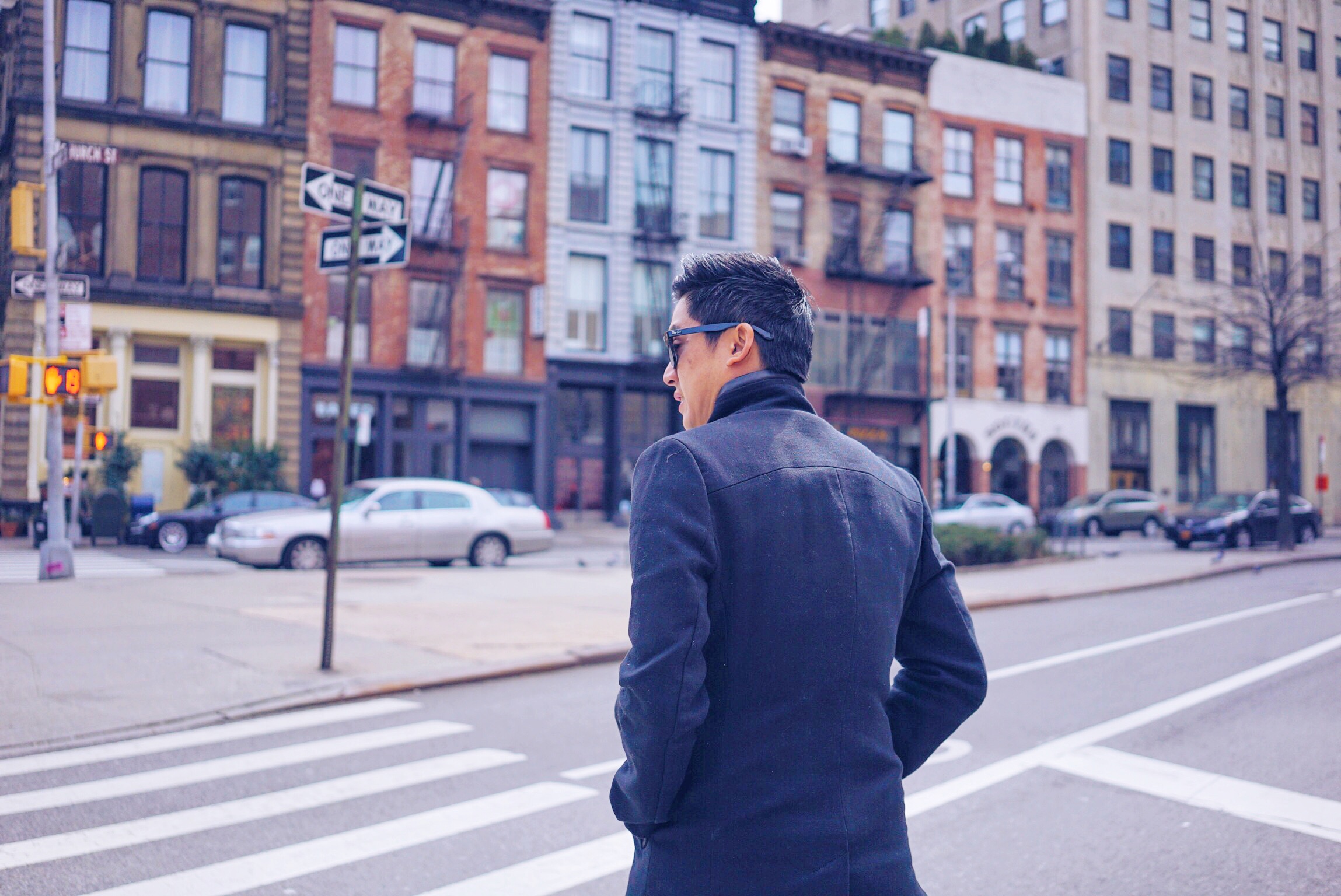 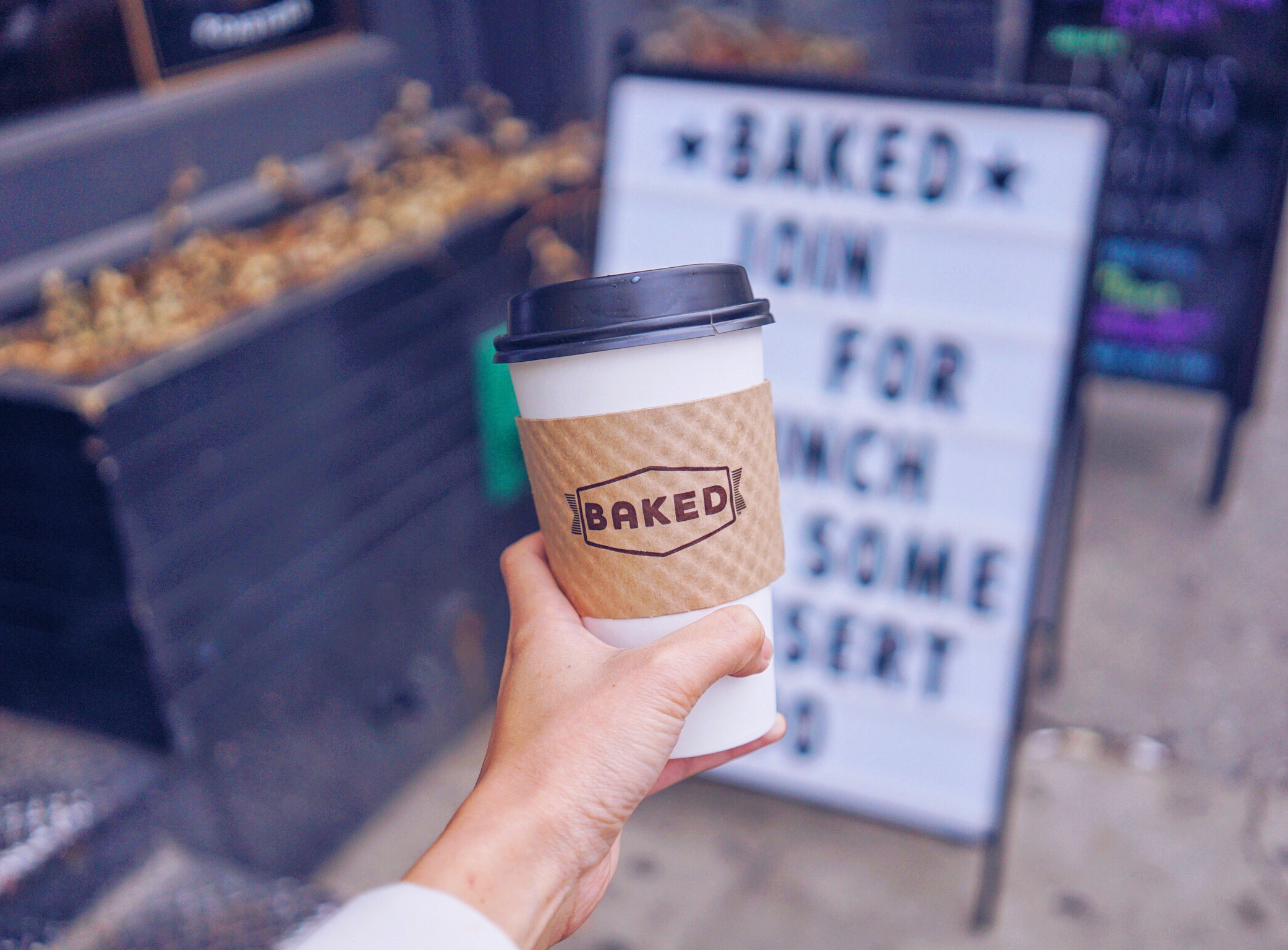 I still had jet lag at that time so I was awake by 4:30 am and bought my breakfast at the deli below our apartment that made me order nothing but a skim flat white. I love brunch places that serve this kind of coffee! It’s my favorite and the only time I ever like milk in my cup of joe. Tried Ben’s food though and it was just so-so. 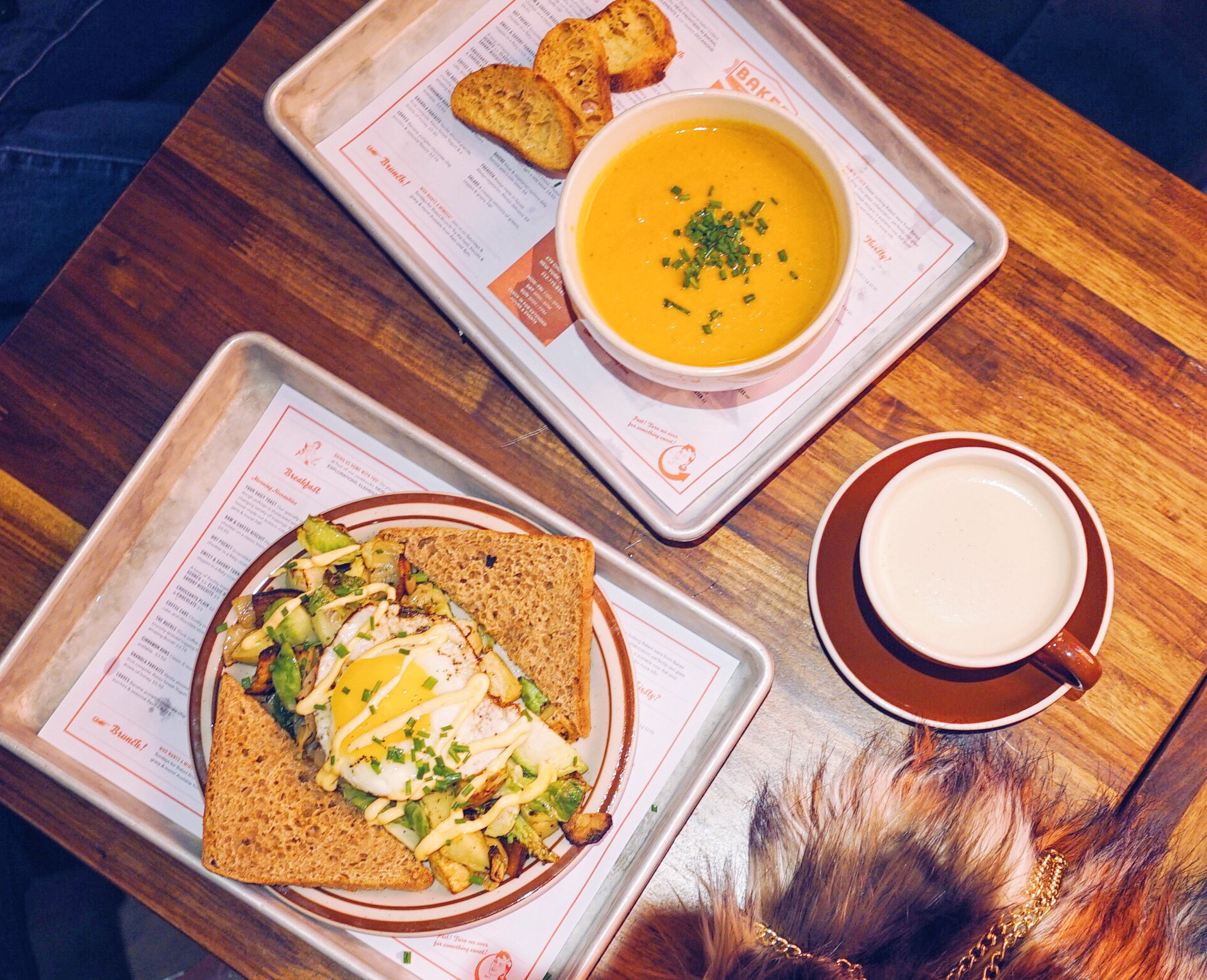 After walking around the area and trying our best to avoid Chinatown, we ended up in the Lincoln Center area and just decided to take my outfit photos for the day there. Wish I saw it at night though! :) 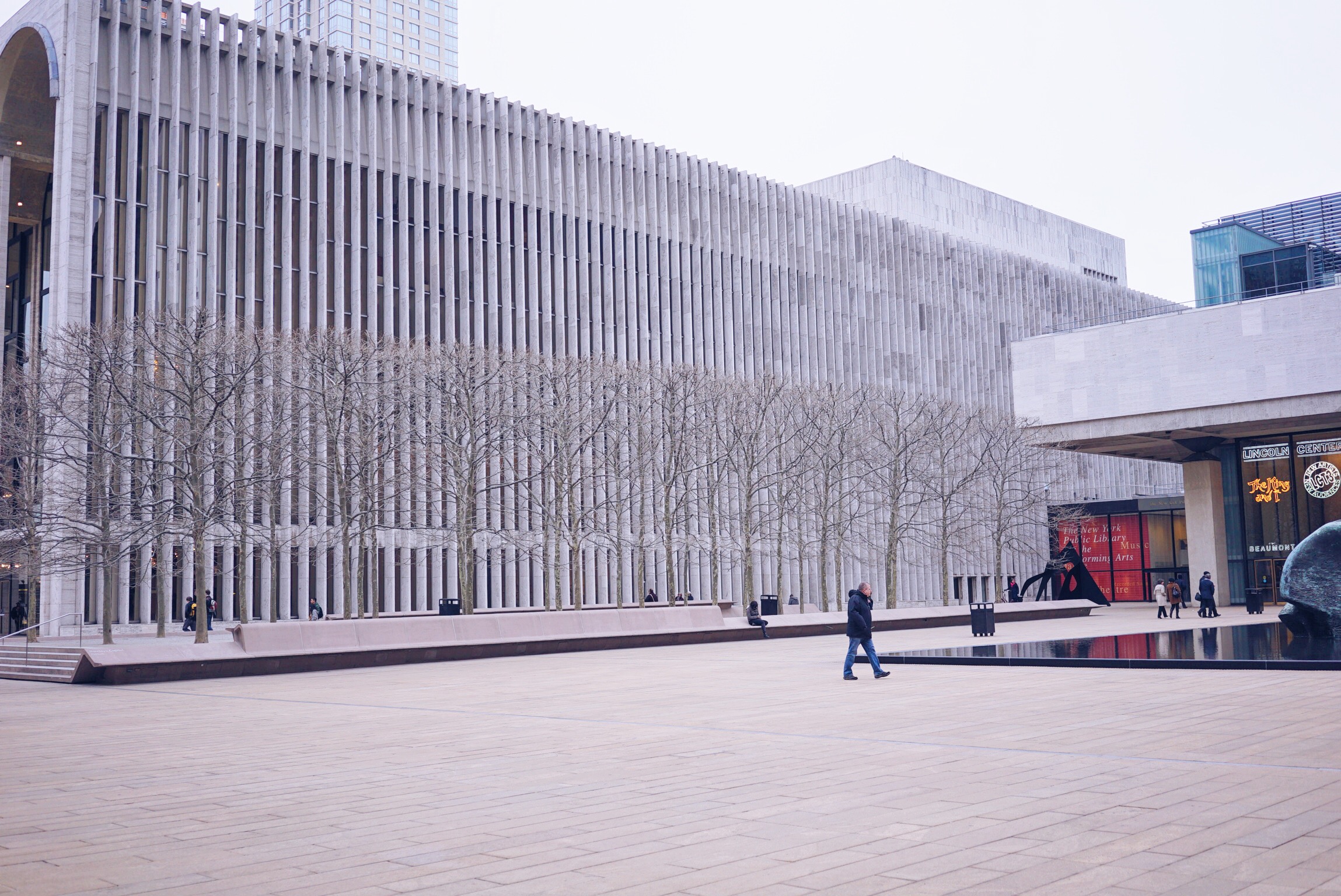 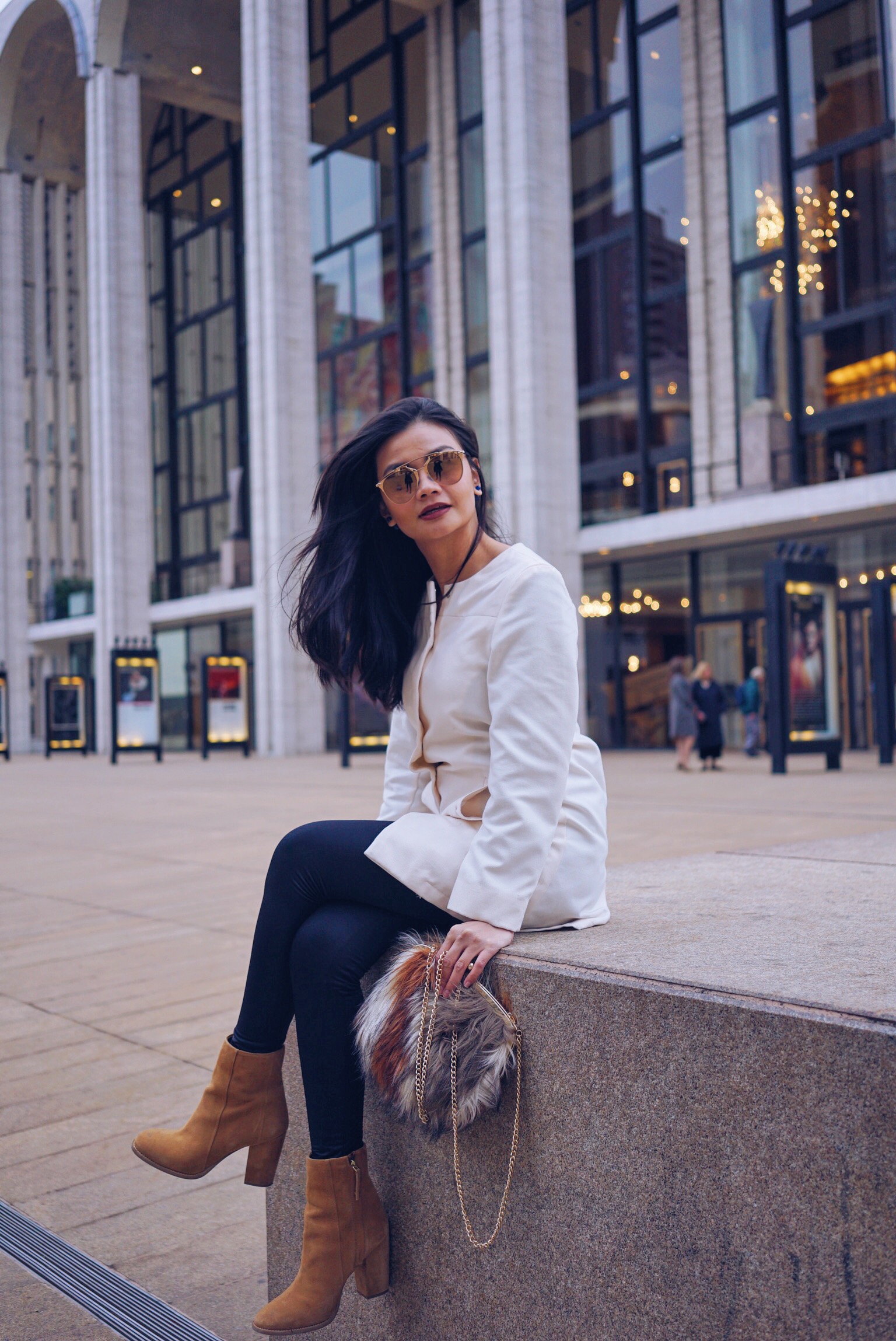 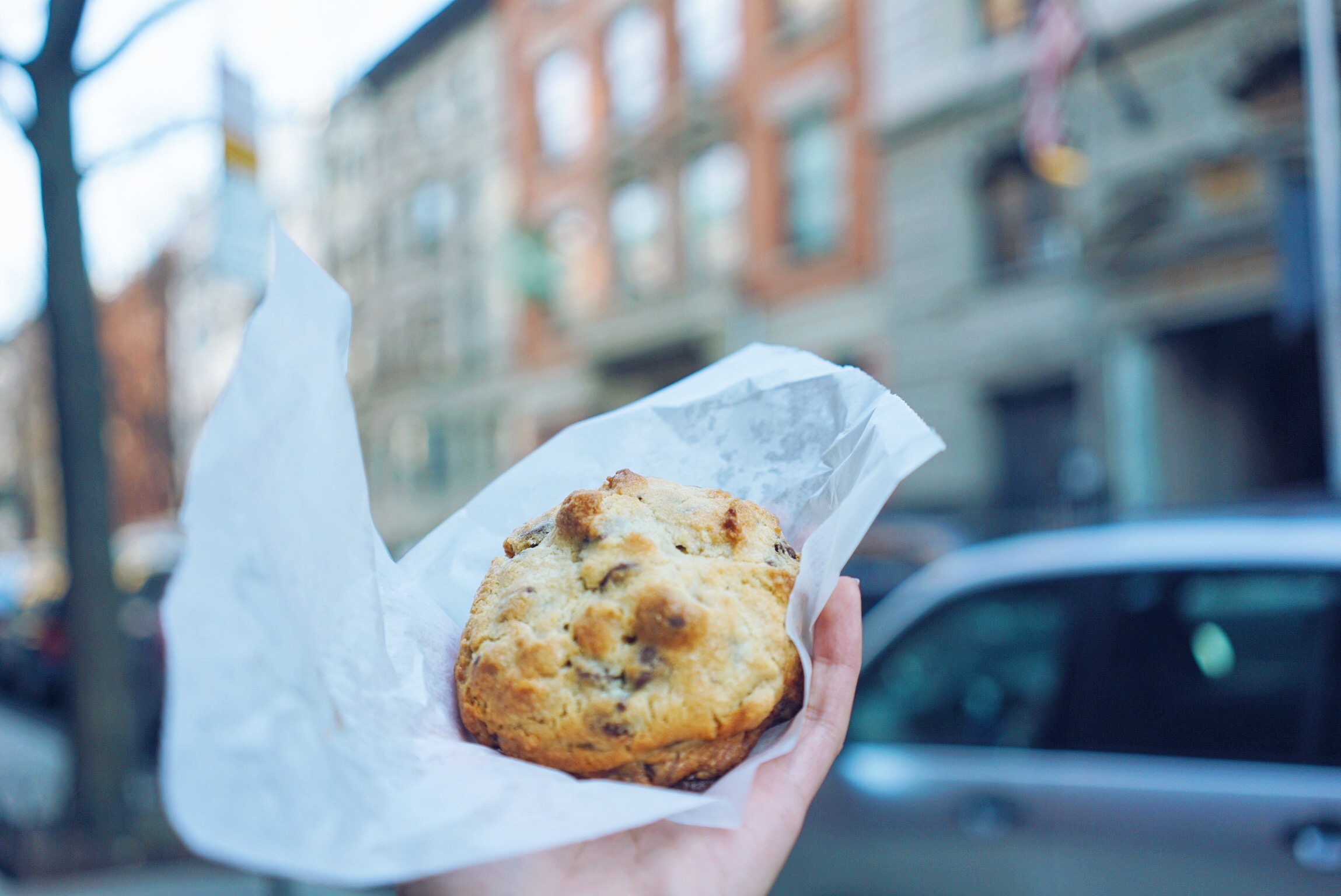 To tell you honestly, the next day was quite a blur for me as we just spent it eating and eating and eating. First on our agenda was Levaine cookies. They’re to.die.for. If you’ll be visiting New York soon, please do yourself a favor and line up for this?! It’s worth the 30 minutes!! 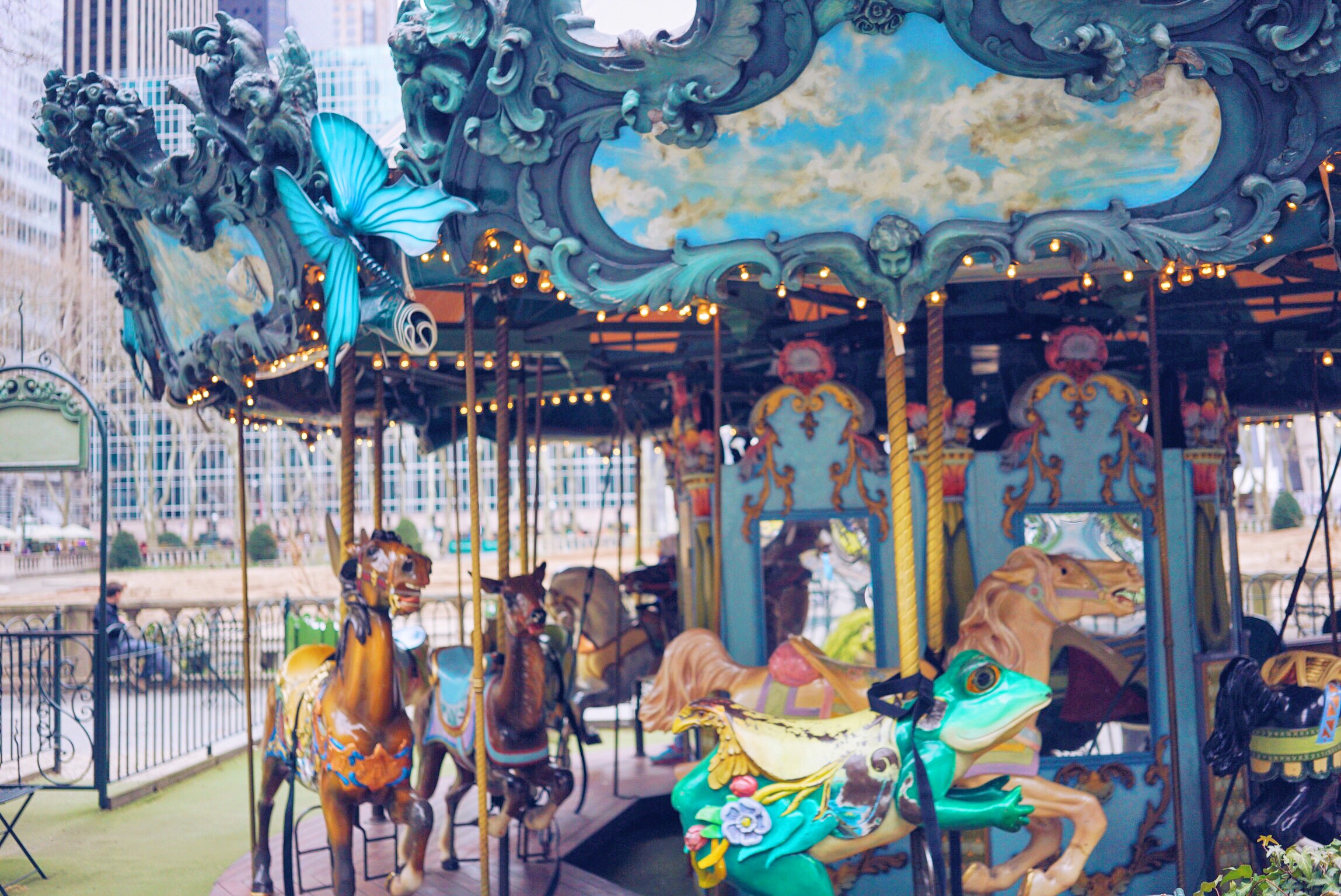 We passed by Bryant Park for the nth time for the dessert place called Lady M but since there was such a long line, we decided to go to Korea Town instead and there I had my favorite dessert in the whole wide world – the Golden Toast from Spot! Ahhhh I didn’t expect to find it in this part of the city but I’m still day dreaming about it till now…. 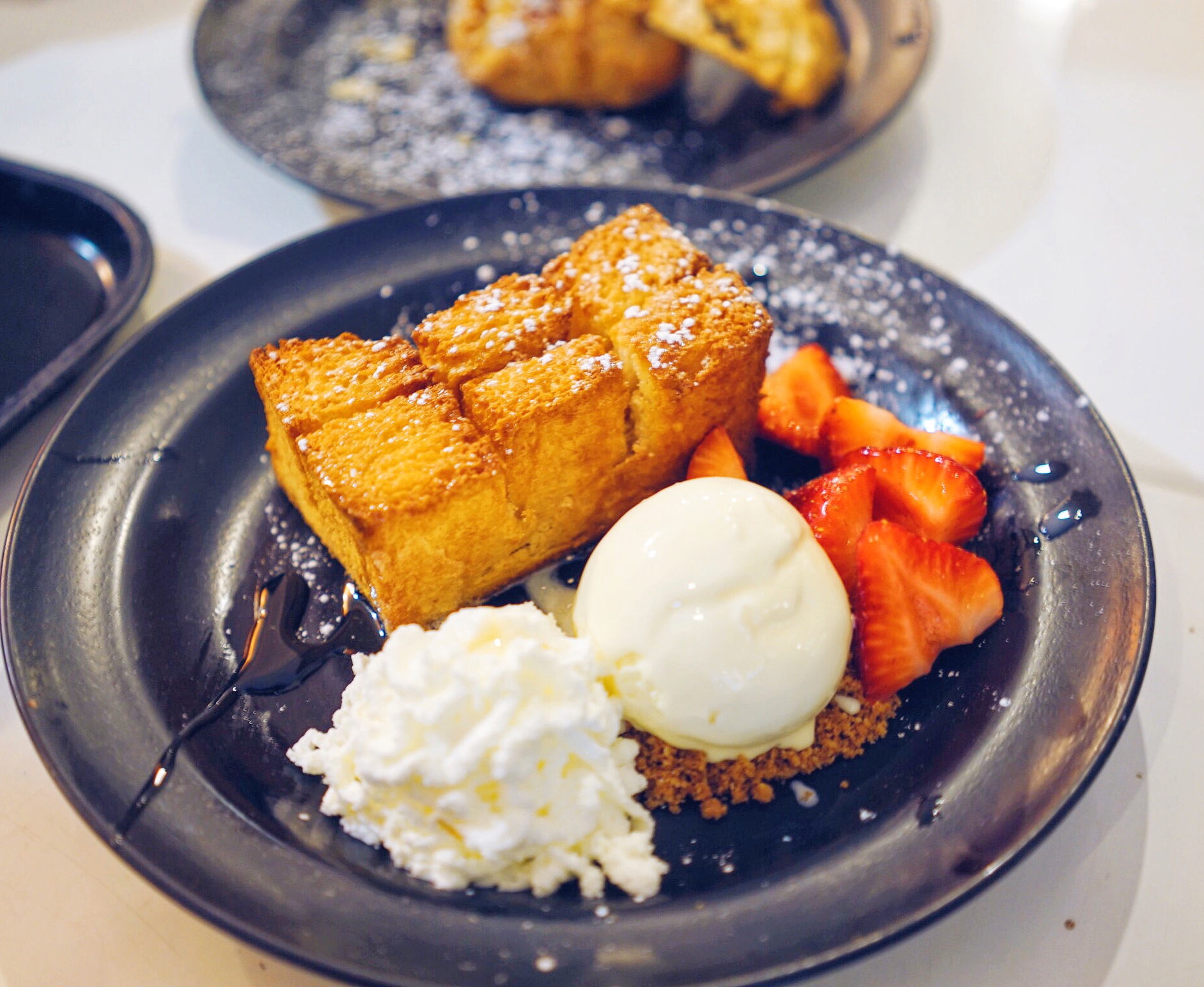 Ben is not a big fan of sweets so he had bibimbap sushi instead :) 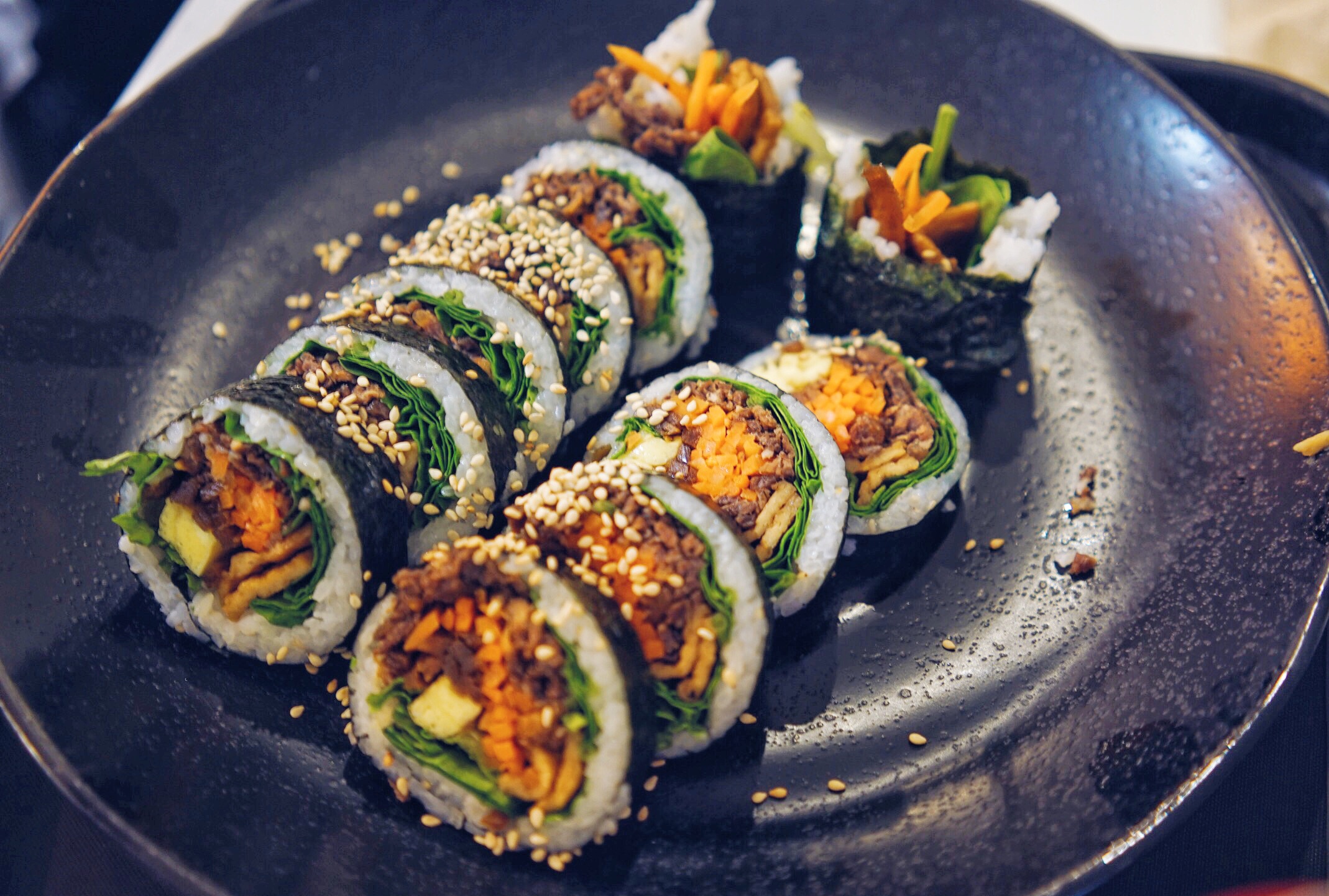 We decided to train home from Midtown and explore more of Downtown. I was in the mood for some Cupcakes this time (yes, I was eating like a madman that day) and we went to Brookfield Place in Liberty st since it was just a 10 minute walk from our apartment. I found this crêpe place first so I had a nutella flavoured one! 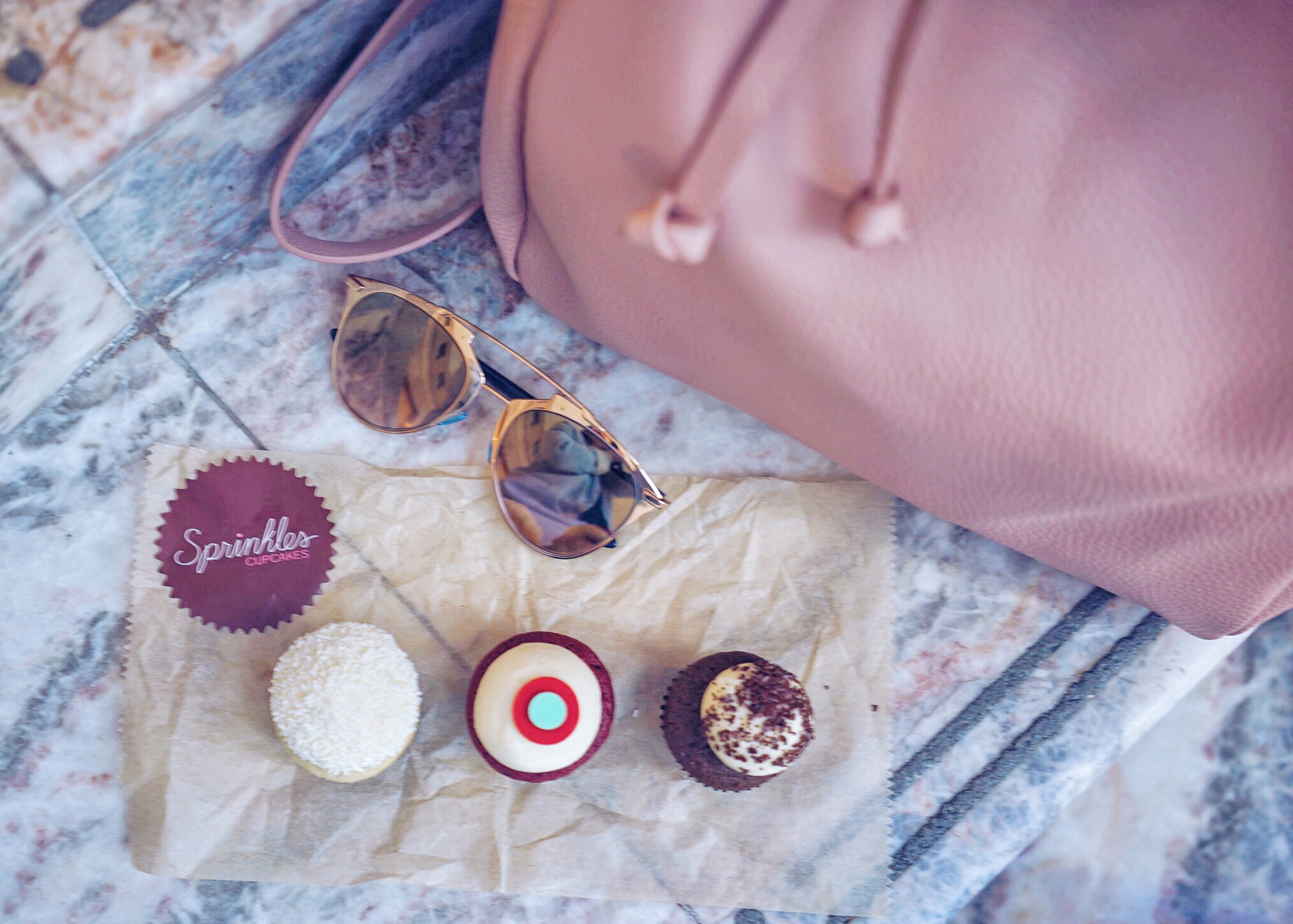 Then I finally found Sprinkes and I badly wanted to try it so I just got these mini cupcakes! :P haha! After going window shopping, it was finally time for us to go home since it was going to be our bedtime soon so we just got…. pizza take out!! hahaha Yup, we were not yet done eating. We saw on Yelp that the number 1 take out pizza in Downtown is Big Al’s and thankfully, it was just a 3 minute walk from our apartment so we got a box all just for me and Ben. After letting all my dessert digest by cleaning the apartment and doing laundry, we turned on How I Met Your Mother on Netflix and ate it one by one. 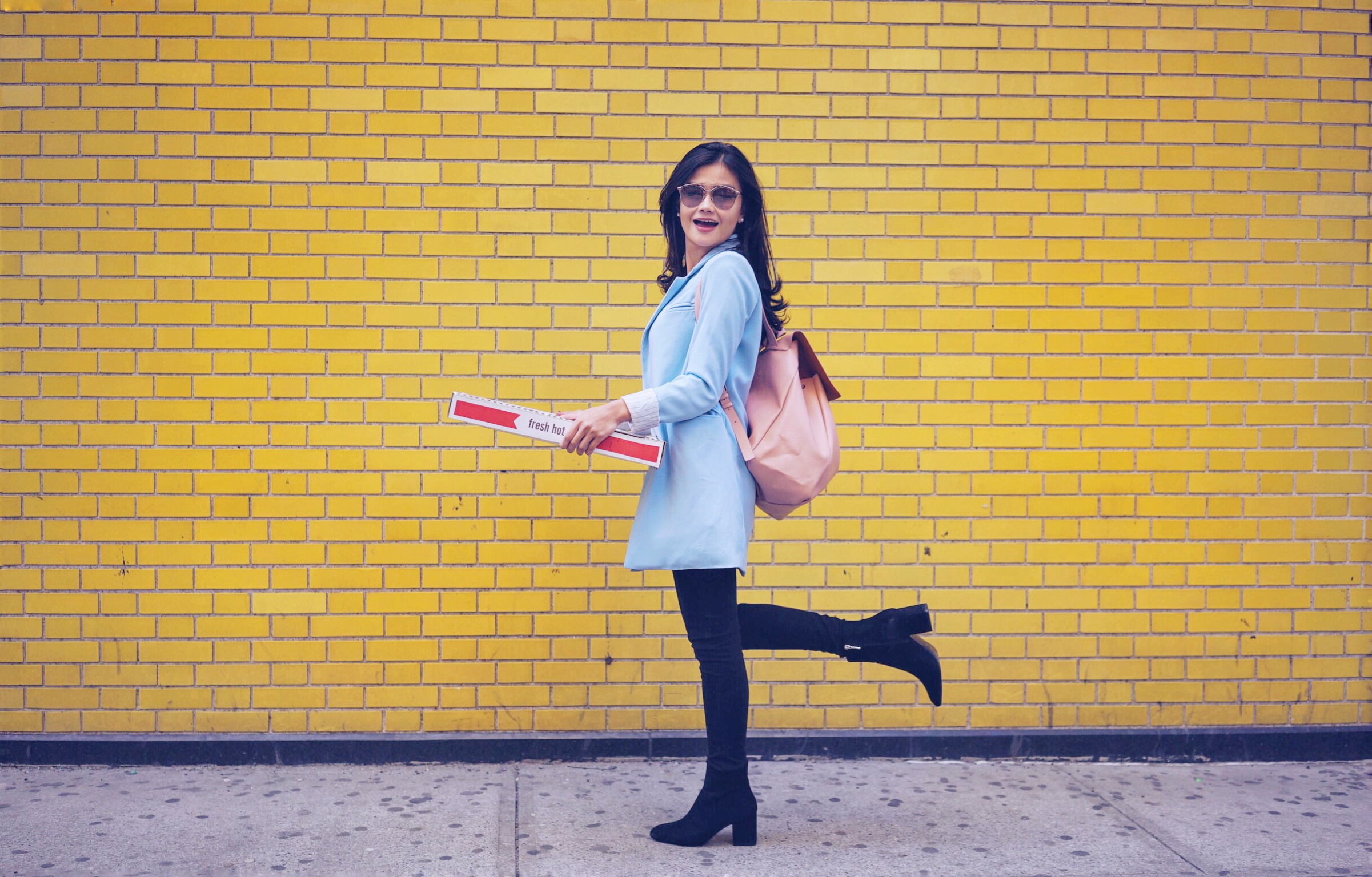 By now, you must’ve figured out that Ben and I suffered food coma from the night before so when two more of our friends came and we wanted to do something productive! :) By productive, we mean that lining up in Ippudo for lunch. Okay, we skipped breakfast so we’re excused right?! haha! We had it with Angelica and Ben’s cousin Justin and I was so thankful they brought us here because I had the best pork buns of my life right there.. Thank God we have it here and I hope it’s as good! :) 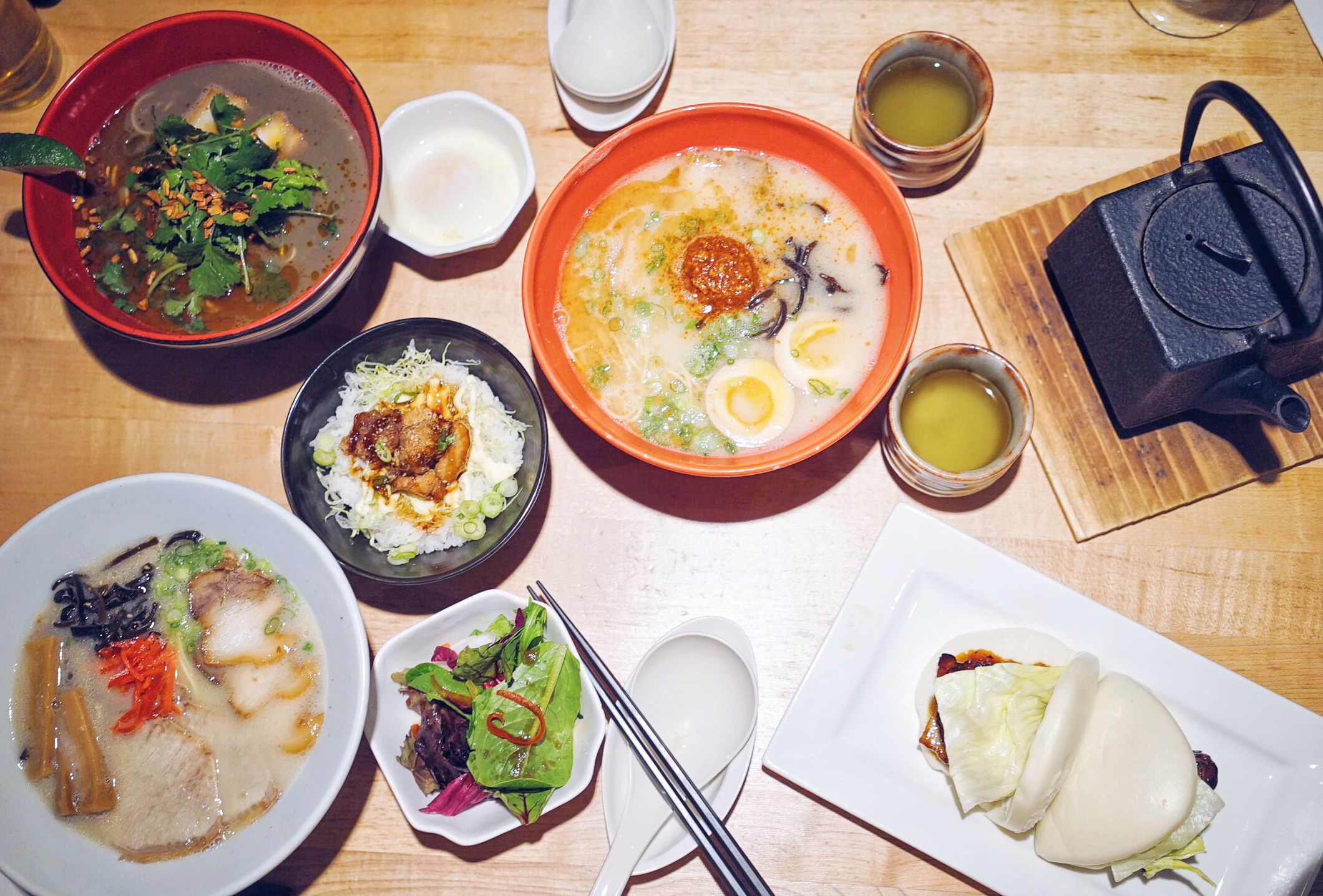 Jus and Angelica has been to the museum of Natural History already so they decided to stay behind and we met up with the rest of our friends there. We took the train and met them by the front entrance! :) Ben is a big fan of dinosaurs so he was very excited for this :) 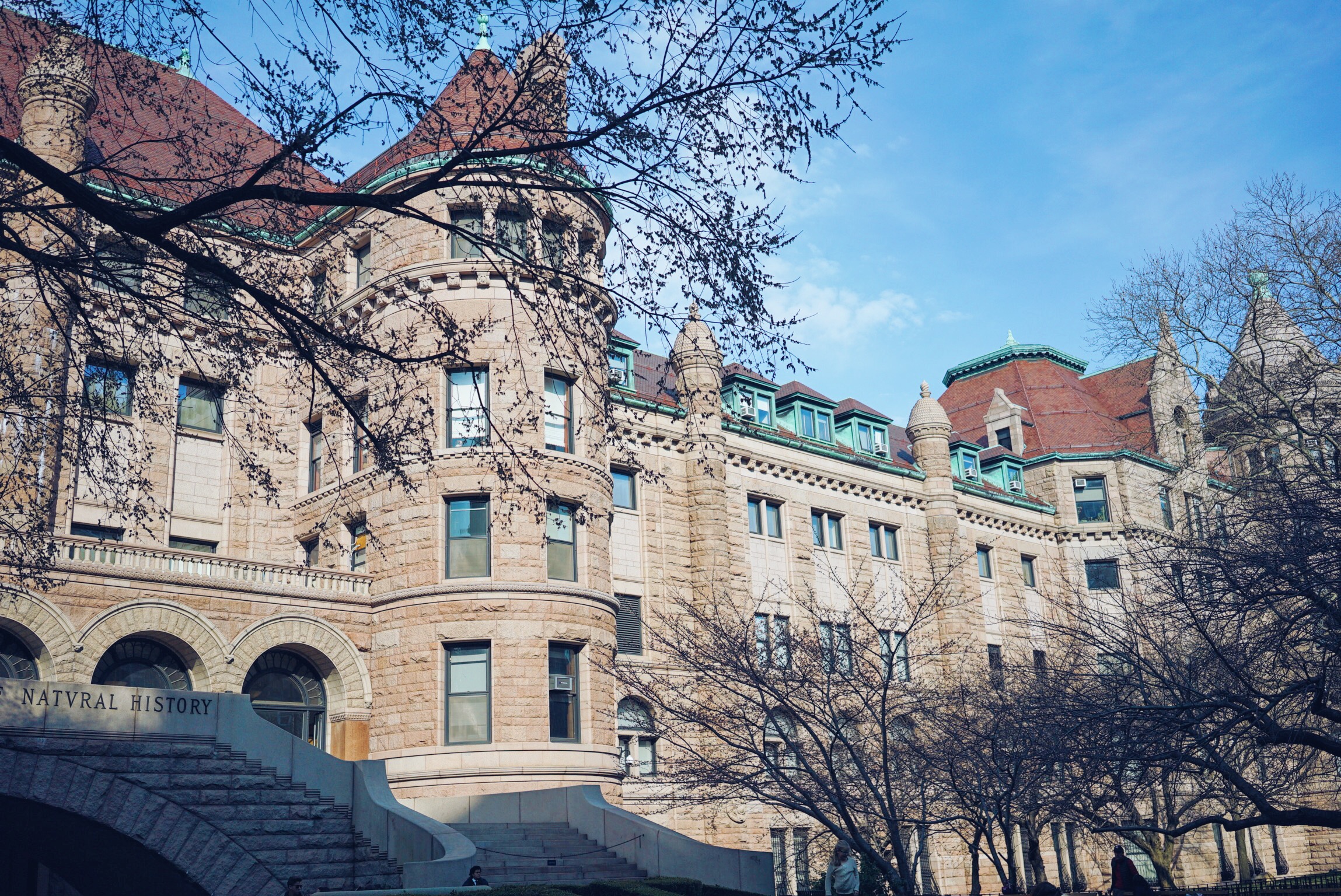 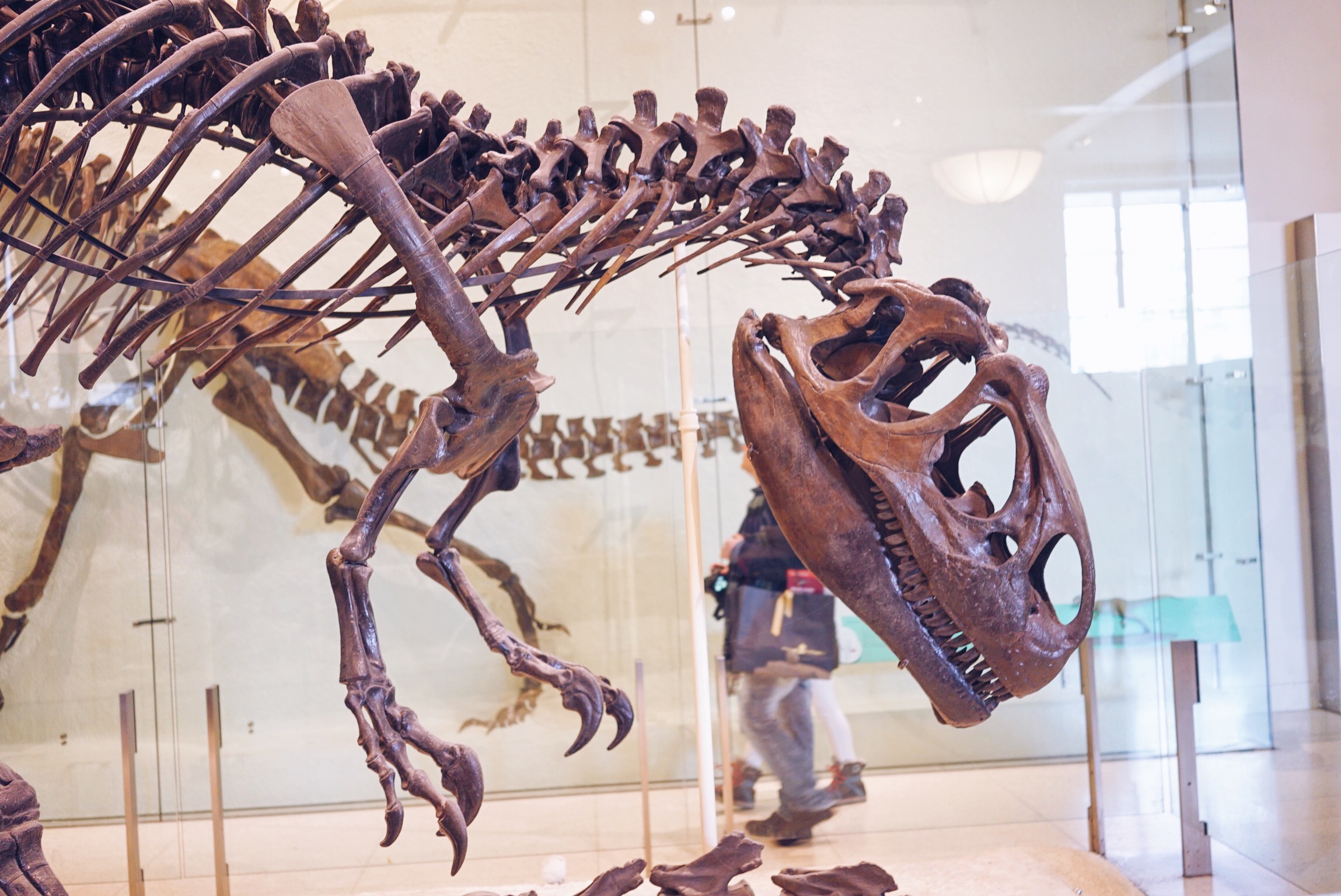 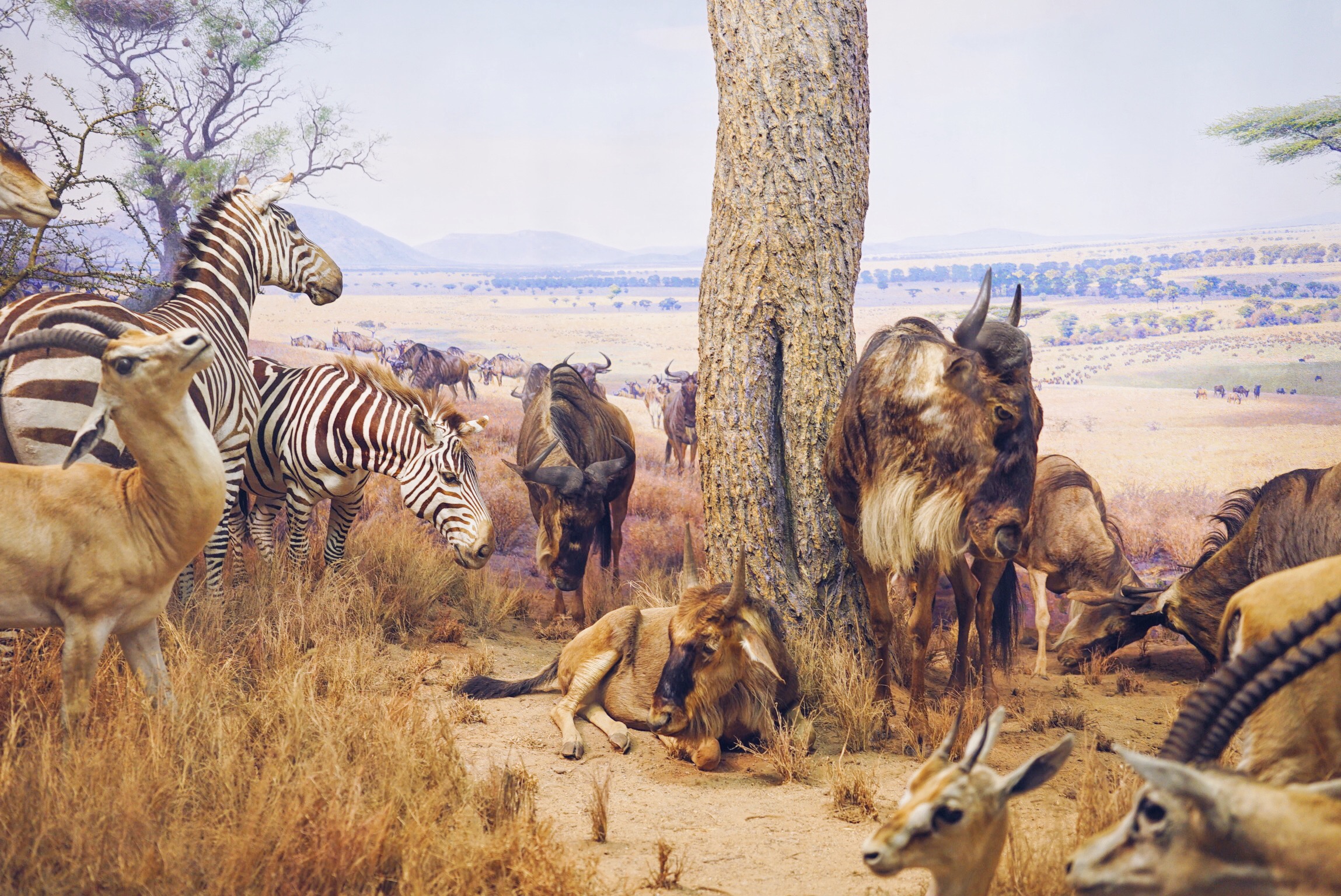 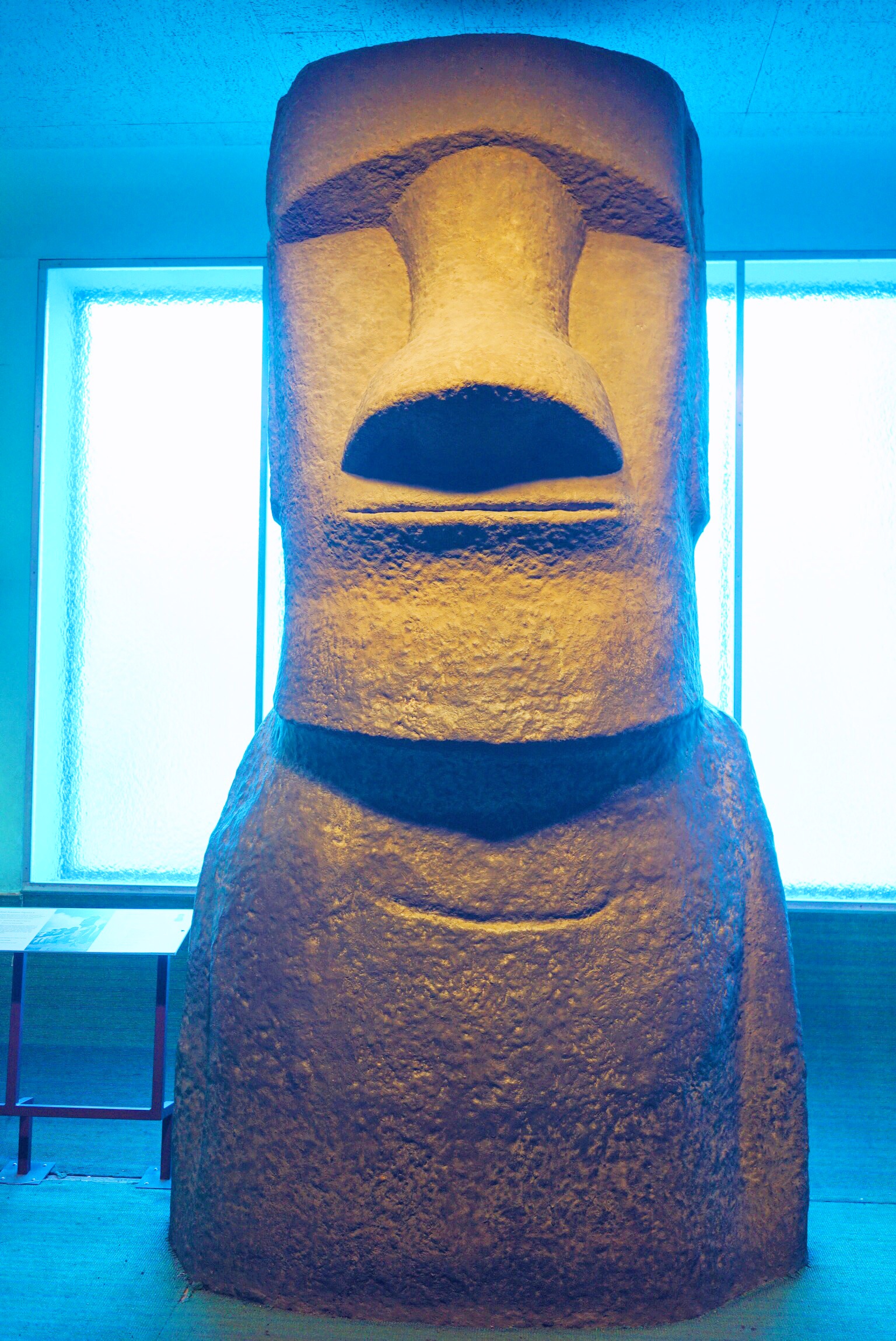 Do you have some gum for dum dum? 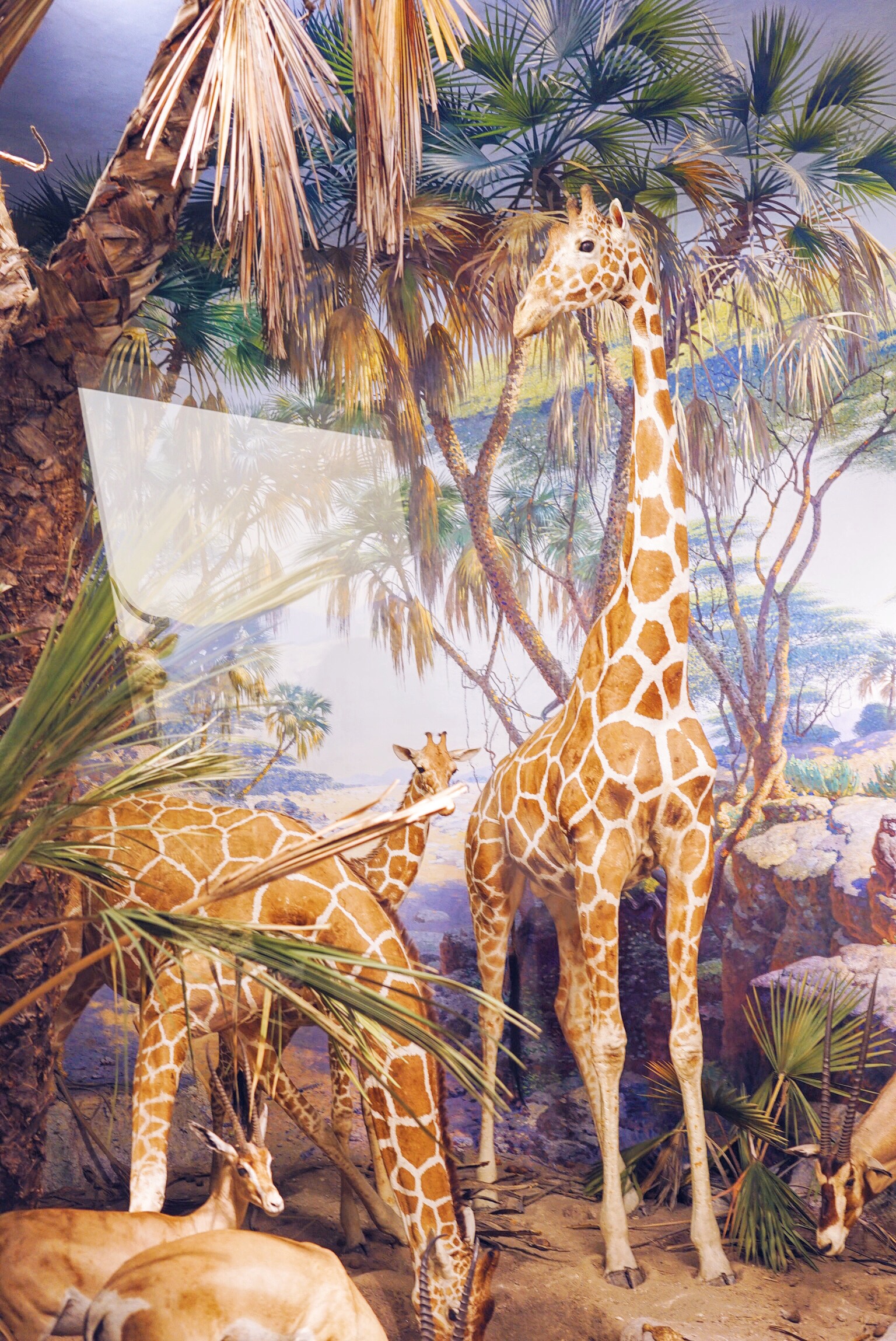 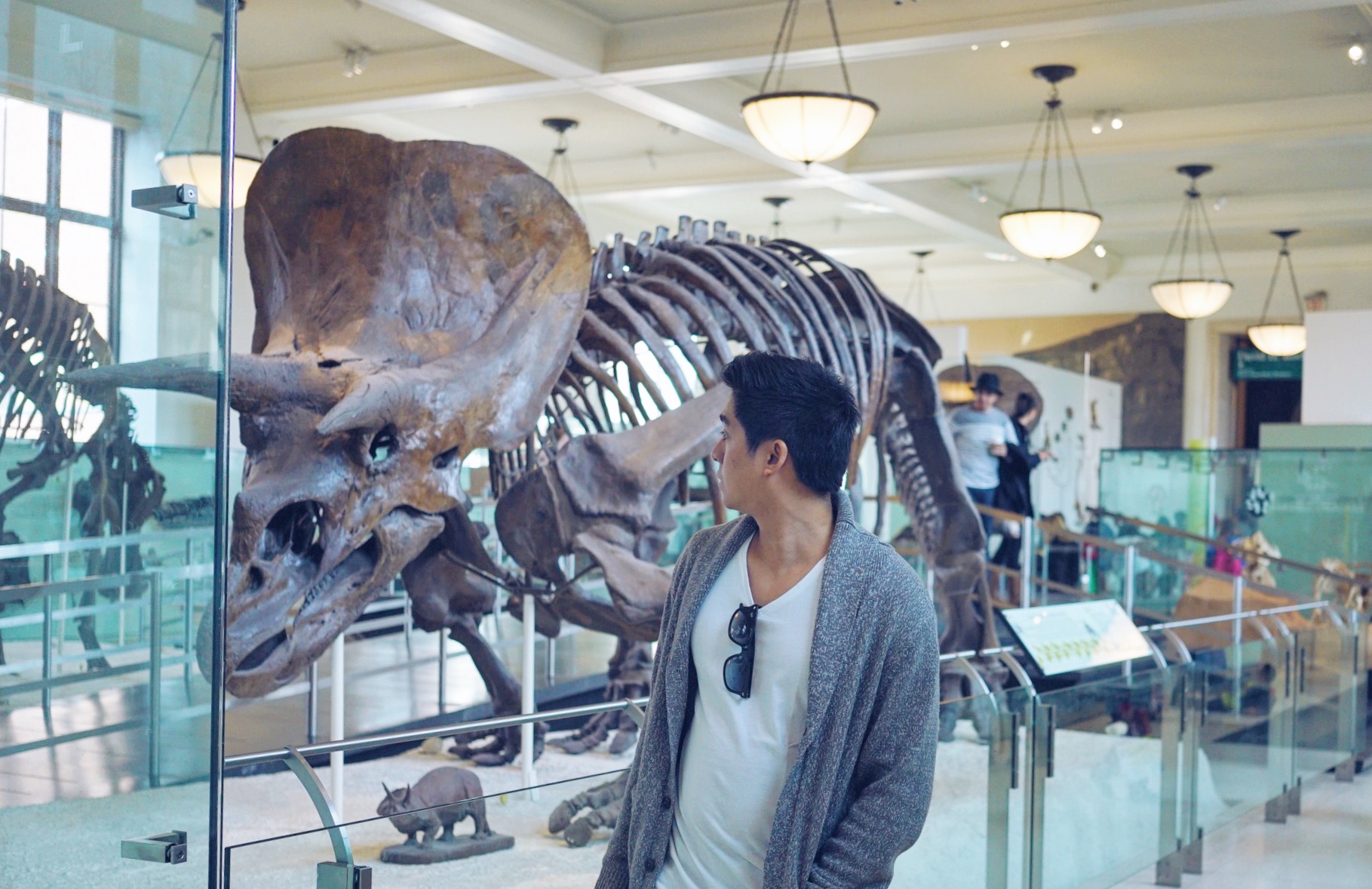 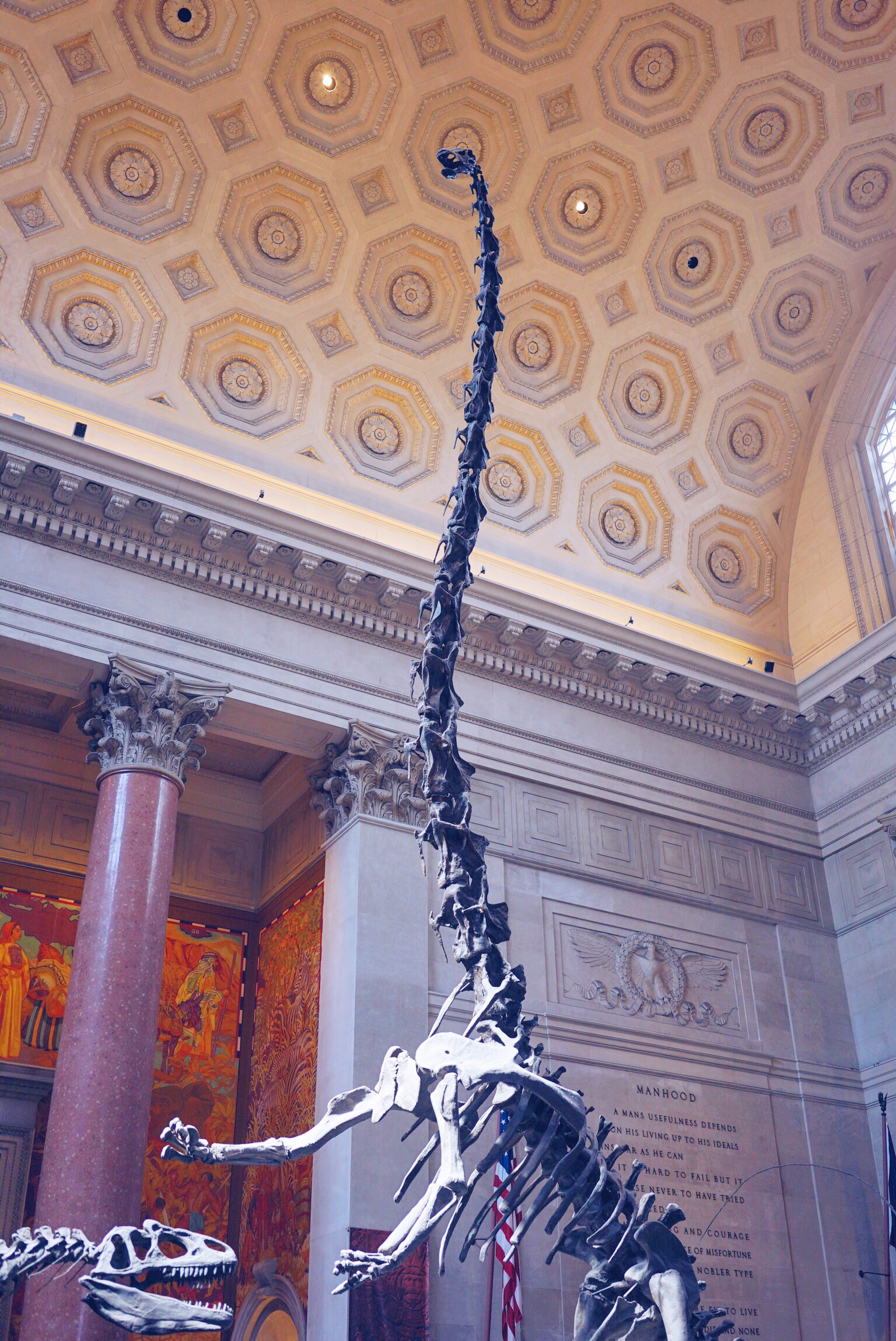 Yes, this is where the famous Night at the Museum was shot as well! :) Notice the T-rex and Theodore Roosevelt? 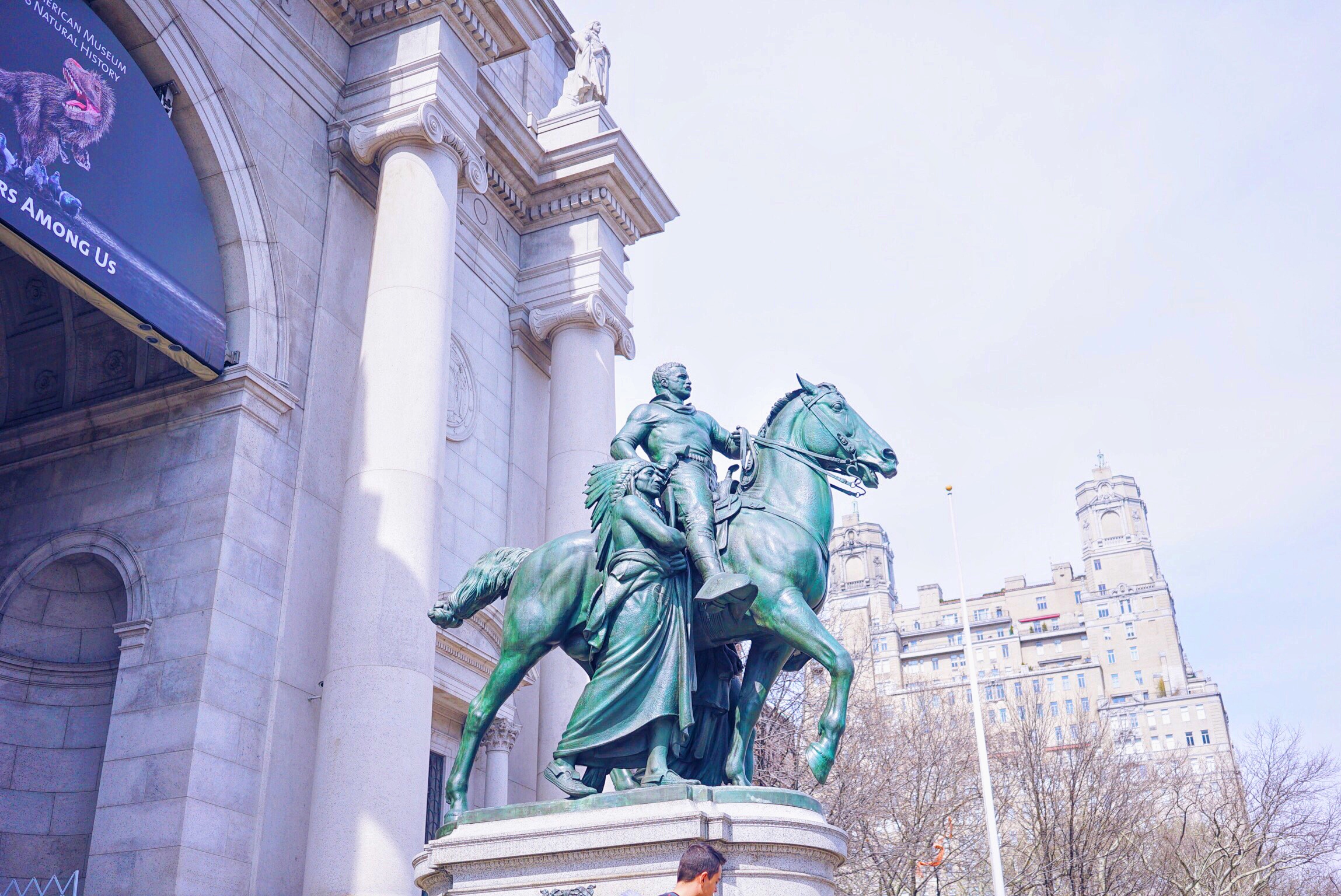 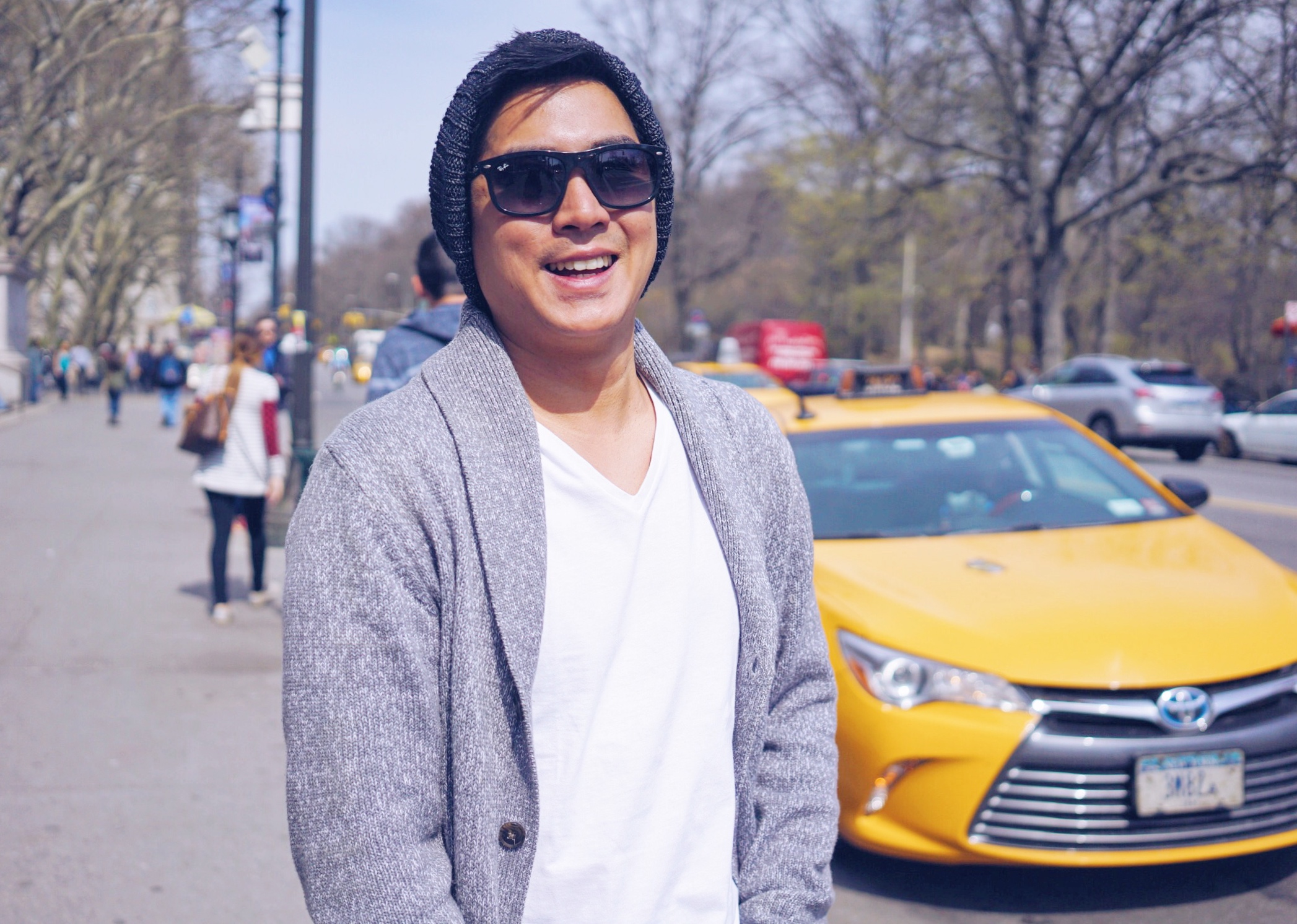 Central Park was just near by so that’s where we headed next :) 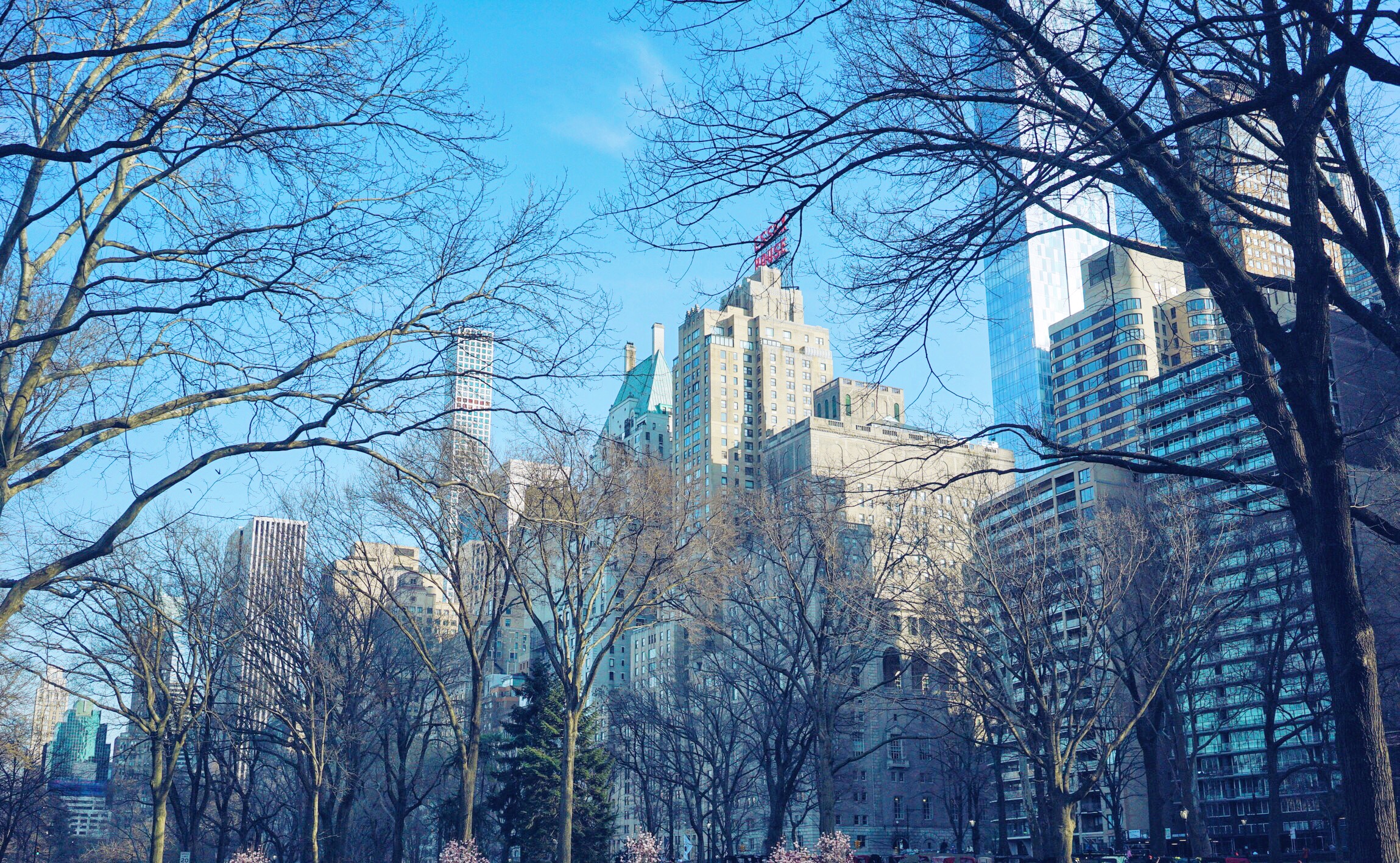 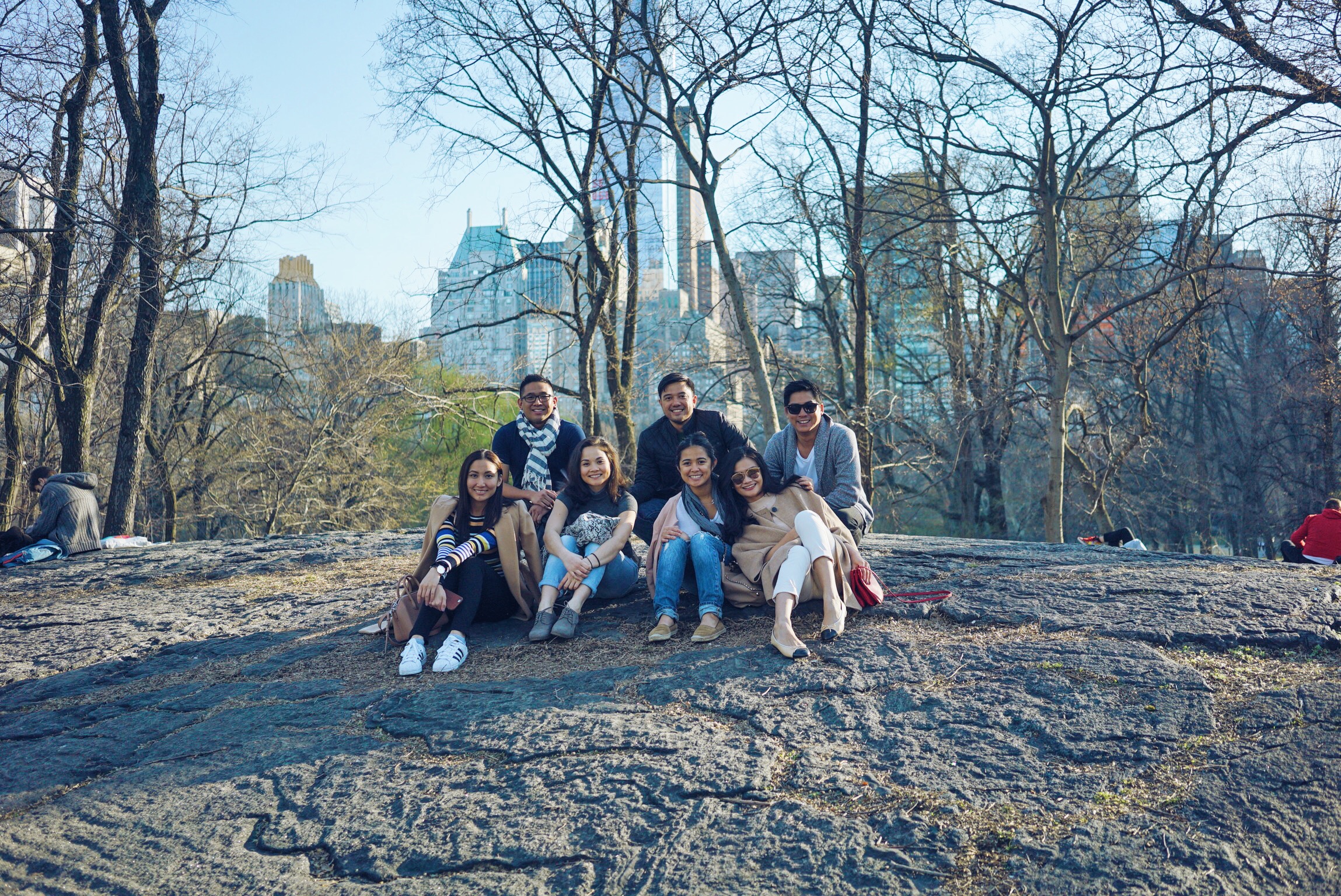 Finally a complete picture! We were just waiting for Verniece now :) 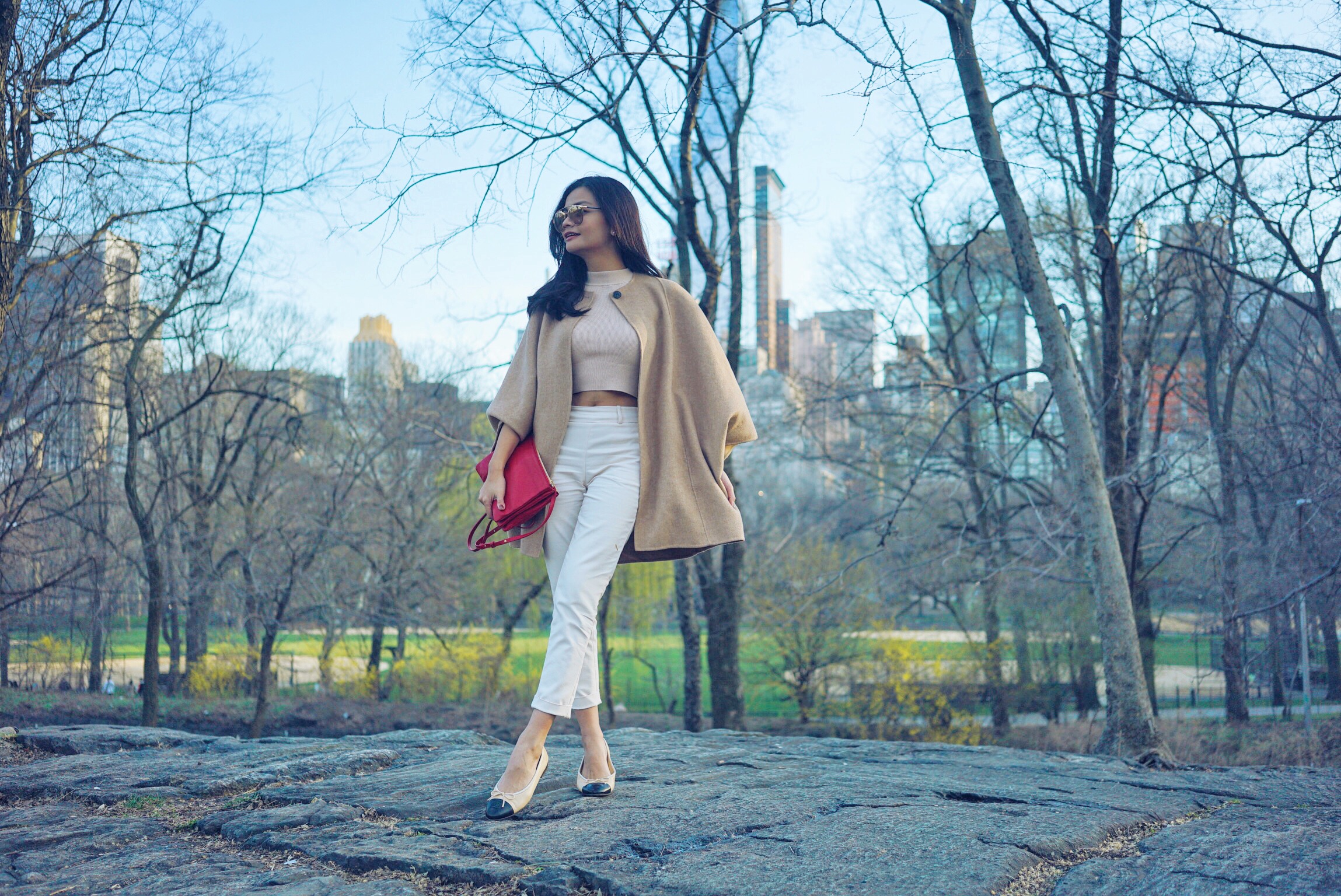 Top and pants from Forever 21, Flats from Chanel, Coat from Zara, Bag from Celinè, Sunglasses from Dior 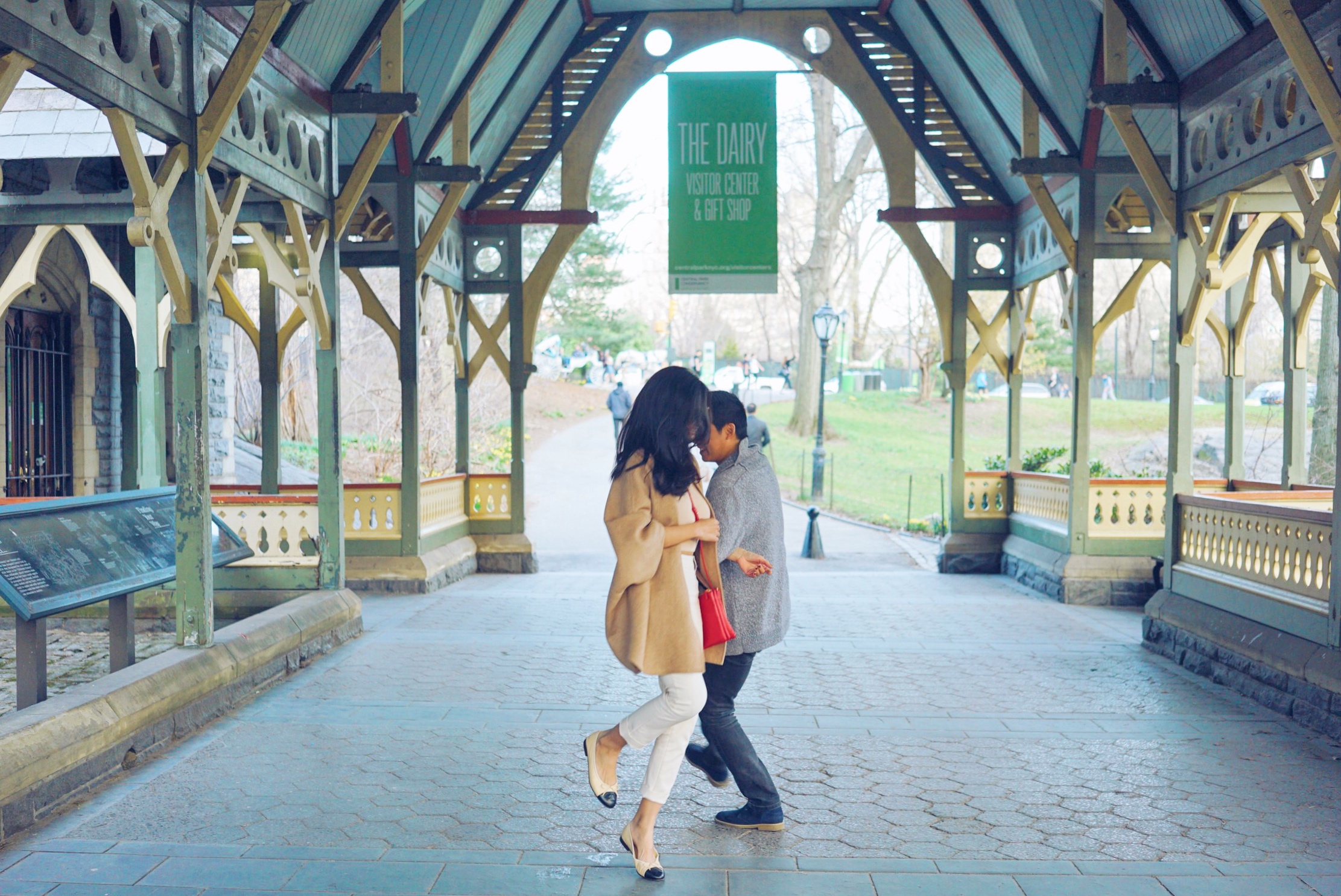 On the way home, we passed by the place where Amy Adams sang “How does she knoooooooooowwwwww, she loveesss youuu?” and I just had to burst into a dance and song with Ben! lol We’re both musical freaks that this happens often :P haha

There goes my week without Verniece yet! Tomorrow, we start our #VVAdventures in New York and we just can’t wait :) What look are you most excited to see? :)