Checking in From New York 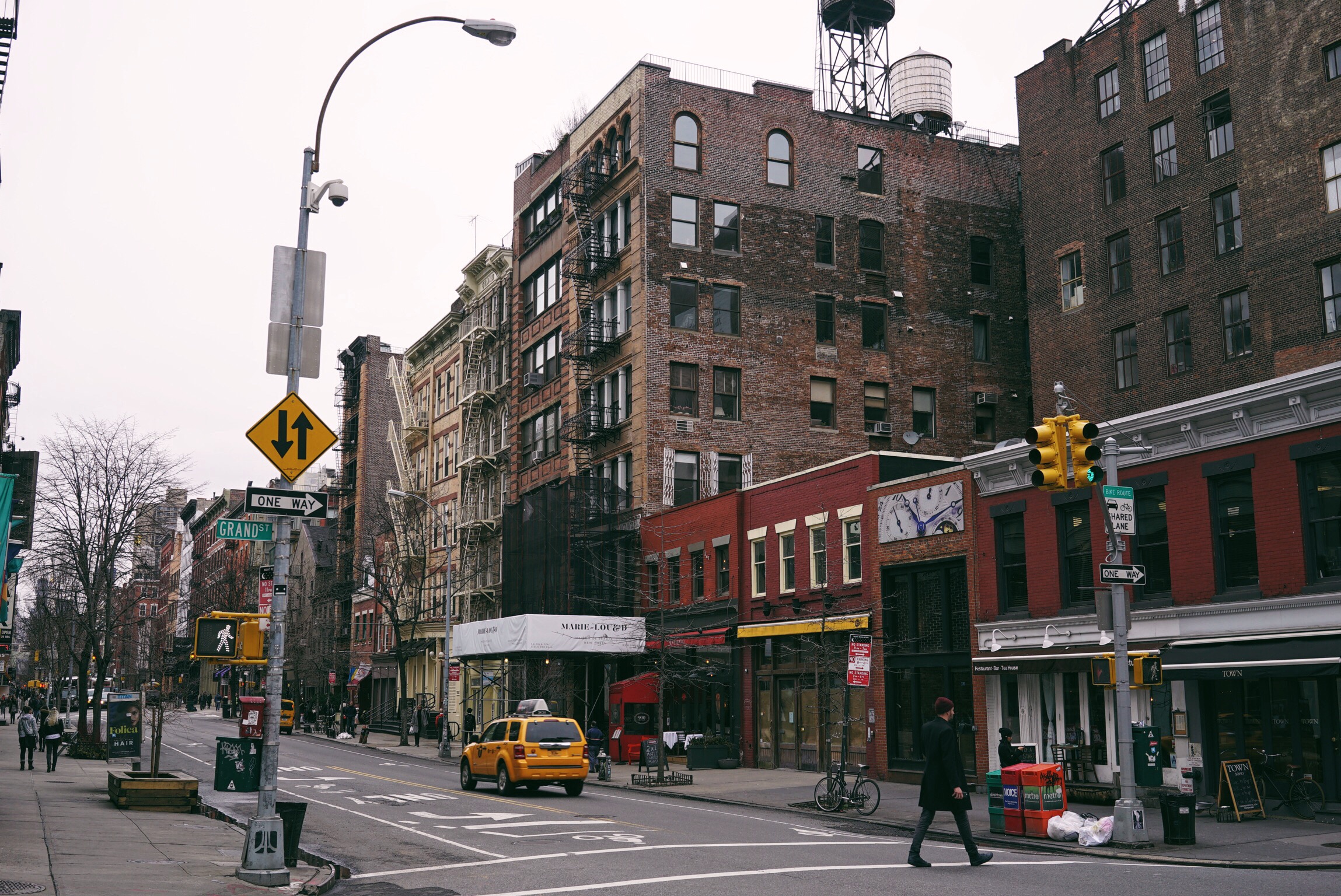 Annnnnd I’m in NEW YORK!!!! To give you a little background, this trip was actually sort of last minute. Ben and I weren’t even sure it was going to happen a month ago till our flights were officially booked! We flew in a few days before his friends did just so we’ll have a little time to explore the city by ourselves just because we knew that once the group gets in, time will be very fast a when we start to do the tourist spots one by one :)

After our hotel experiences in London and for most of our trips, we wanted to try AirBnb this time just because it’s a lot cheaper and we wished to feel like locals even just for a month :) It took me quite awhile to find one within our price range and the location that we wanted but finally, just two weeks before our trip, one of the affordable but best ones on the site freed up! It was located in the financial district and just one kembot and cartwheel away from the 9/11 memorial site. Honestly, when we entered the apartment, being the first timers that we were, I was shocked to see that most of the owner’s things were still the place! She just had some restrictions on what we can’t touch and what we can use. I wonder where she lives now that we’re occupying her space….. lol. 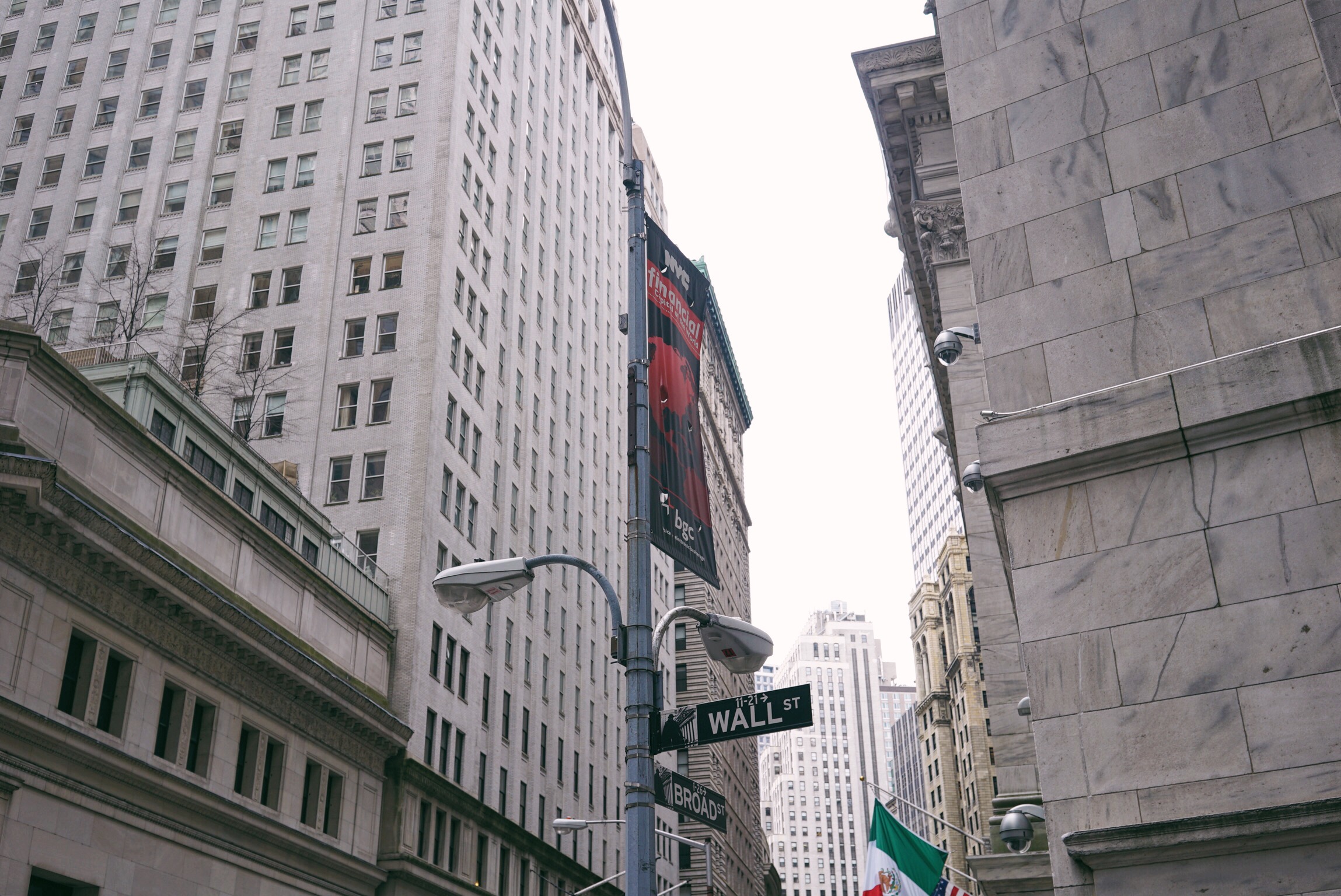 Anyway, we slept for most of our plane ride so we were eager to explore the city once we landed. At around lunch time, we walked to Wall St. to take a subway but of course, just had to take photos of what’s around me. When I first handed Ben the camera and said, BABE!! PLEASE TAKE MY PHOTO!”, he made this omg-it’s-the-start-of-my-photographer-slave-month. HAHAHA!! Good thing it’s easy to please Ben so I just treat him to a mug of beer at the end of the day for a job well done! lol 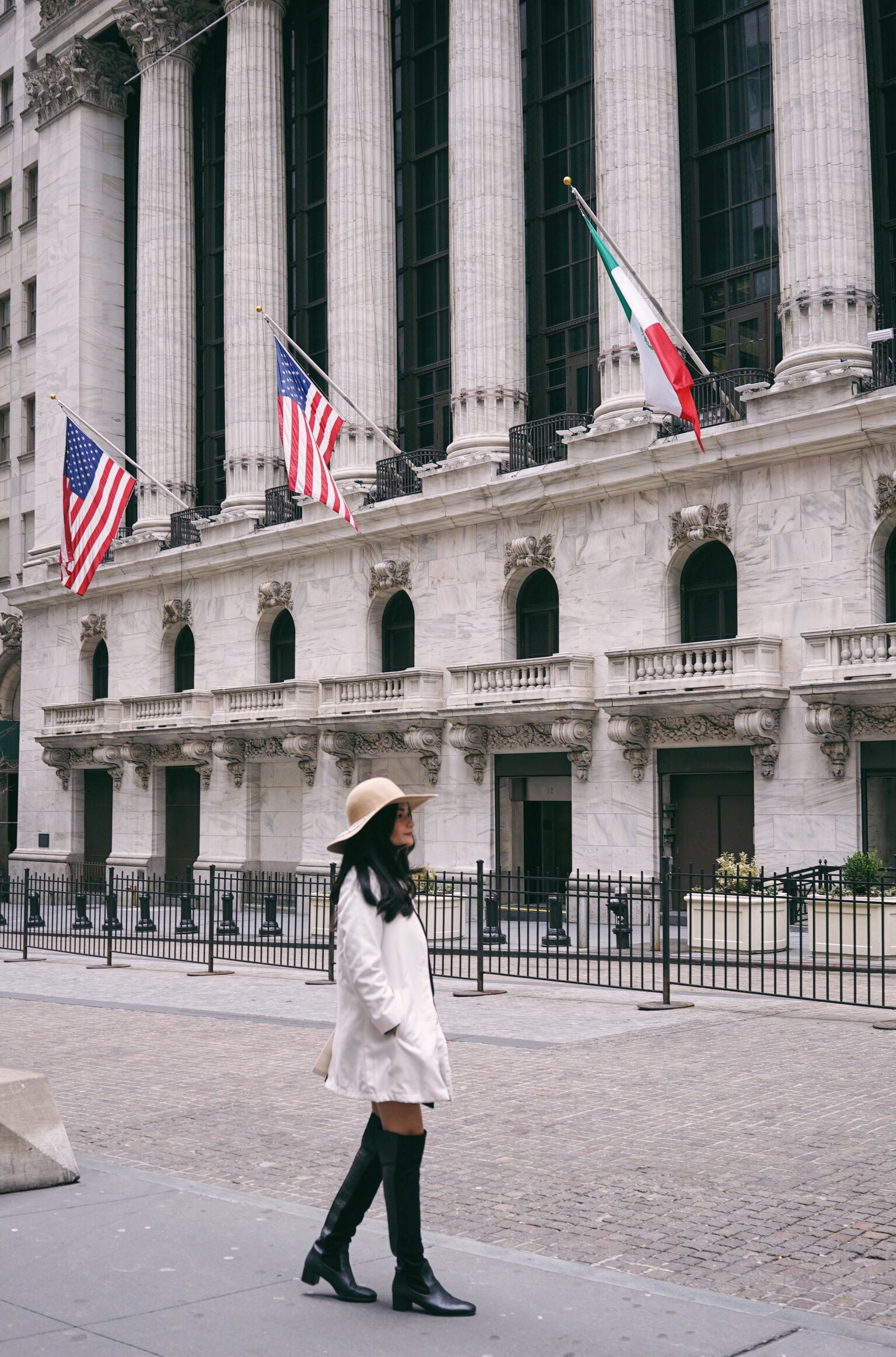 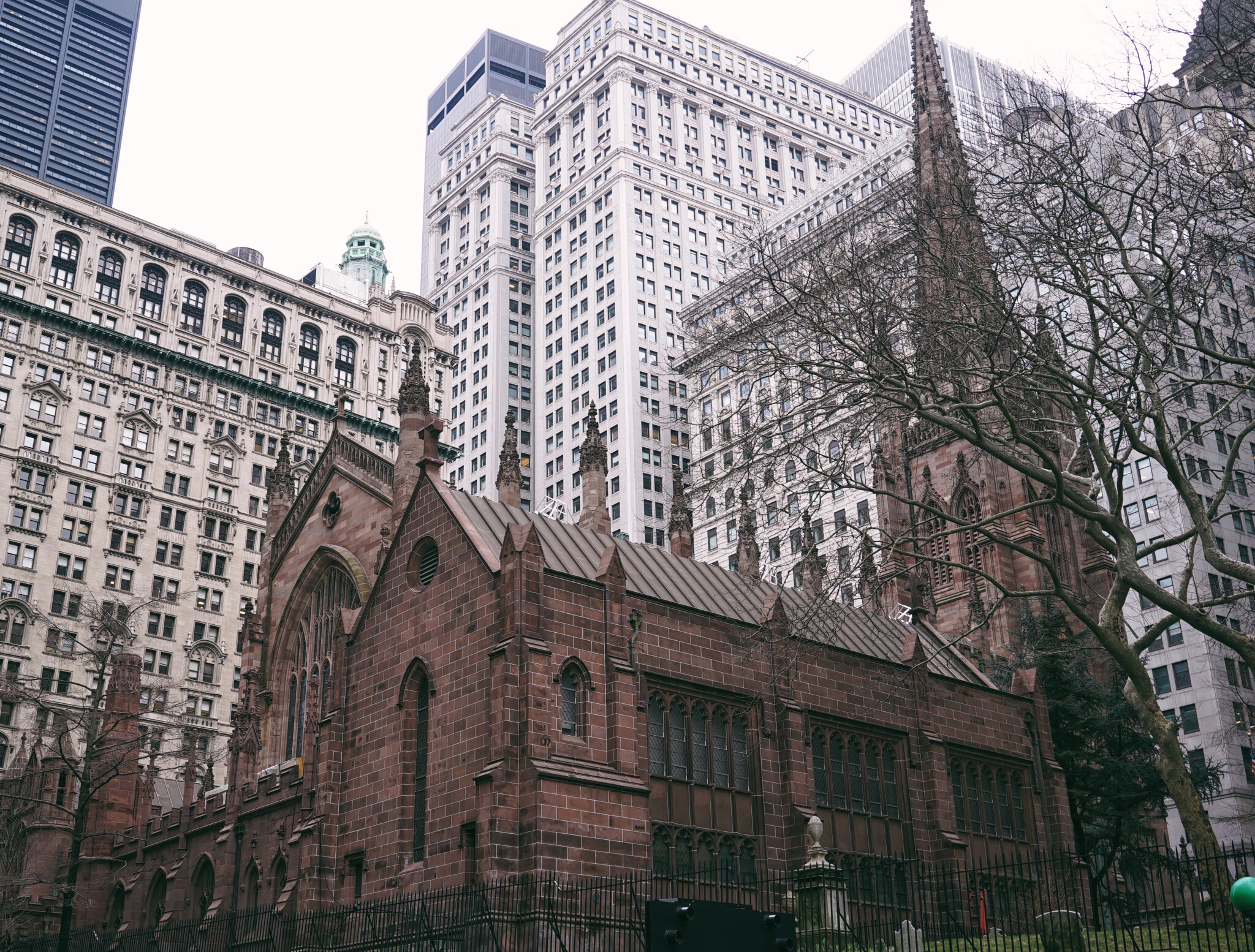 The famous Trinity Church is just a block away from us. 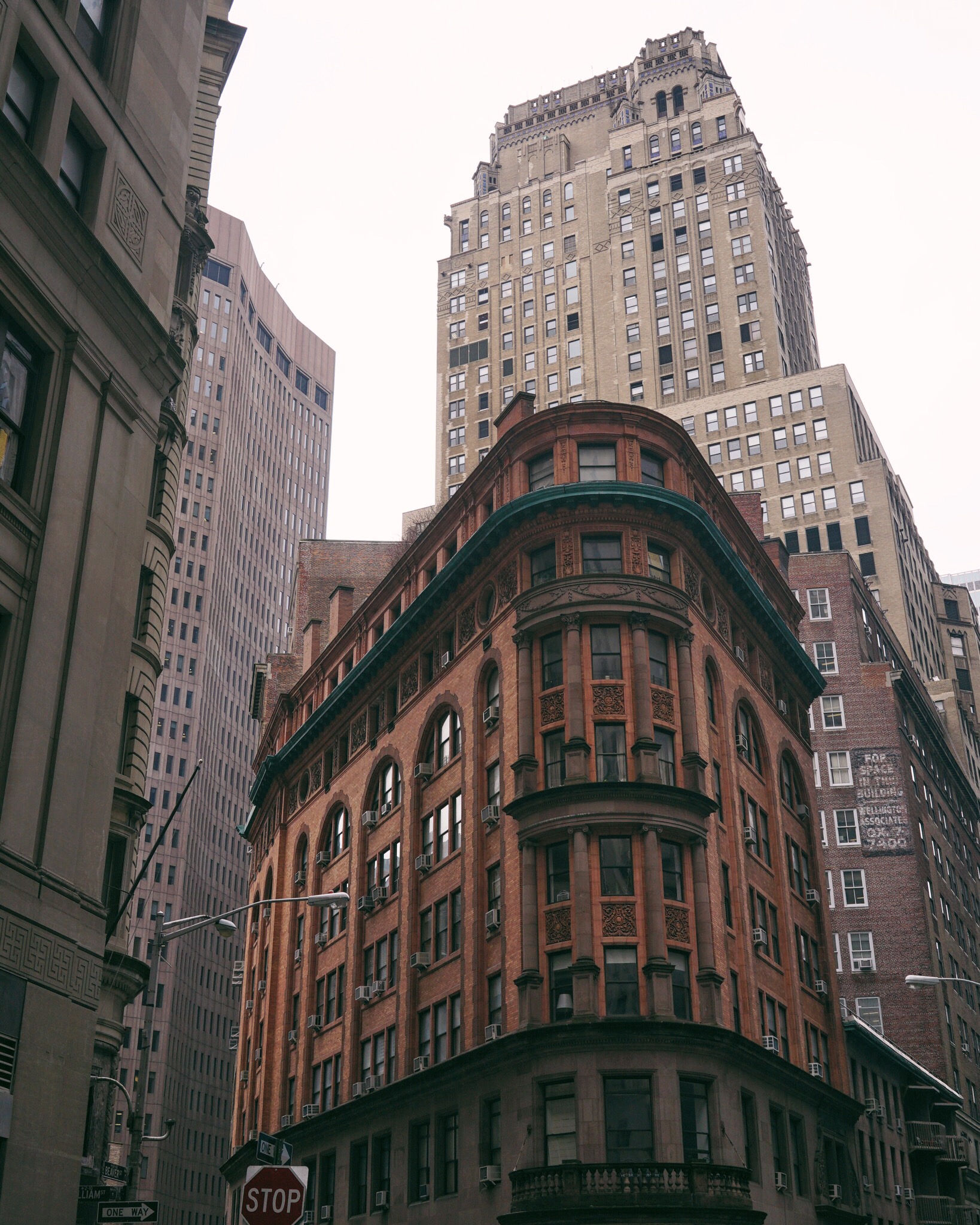 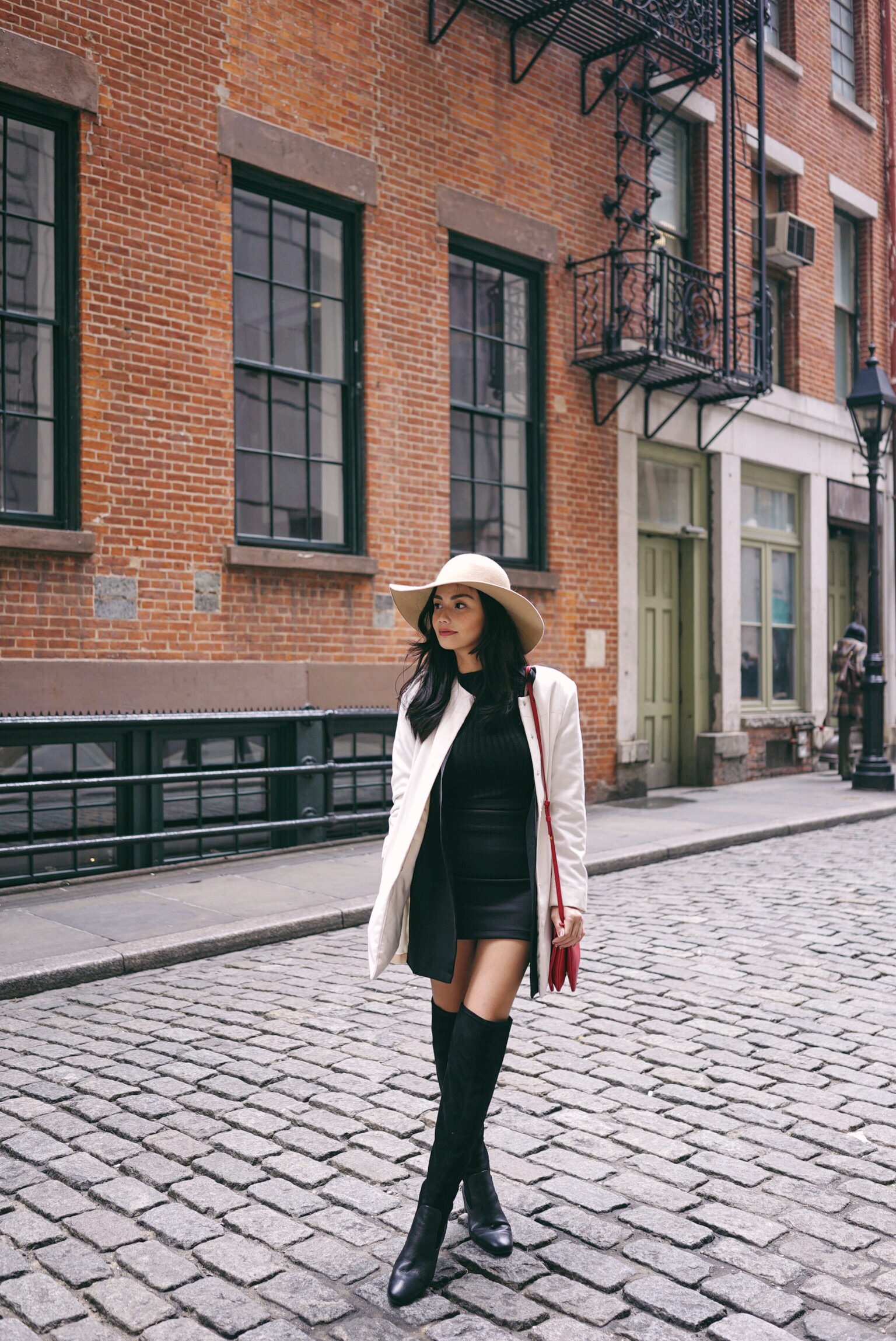 And alleys that look like this?? Because of my constant need to take photos of everything in sight, I purposely lost track of google maps and we got lost. We intended to have our first meal in NYC in Eataly but because of all my detours, we ended up so far from the station that we were supposed to ride. Ben was so hungry already so I knew he wanted to kill me on the inside… hahaha! #LifeofaBloggerBoyfriend 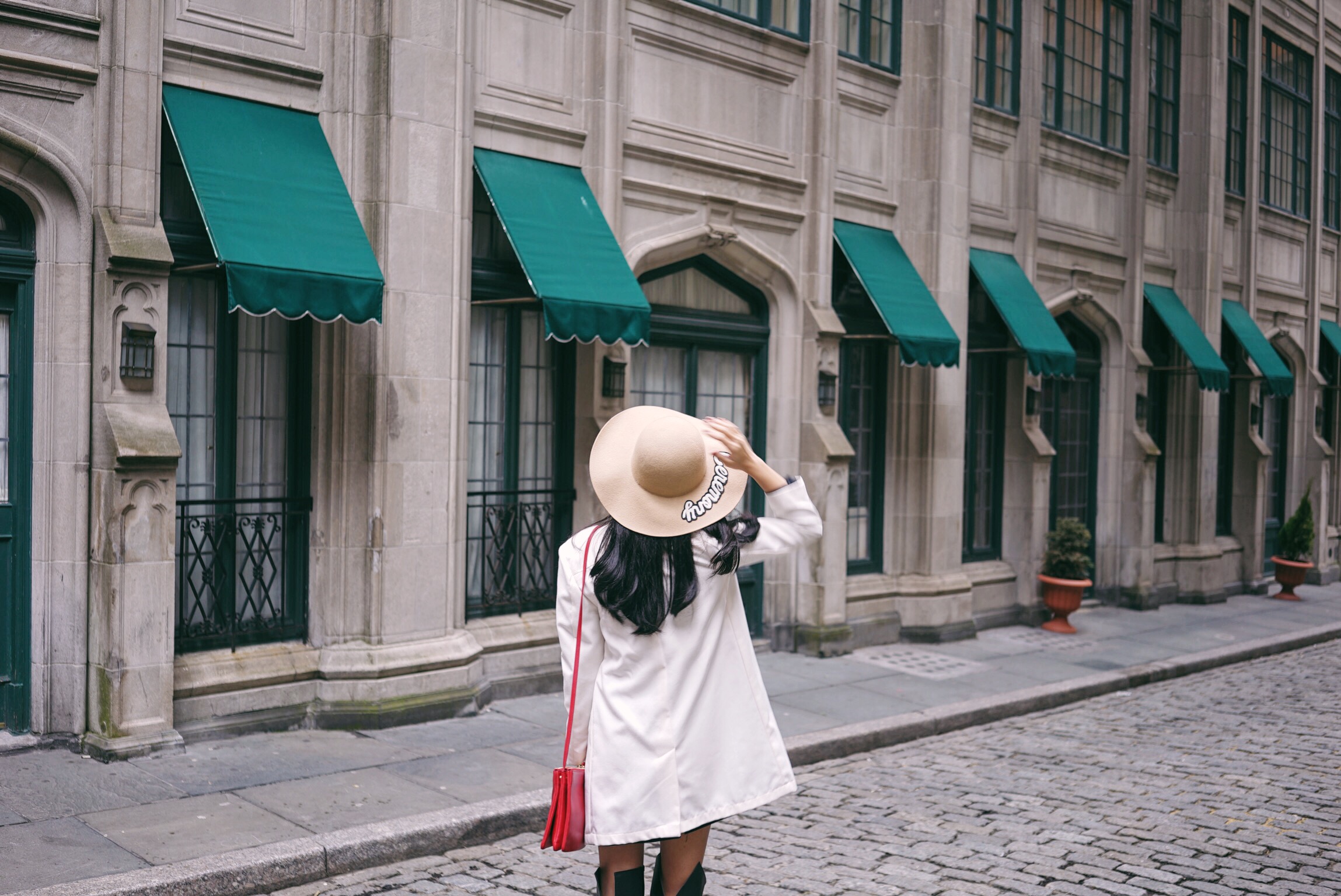 Things went my way though because we stumbled upon a local Downtown favourite, Luke’s Lobster, by accident! I read on Yelp that morning that there’s usually a 2 hour line for our their rolls! But it was such a let down because it didn’t have that kick we like on Lobster rolls :| Damn you, Yelp. 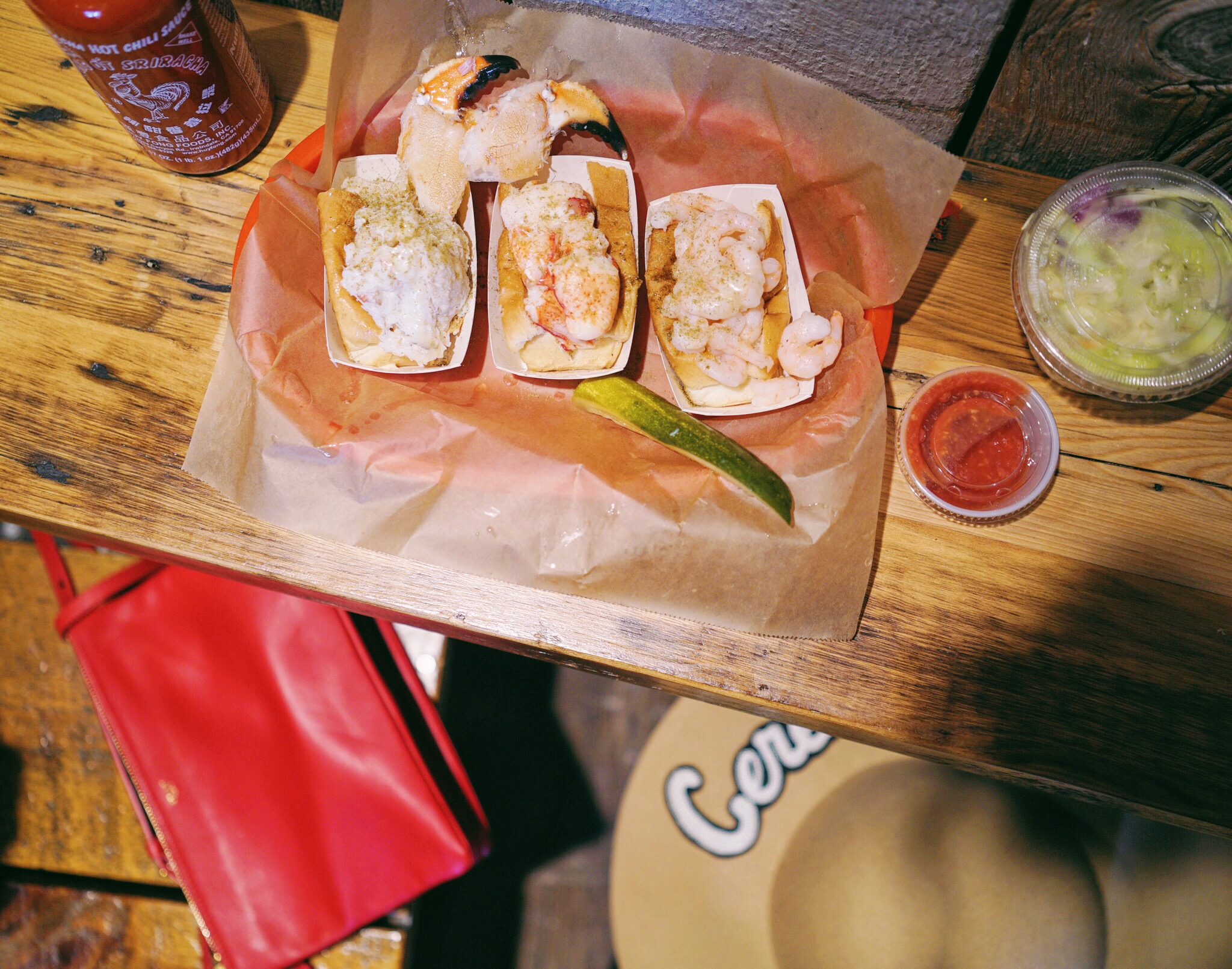 After that meal, we took a train to Soho to check out the place since its the non-tourist spot that’s closest to our apartment :) The place is filled with graffiti and pretty roads so I was glad I wore what I thought was perfect for it :) 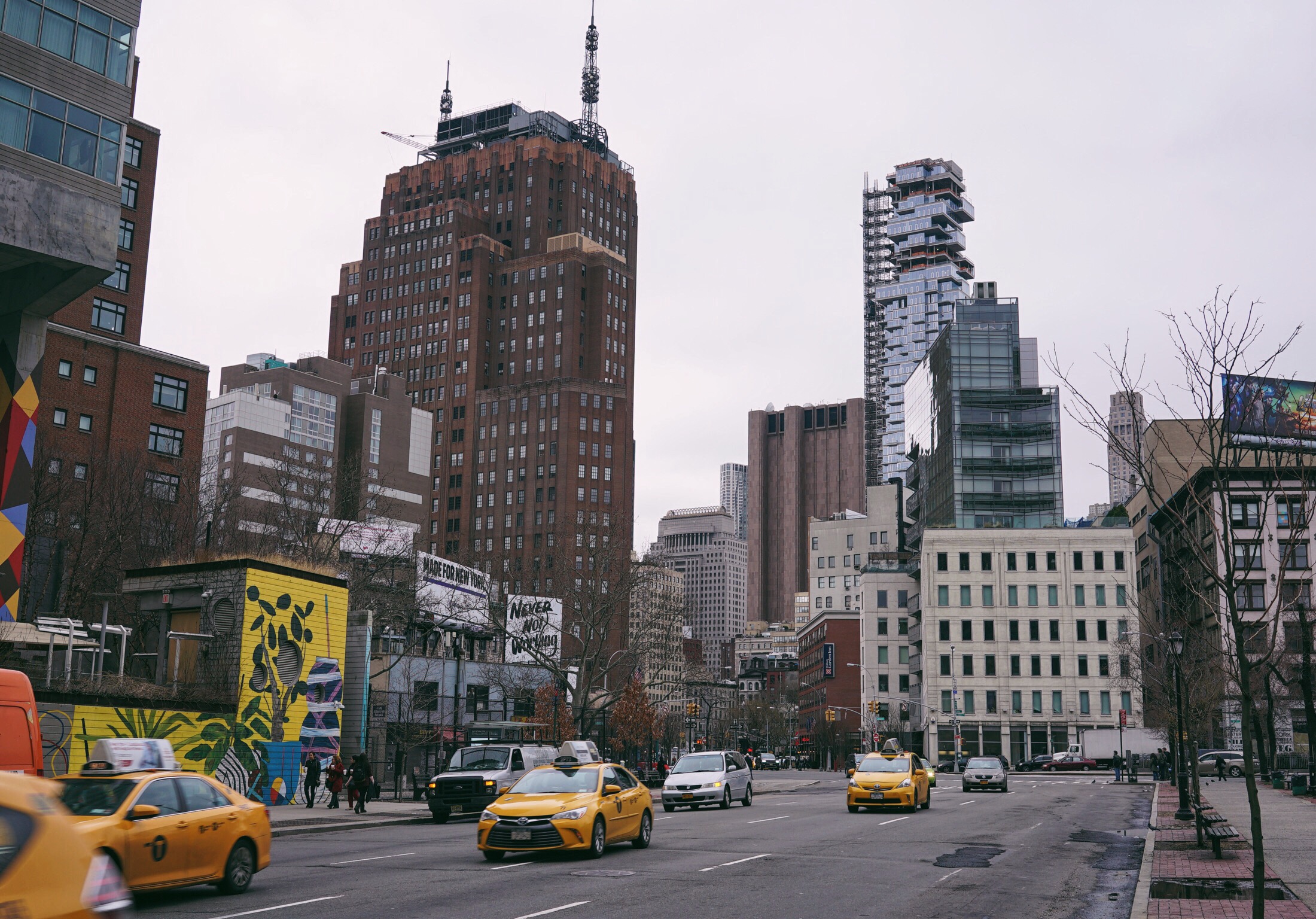 We stopped by a cat cafè to rest for awhile and drink coffee. Ironically, Ben and I don’t like cats so we didn’t go near them. The coffee was good though and the place was cute! :) 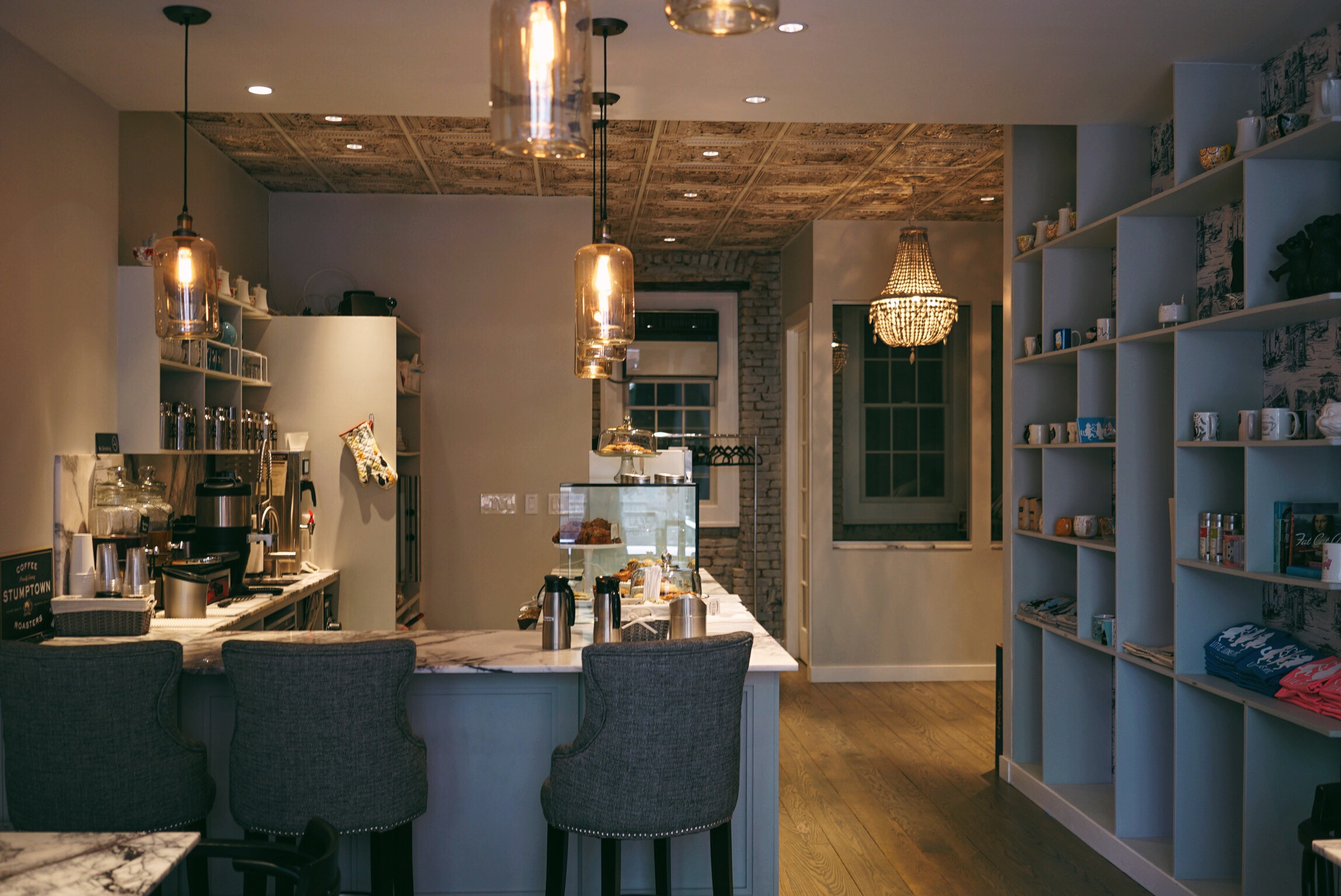 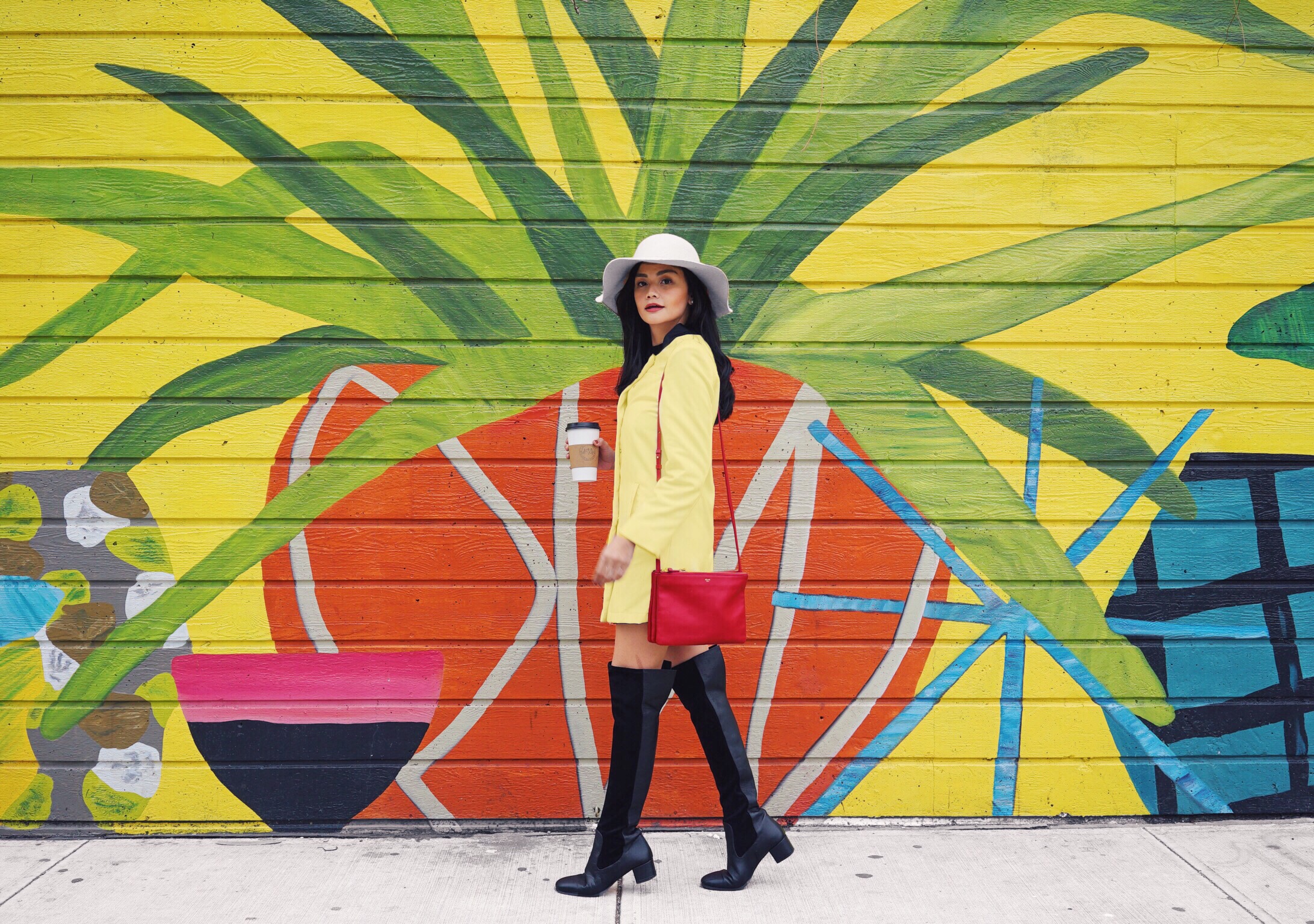 And my first graffiti sighting! :) 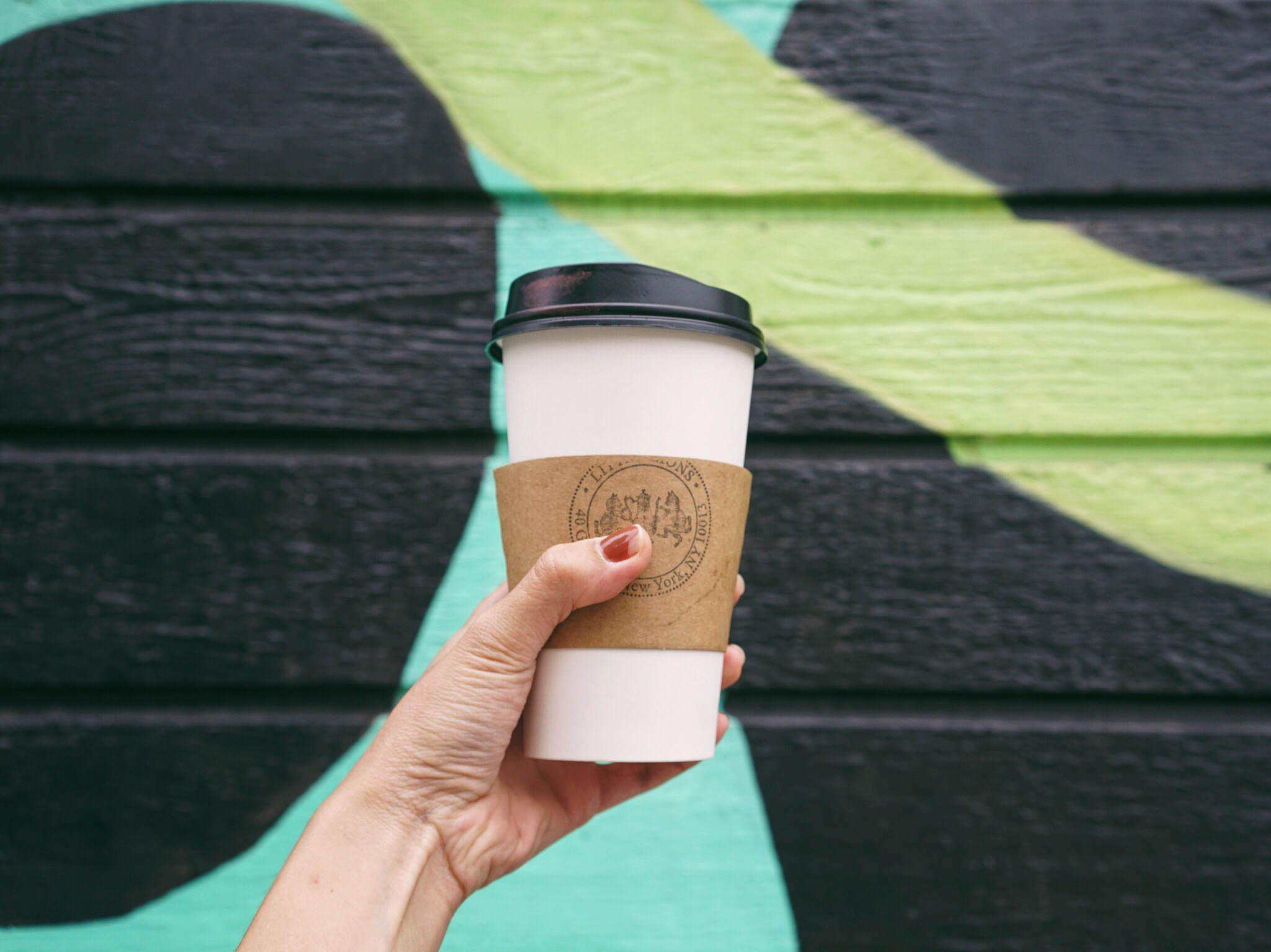 Ben and I knew we were in the right place to take OOTDs because of this. hahaha! 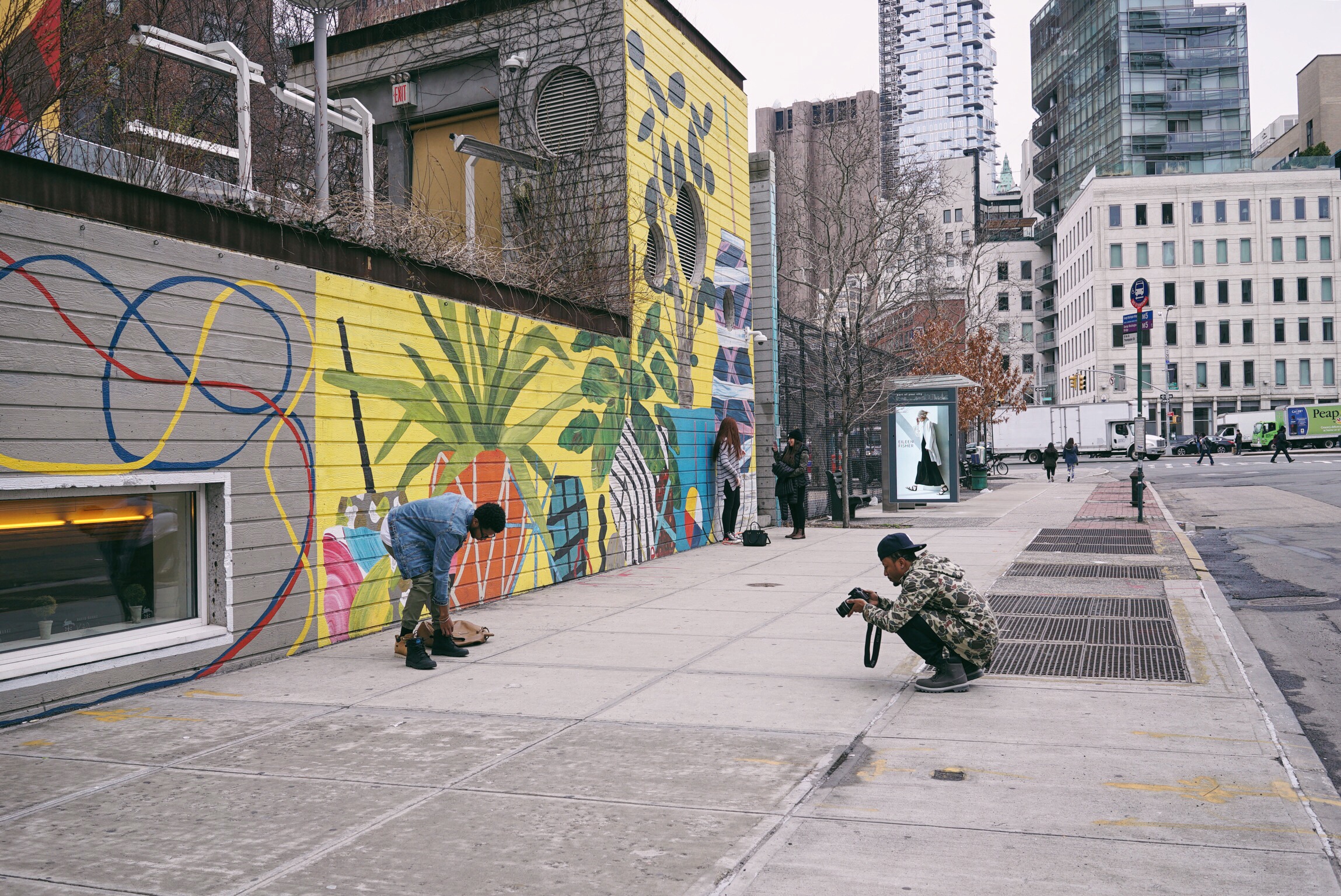 Ben just HAD to do a pose too to blend in ;) 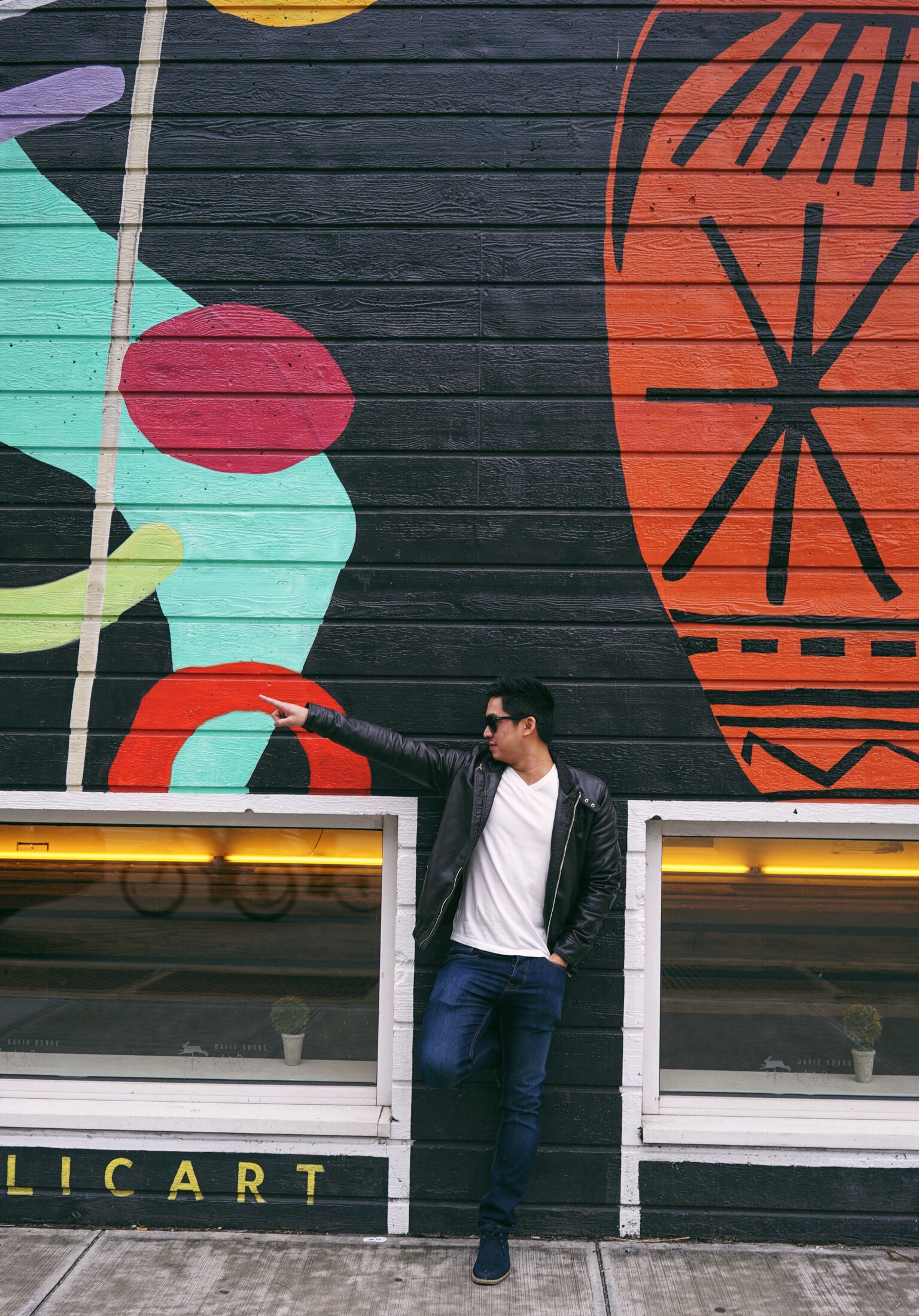 After a few stops on local shops, we finally stumbled upon a cobblestone street! It was secretly why I brought Ben in SoHo, to tell you the truth! hahaha :) I told him that it’s a good place to shop but once he saw how excited I was when I saw the street, he just laughed because he just found out my true agenda :P 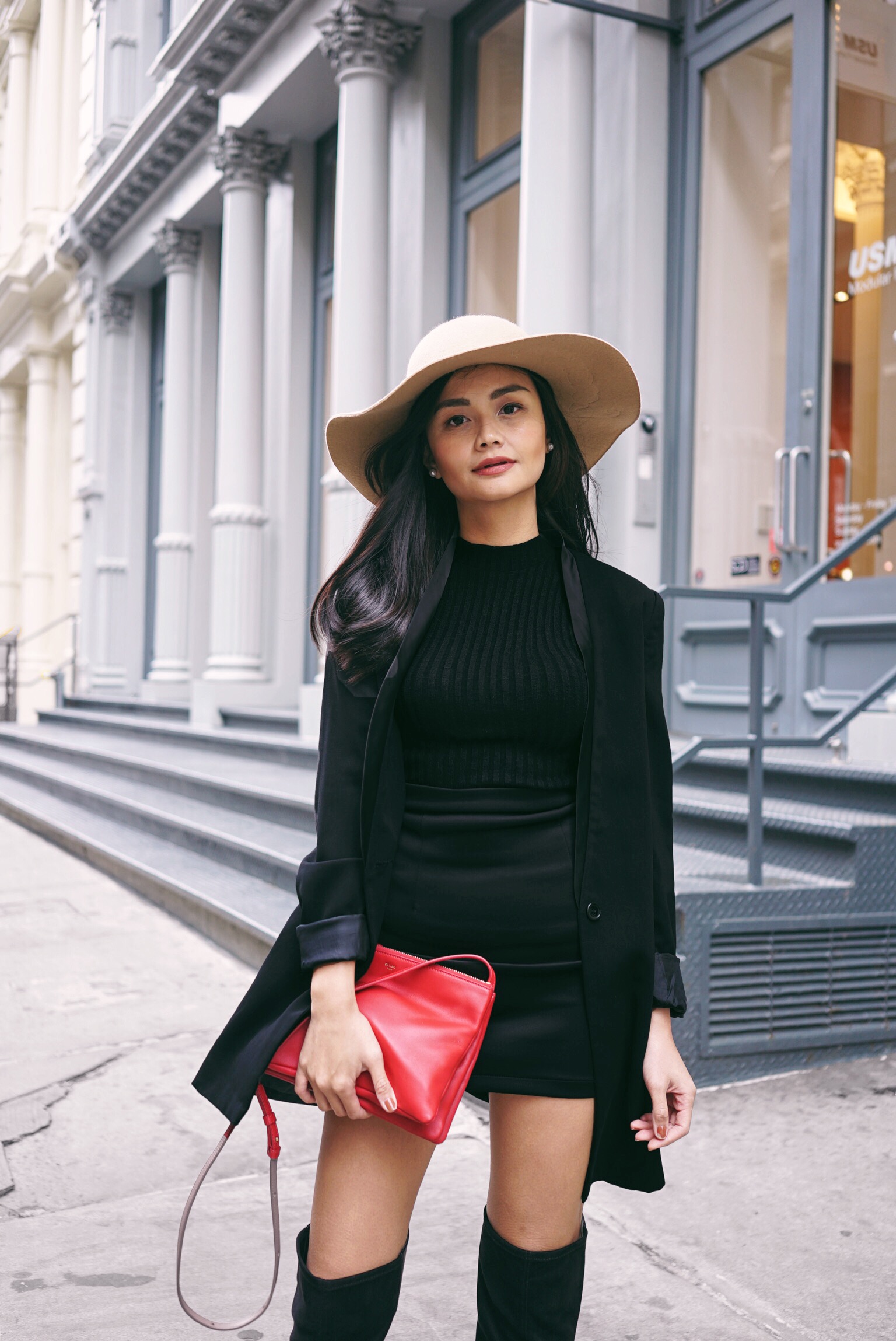 Top from Cotton On, Skirt from Style Staple, Boots from Zara, Hat from Korea, Blazer from Forever 21, Bag from Celinè 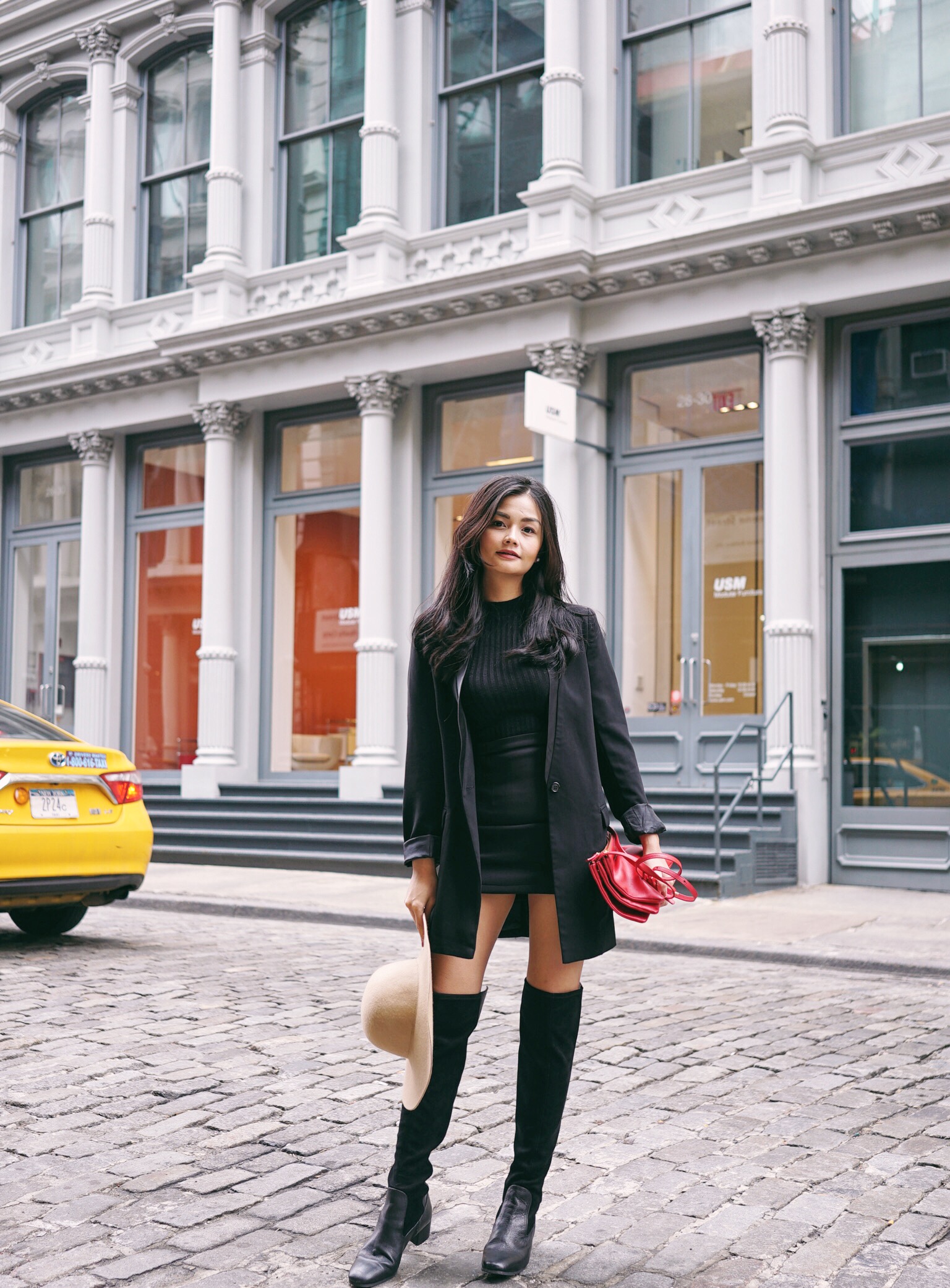 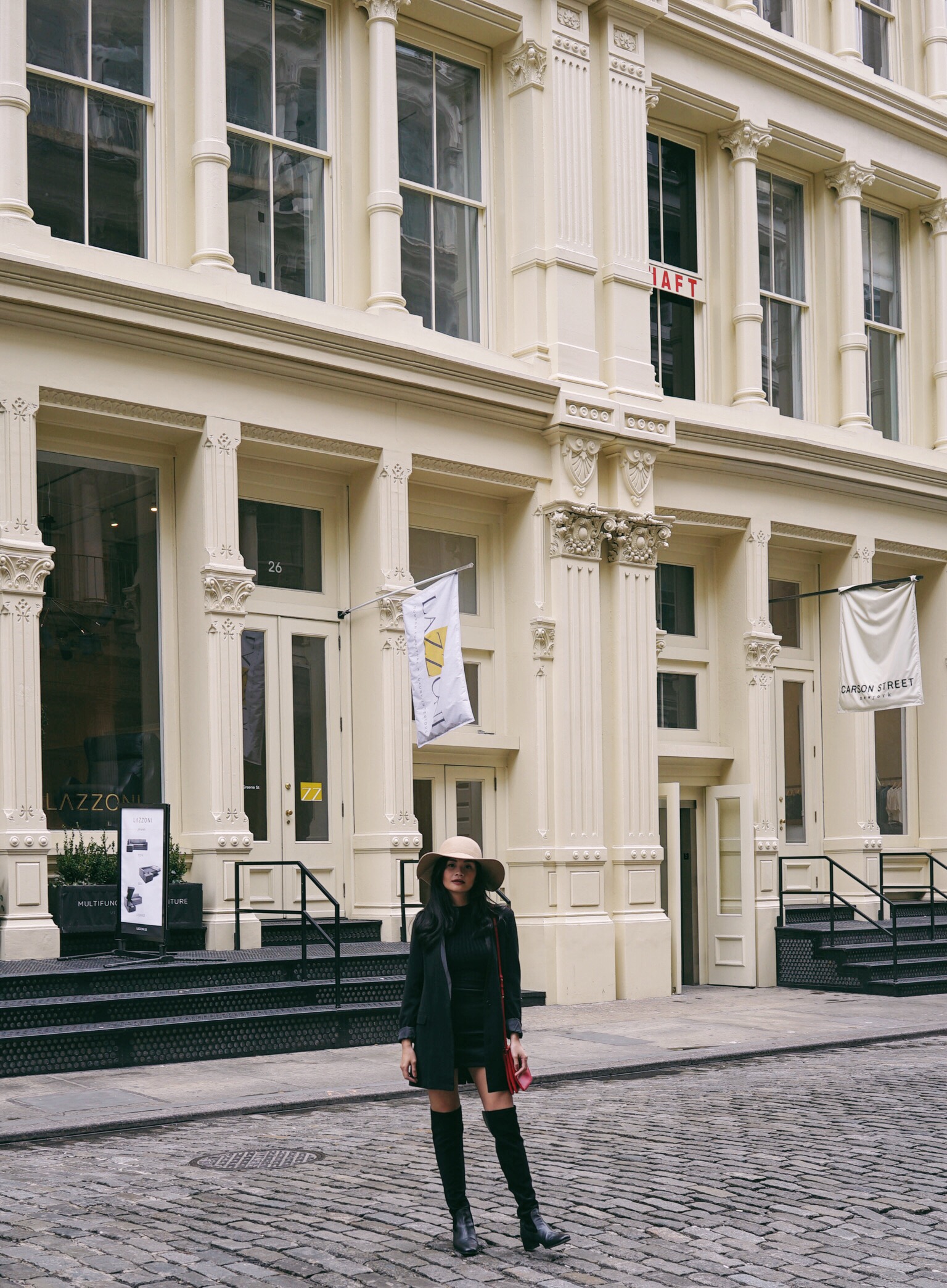 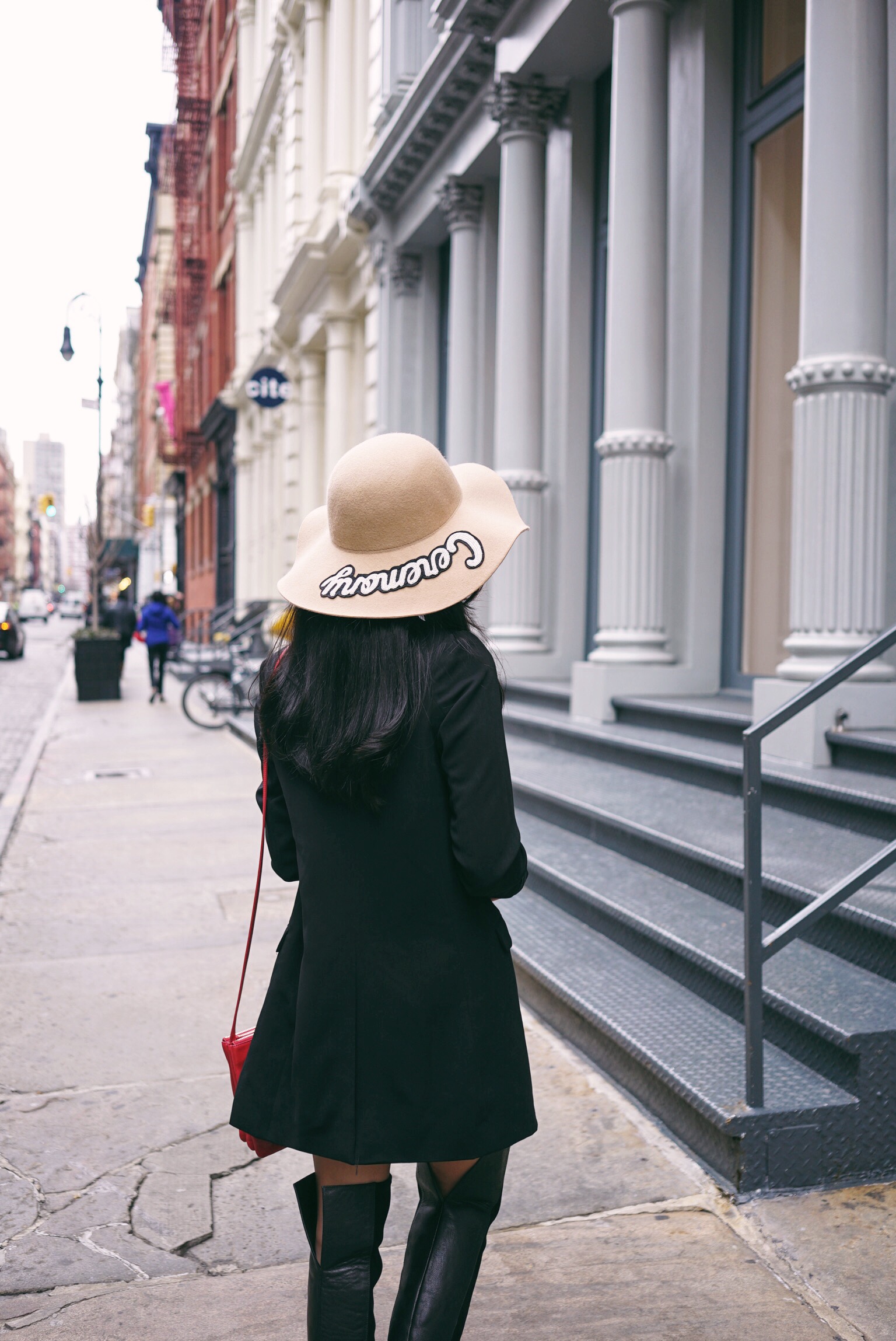 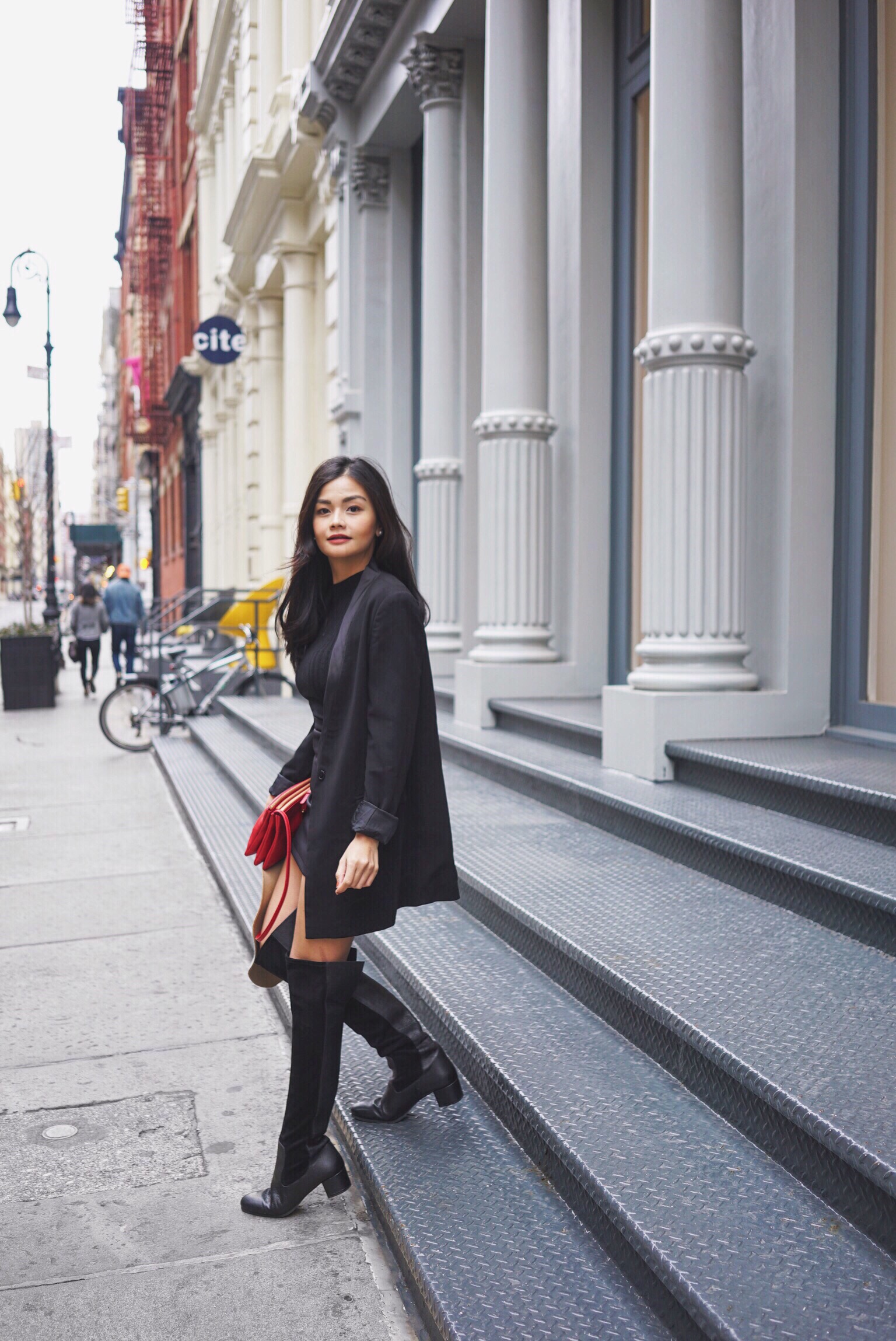 We just walked around more to shop and made a stop at the famous Lomboardi’s for early dinner and off we went home :) We’re still a bit jet lag so we were gone by 9 pm! 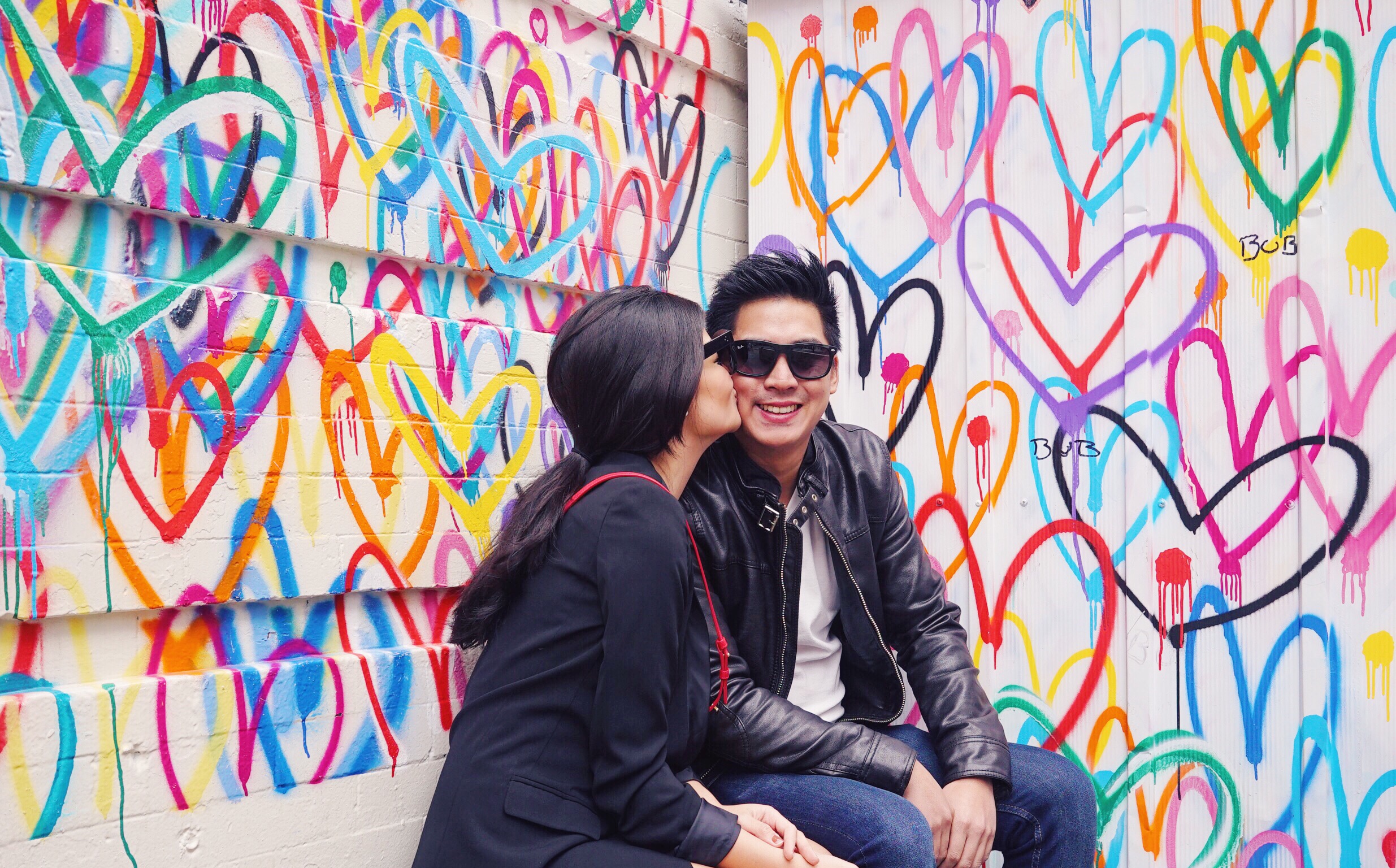 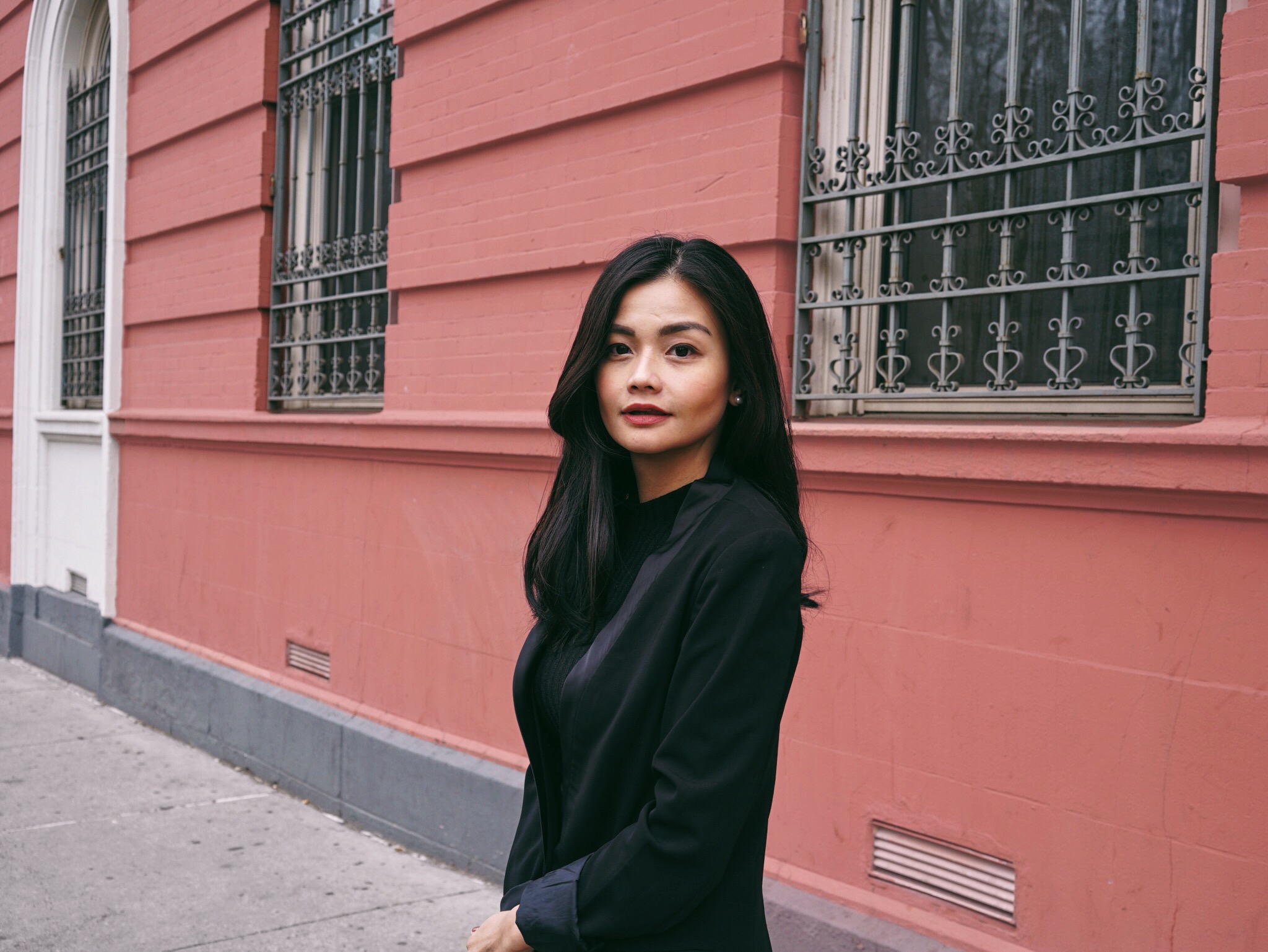