Where To Experience Paris in Indonesia

For all you folks out there like me who’s been dreaming of Paris since you were in the right mind to do so but don’t have the means to so yet, then this blog post was written especially for you :) You see, the problem with me is that I know I have to save big time before going to the city of love… not because the tour will be expensive or I don’t have the time to but because I have to physically and financially prepare for the shopping there! haha! I’m not as bad as Rebecca Bloomwood (and I’m praying I won’t be) but I admit that my right frame of mind floats away once I’m infront of designer items with my debit card in hand :) haha! Anyone I know who’s been to Paris has been to there told me that the shopping gets pretty overwhelming because the prices there are almost half of what you pay for here in Manila and 2/3 of what you pay for in s Asia. So for now, this year, I’m grateful that Verniece and I got a taste of it in our gorgeous hotel in Bandung, Indonesia :)

Park View Hotel is located in the middle of Bandung and is the first Parisian Bold Eclectic concept in the city. It’s also very new since it’s construction was only completed a month before we arrived and still on a soft opening when we stayed :) The design was very thought of with every detail of the hotel matches the look and feel they want to give to their guests :) Since I haven’t been to Paris, I can’t really say that it looks exactly like it but from all the stories I heard and movies I’ve seen, I was really brought there! :) We loved the hotel so much that we stayed there for one whole day and that never happens with me and Verniece when we’re abroad. We wanted to take pictures in every corner of the place! :) The hotel has a total of 80 guest rooms where there will be suites to fit every person’s fancy. 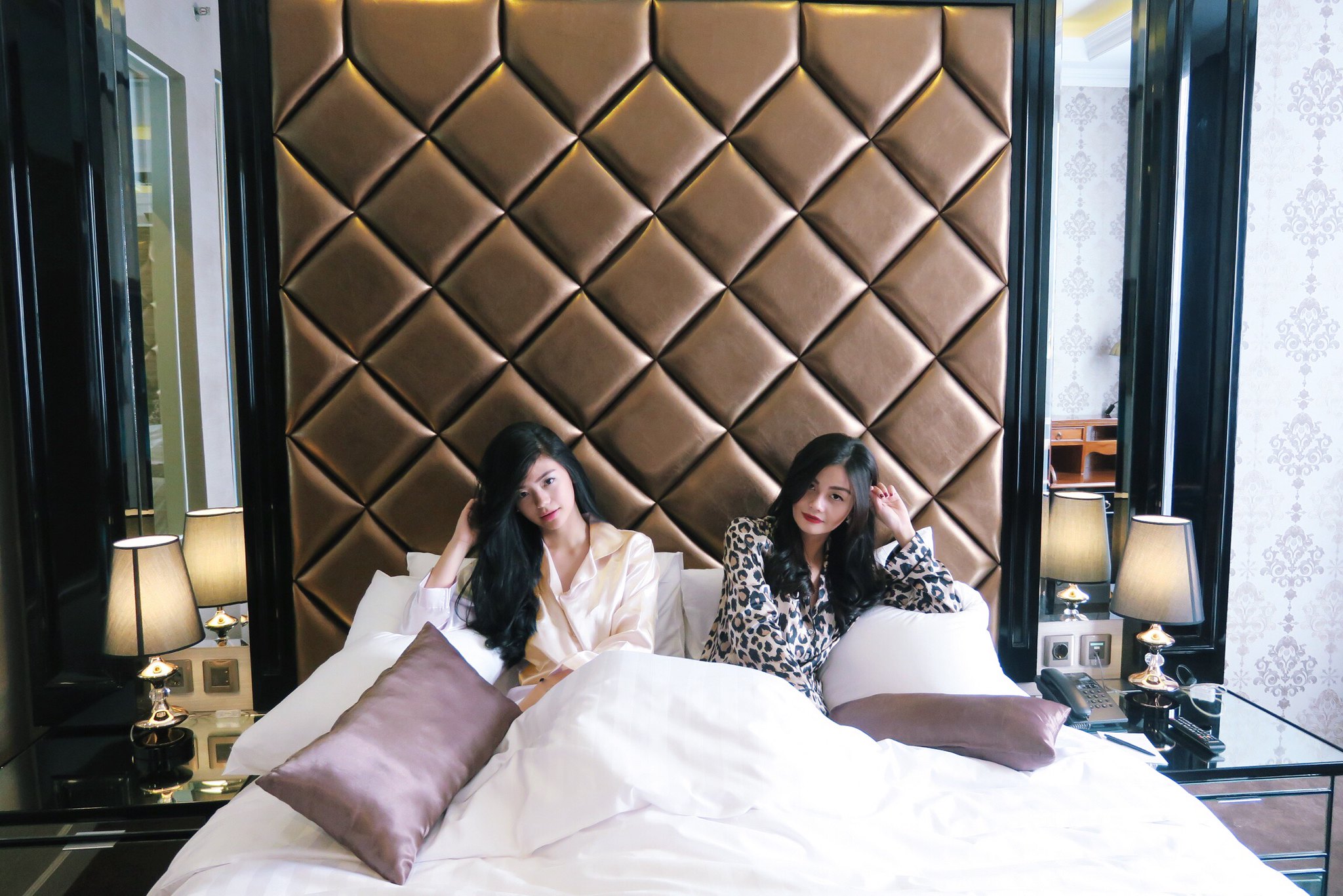 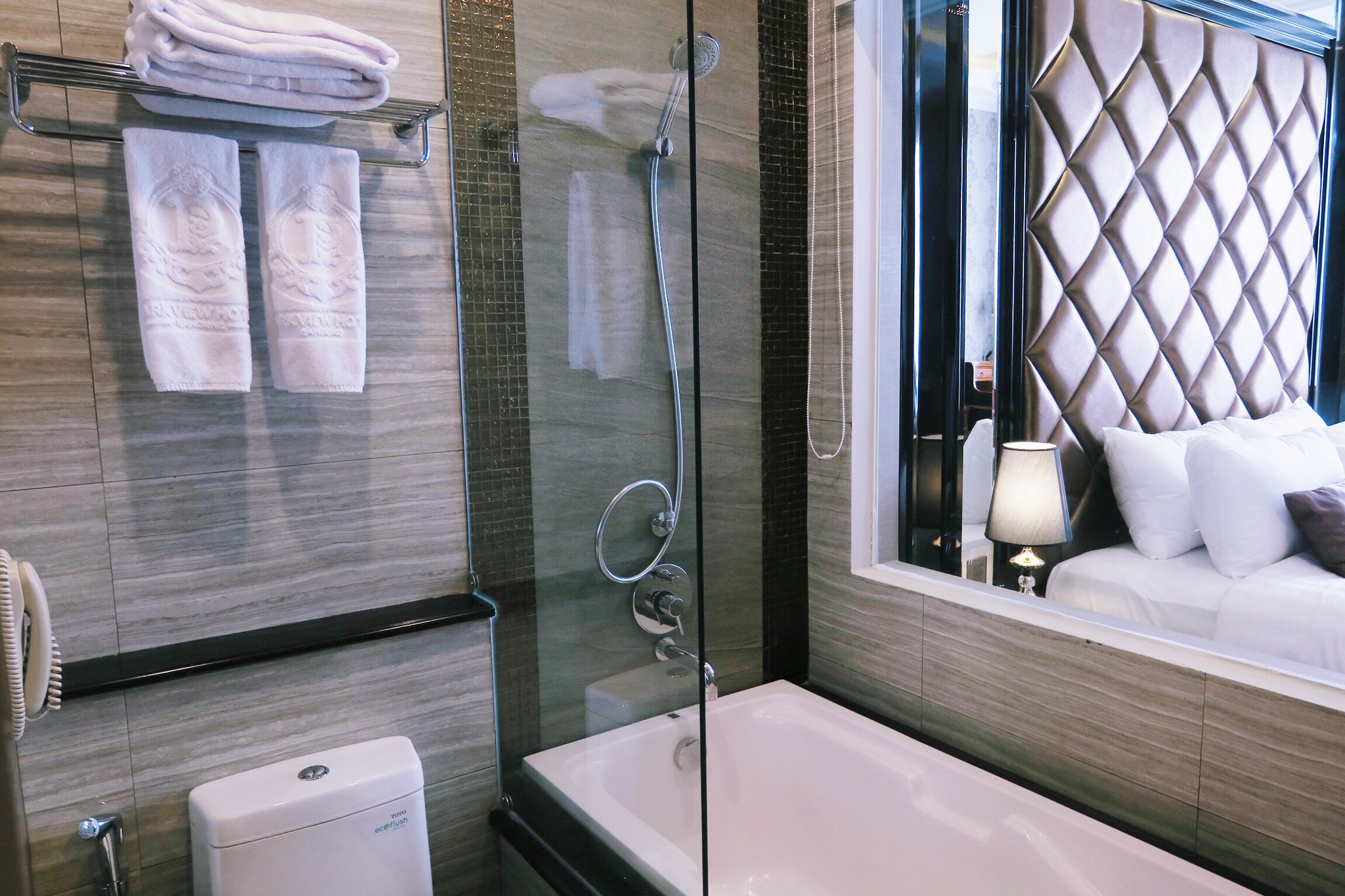 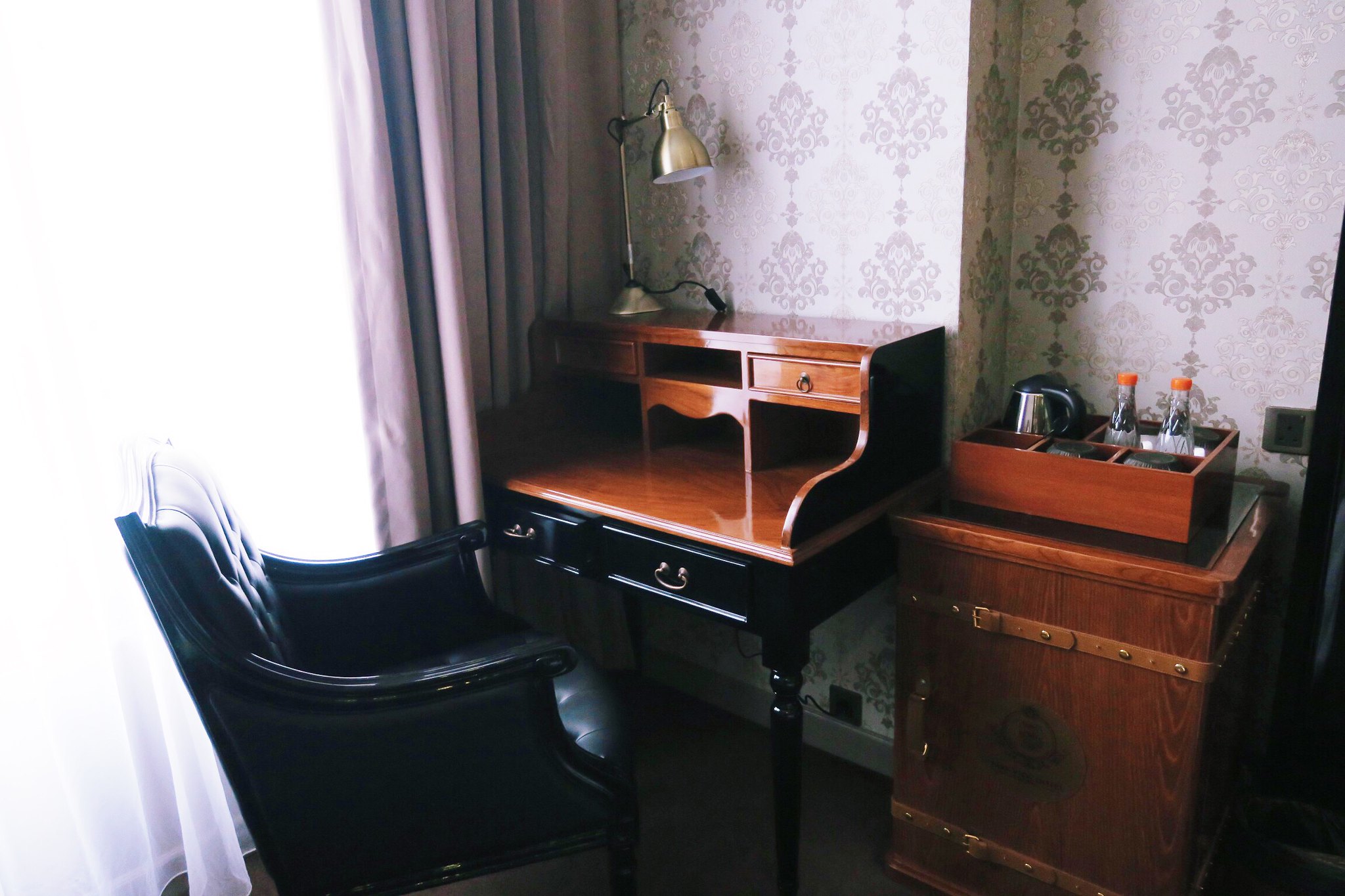 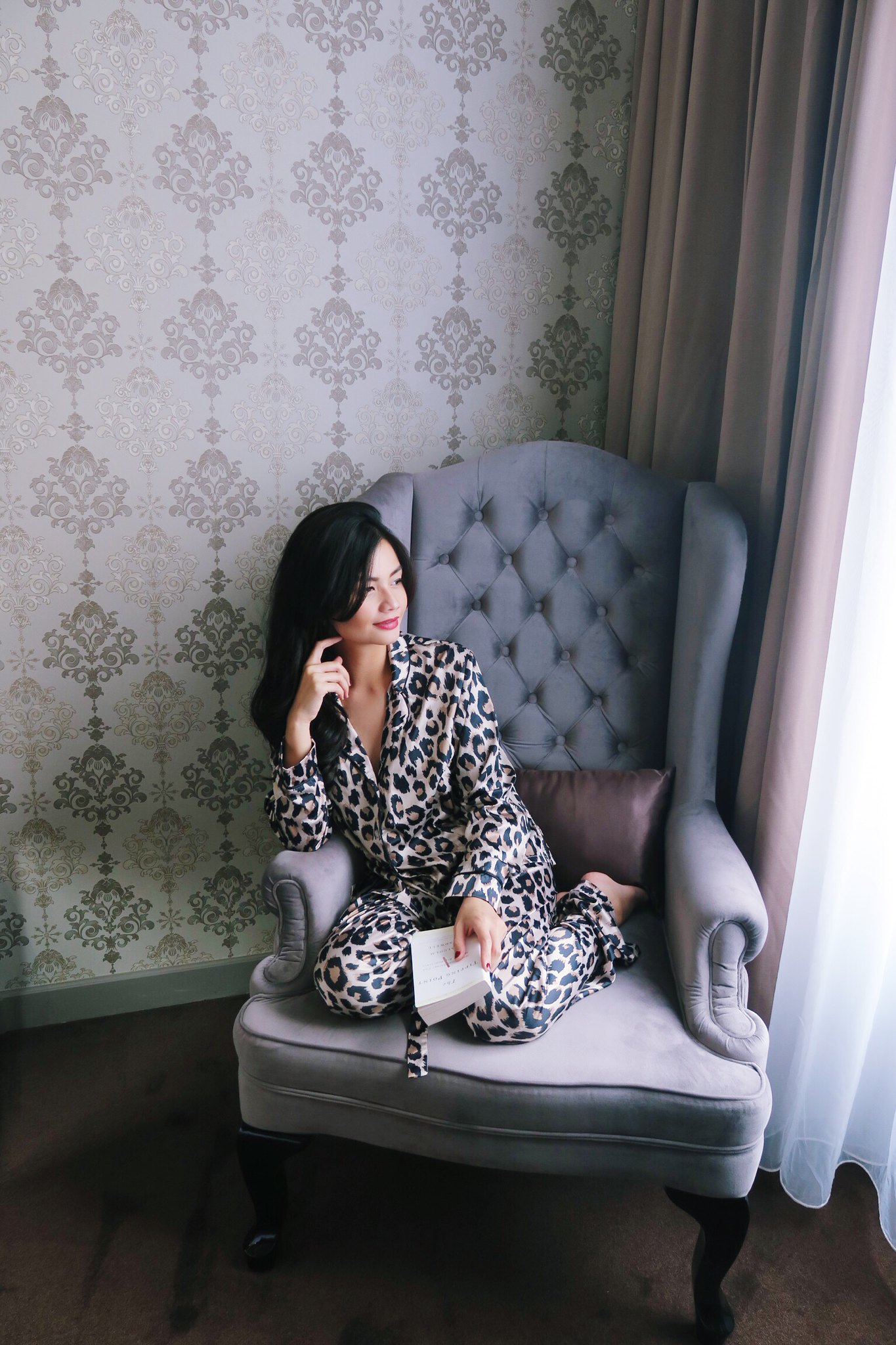 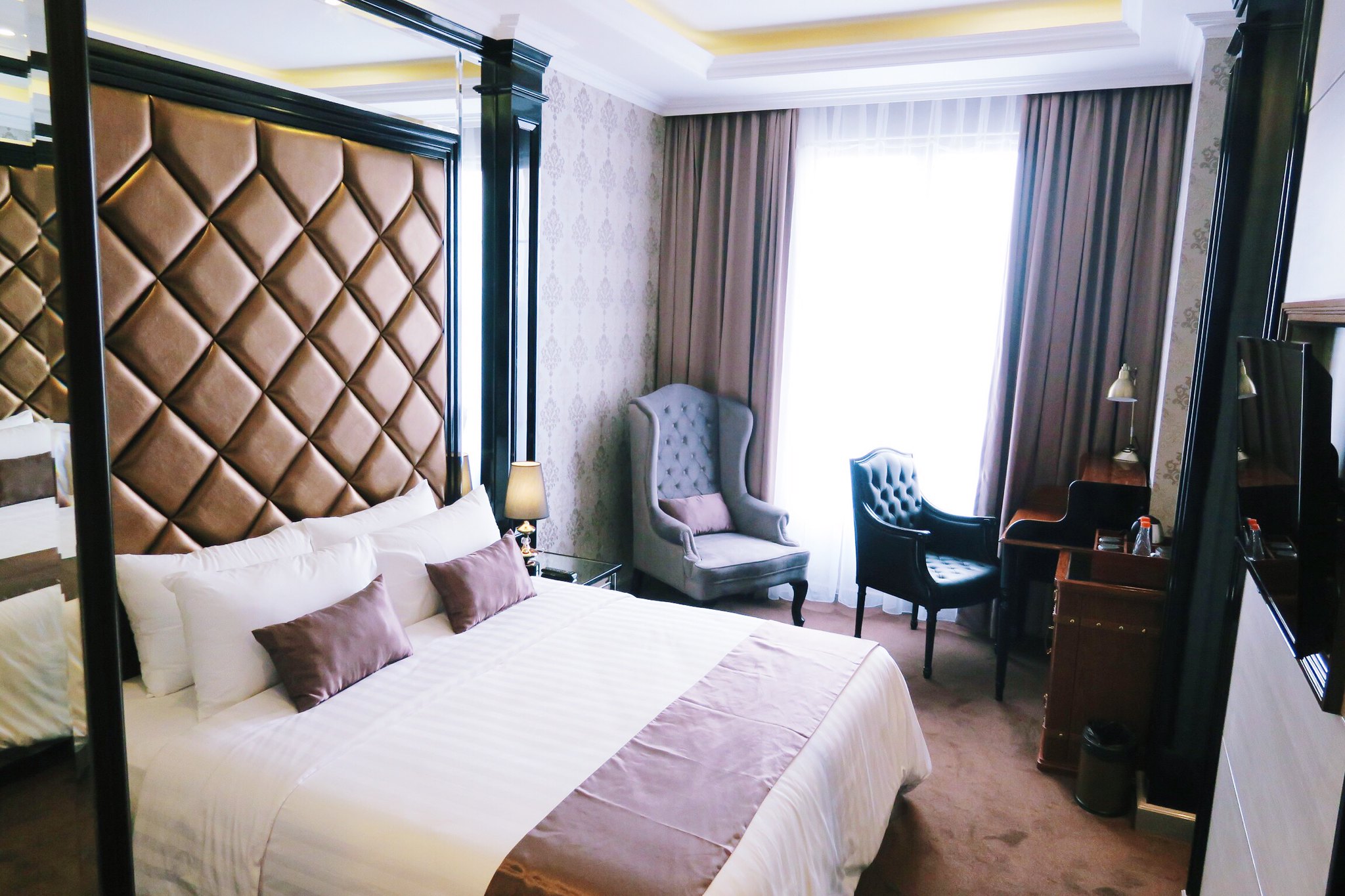 This is the second room we stayed in and I feel like the color palette is more me! The first one looked exactly like this but it was in blue and yellow which was more Verniece :) 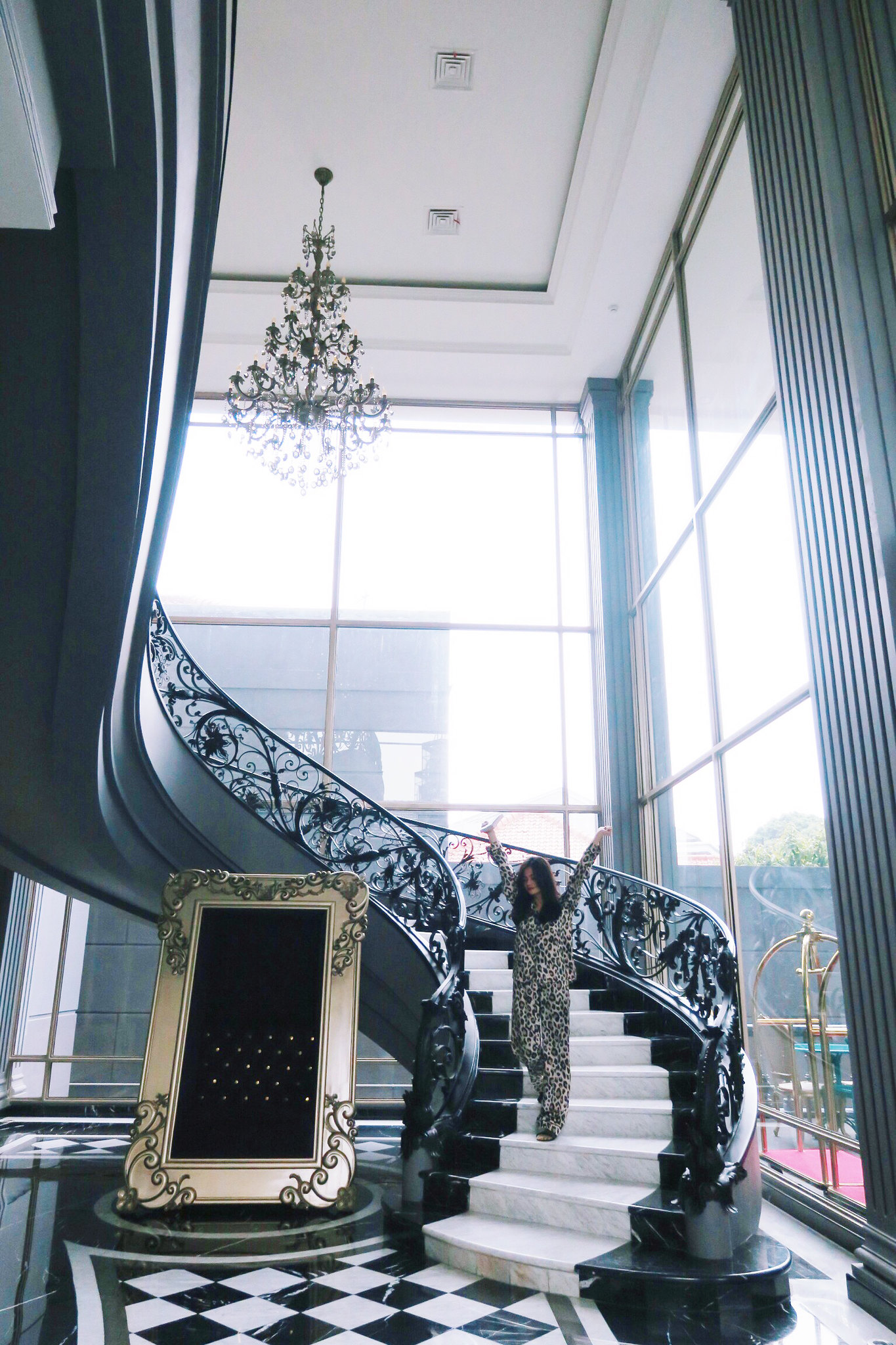 This is the grand staircase that welcomes you in the lobby :) 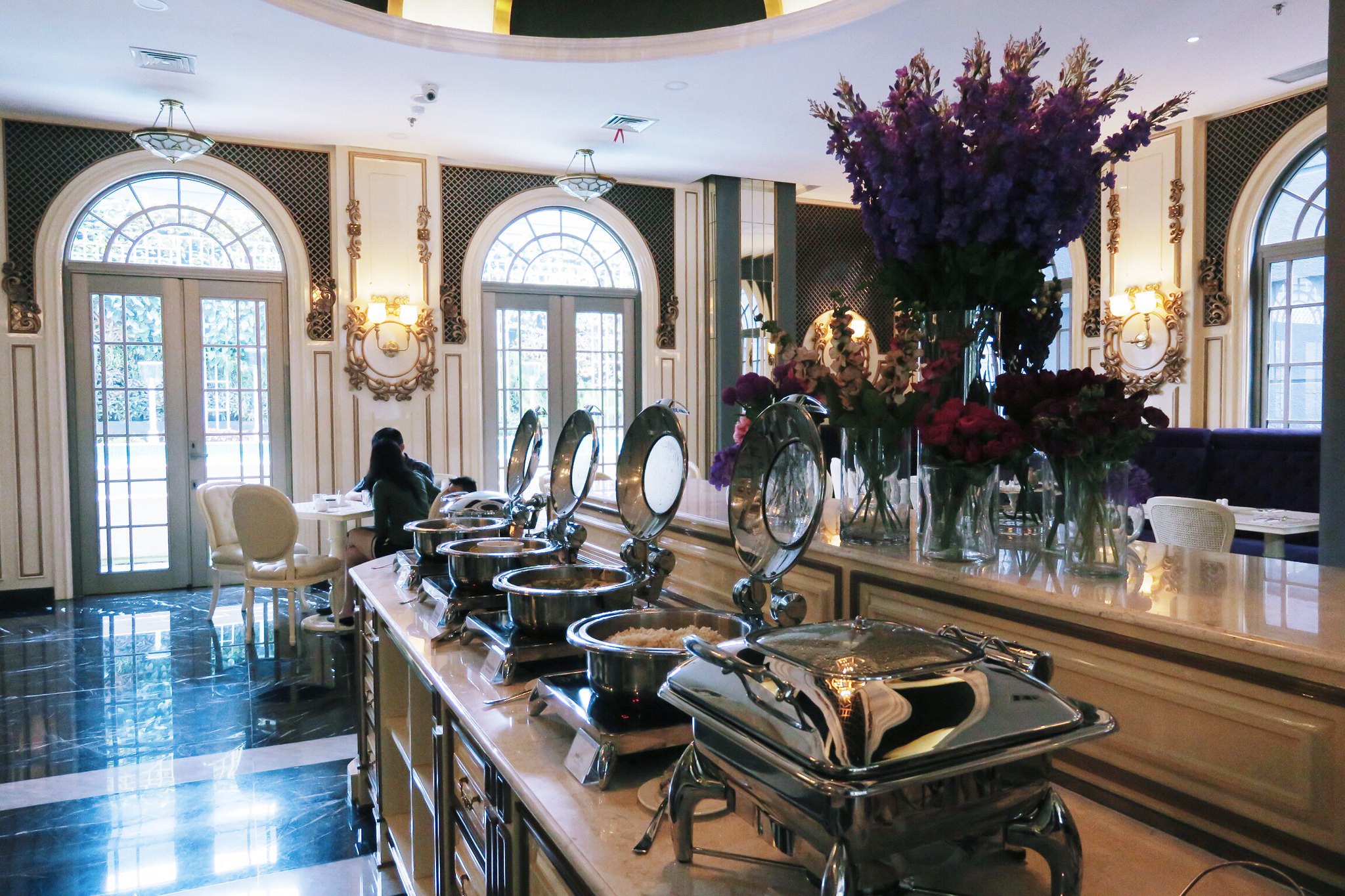 The restaurant where they serve breakfast, lunch and dinner buffet. They serve mean ala carte too! What I love about Bandung is everything is cheap even when you stay in luxurious places like this :) The average price of the menu is half of what you pay for in 5 star hotels here in Manila. Also, they gave French dishes a spin by adding flavors to it that will perfectly infuse both French and Indonesian cuisine. 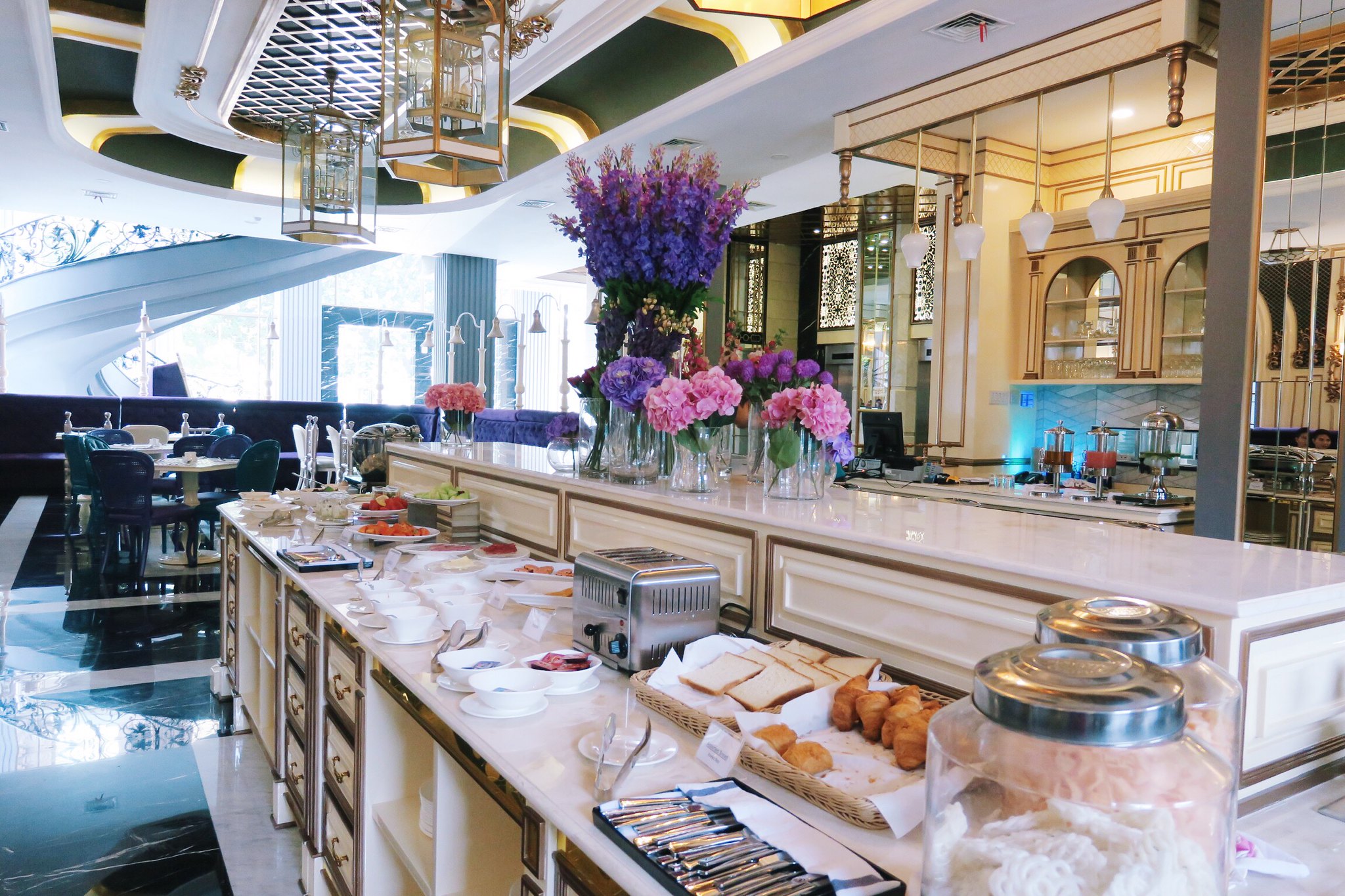 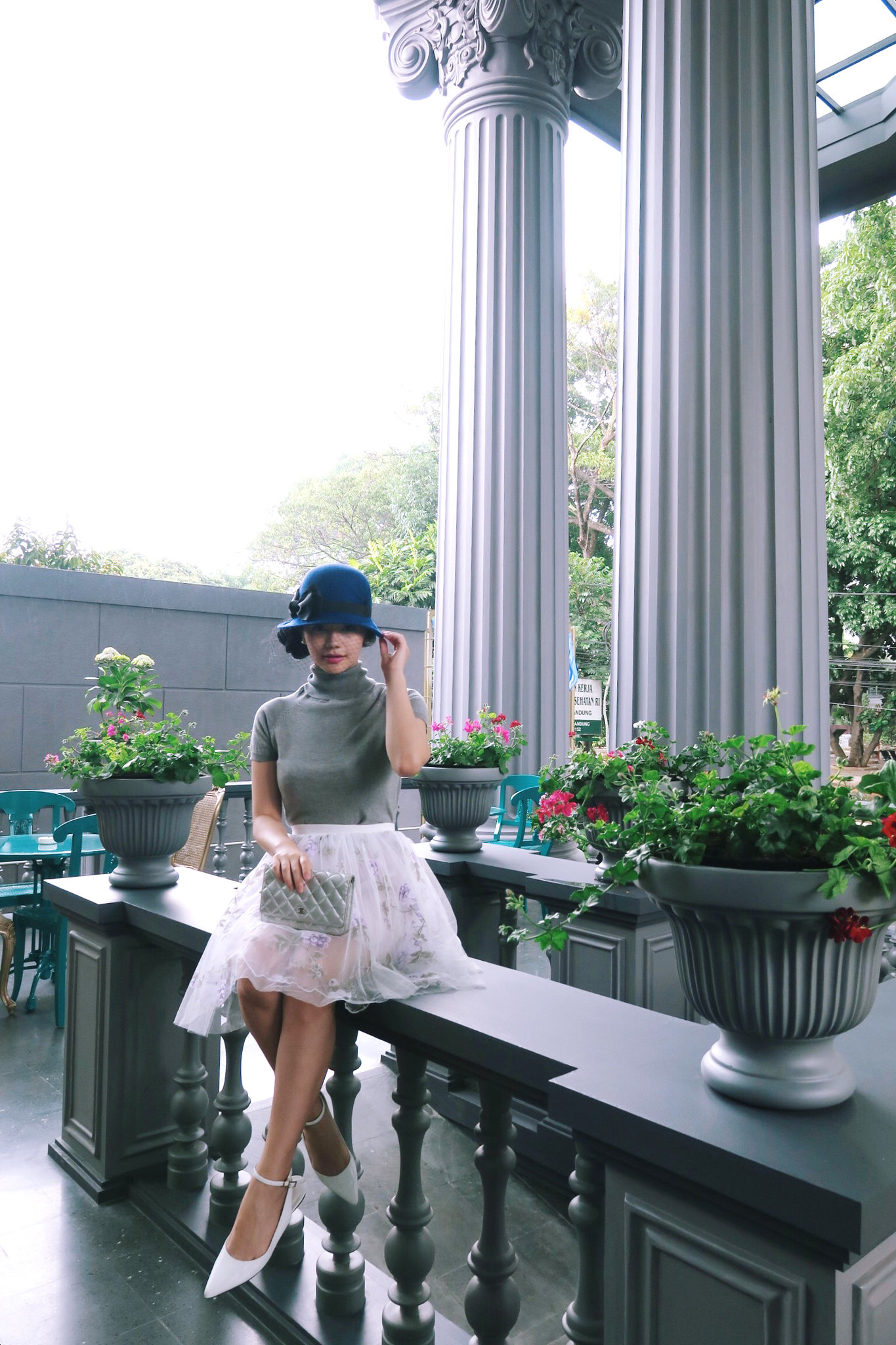 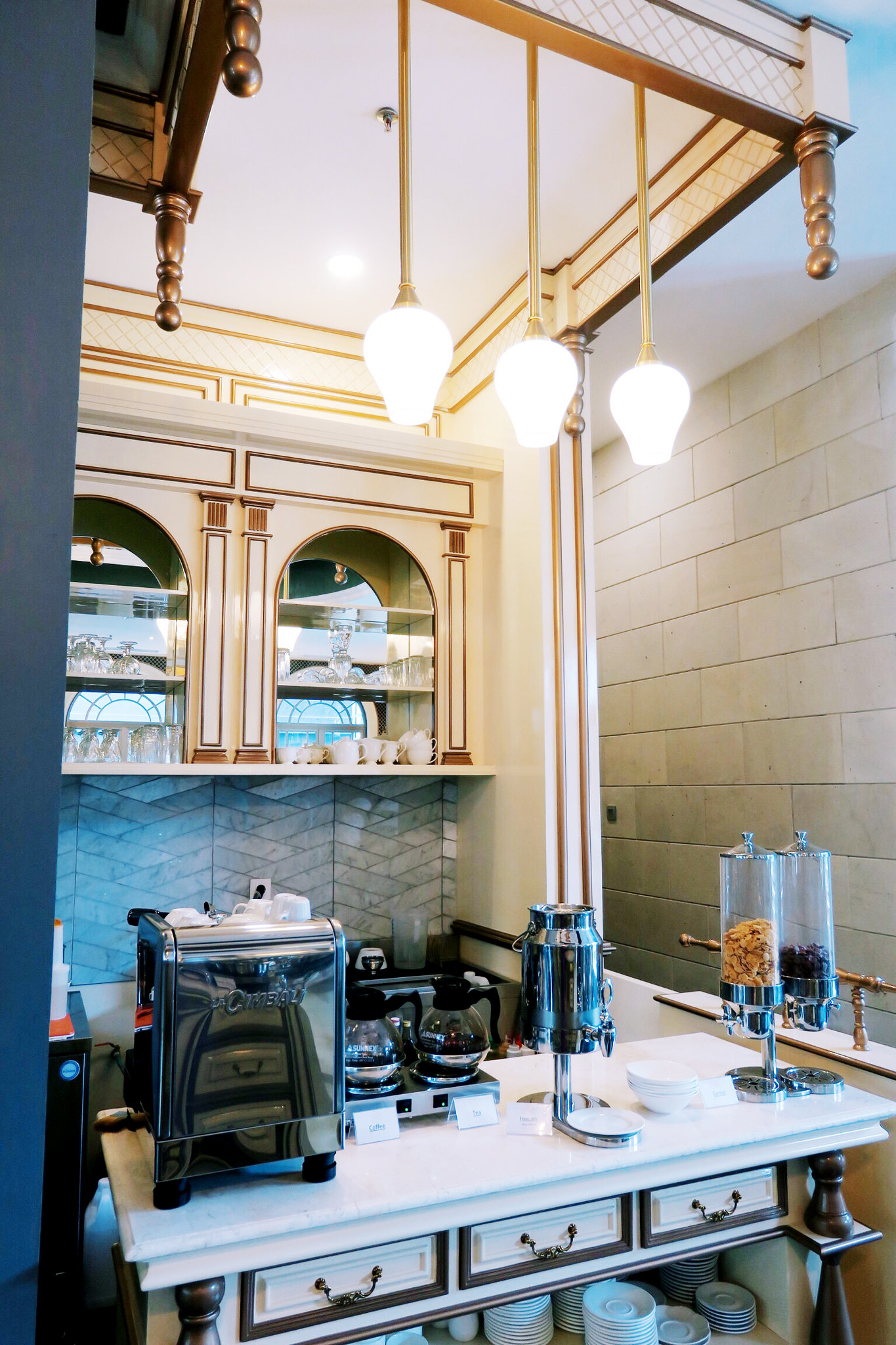 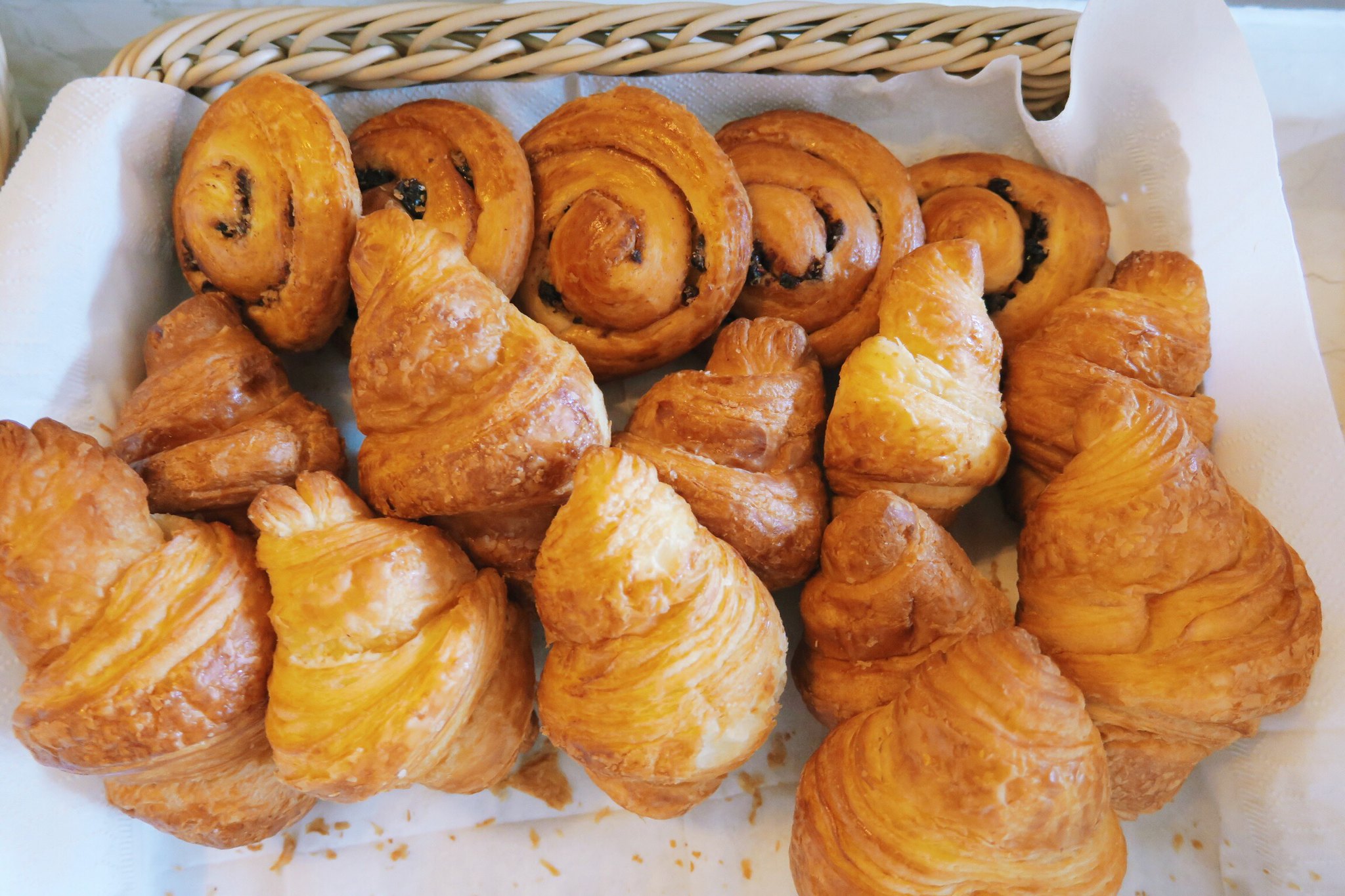 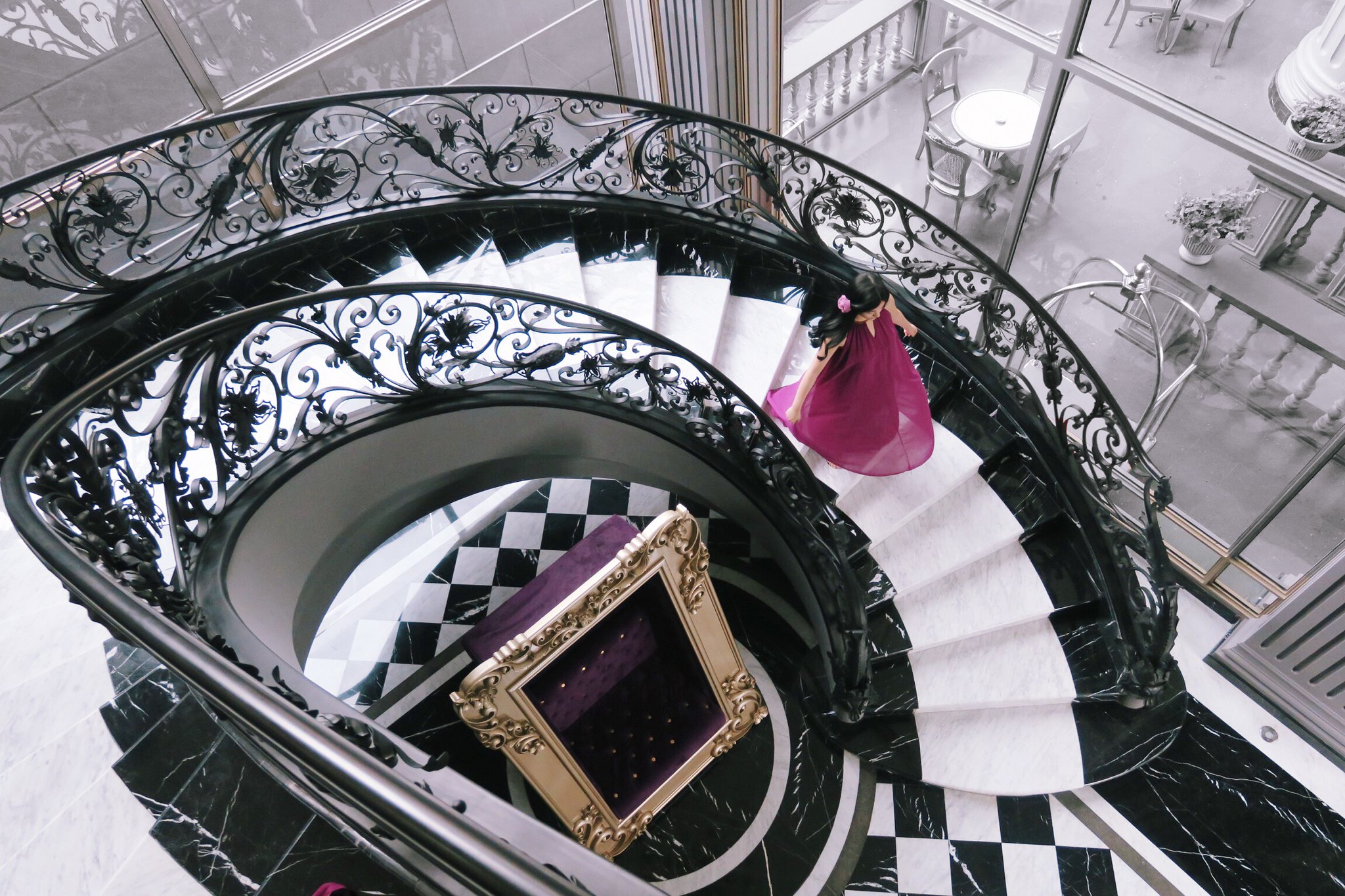 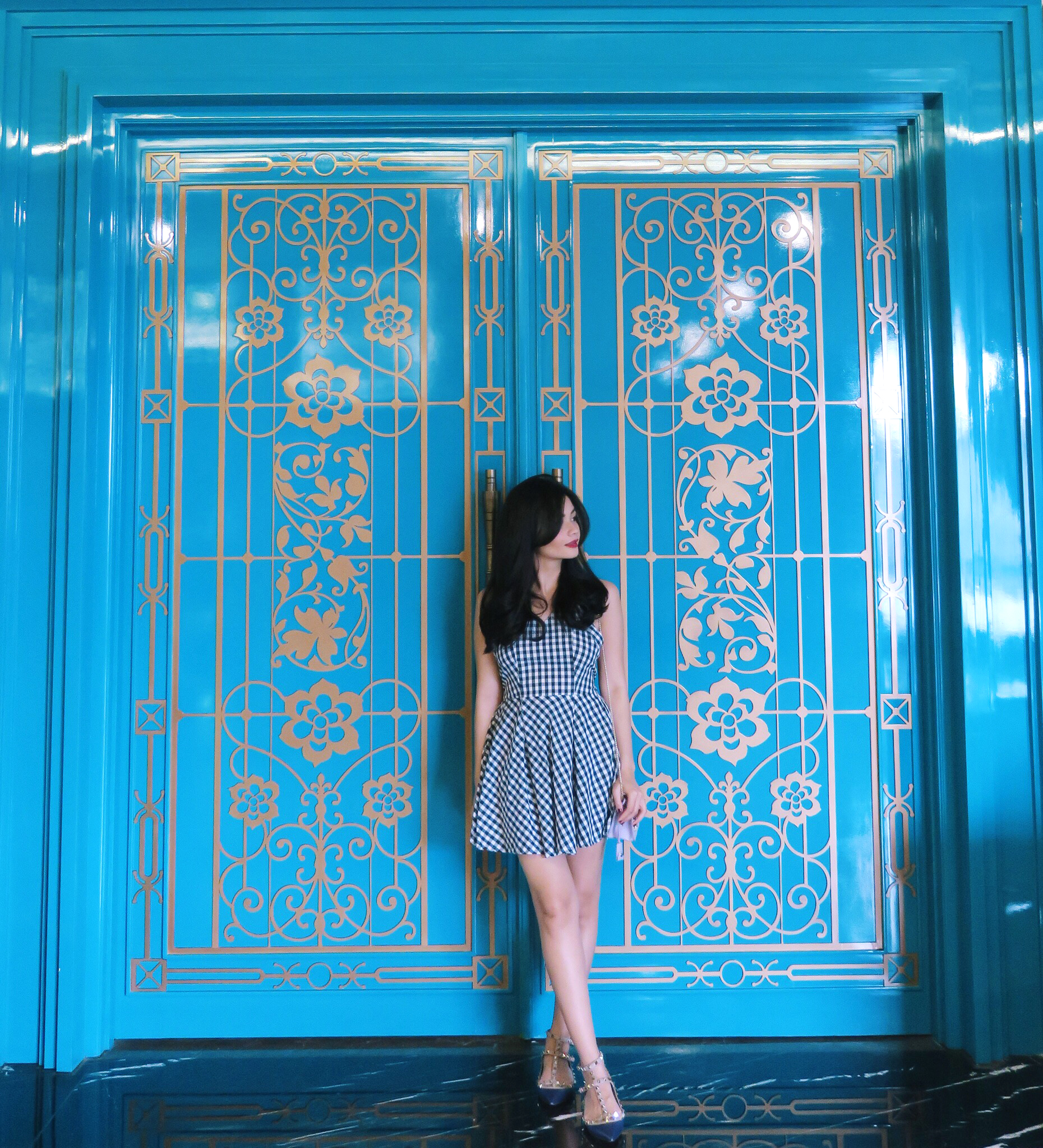 The hotel has a ballroom and 4 meeting rooms as well :) 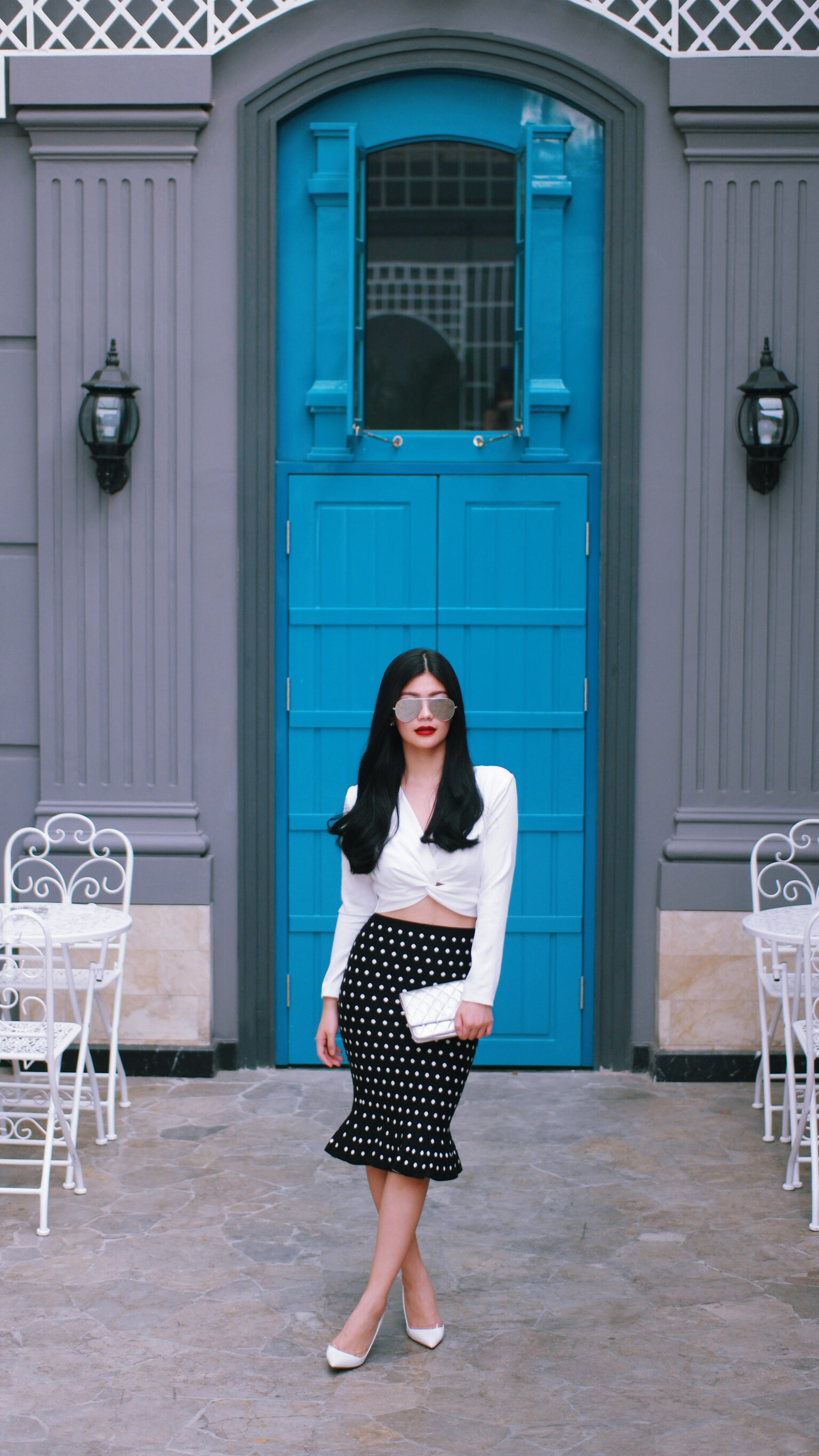 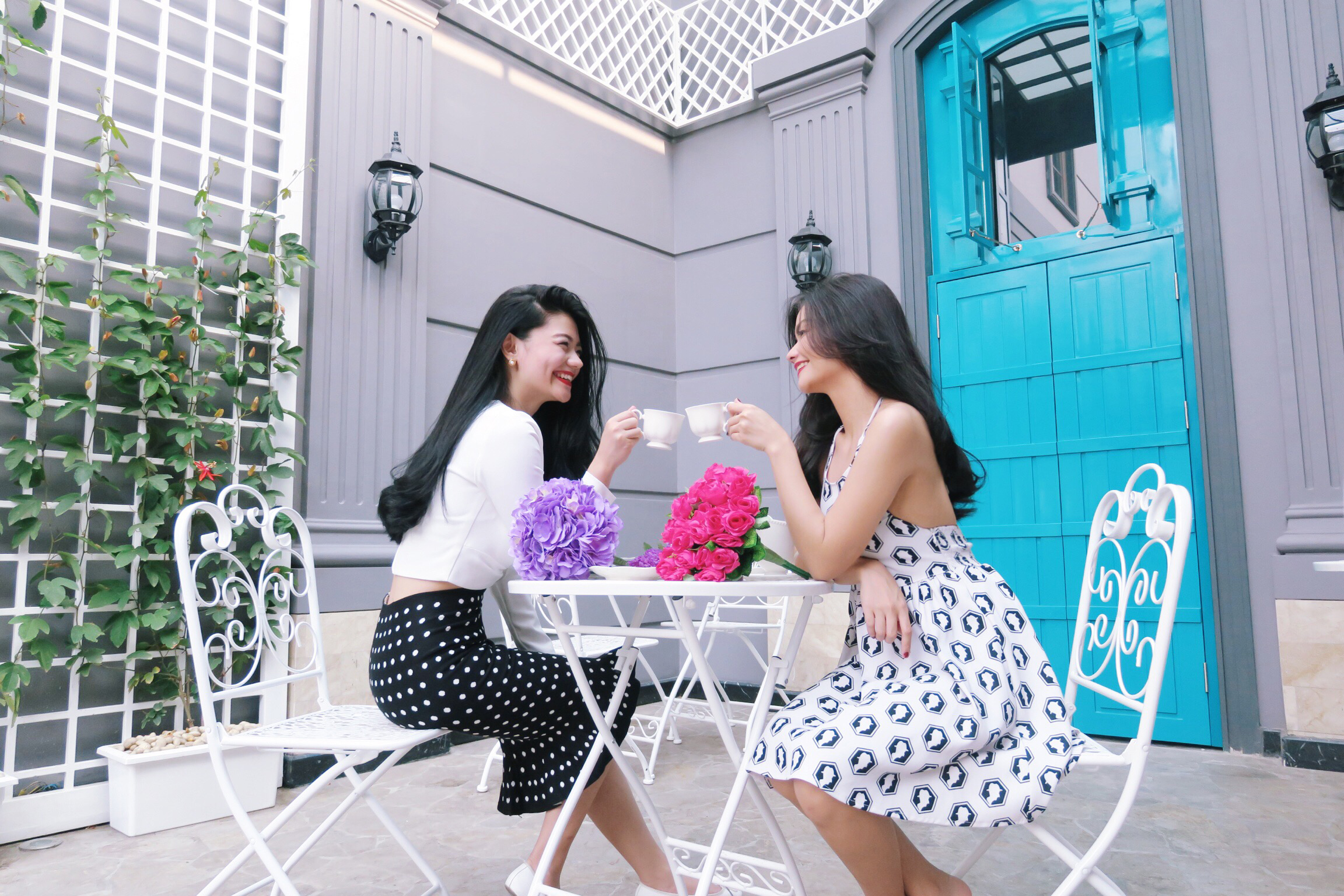 and now the courtyard! 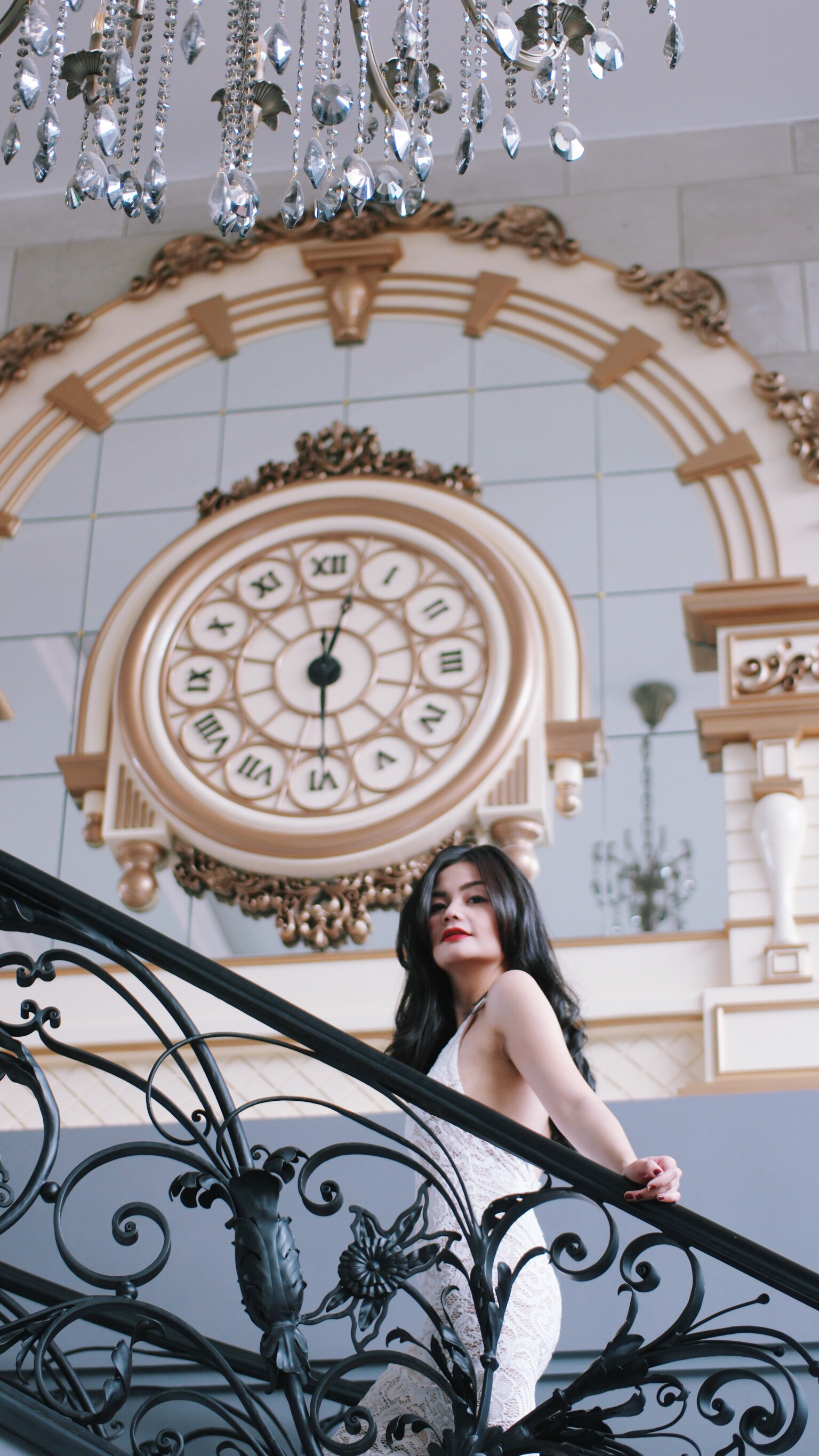 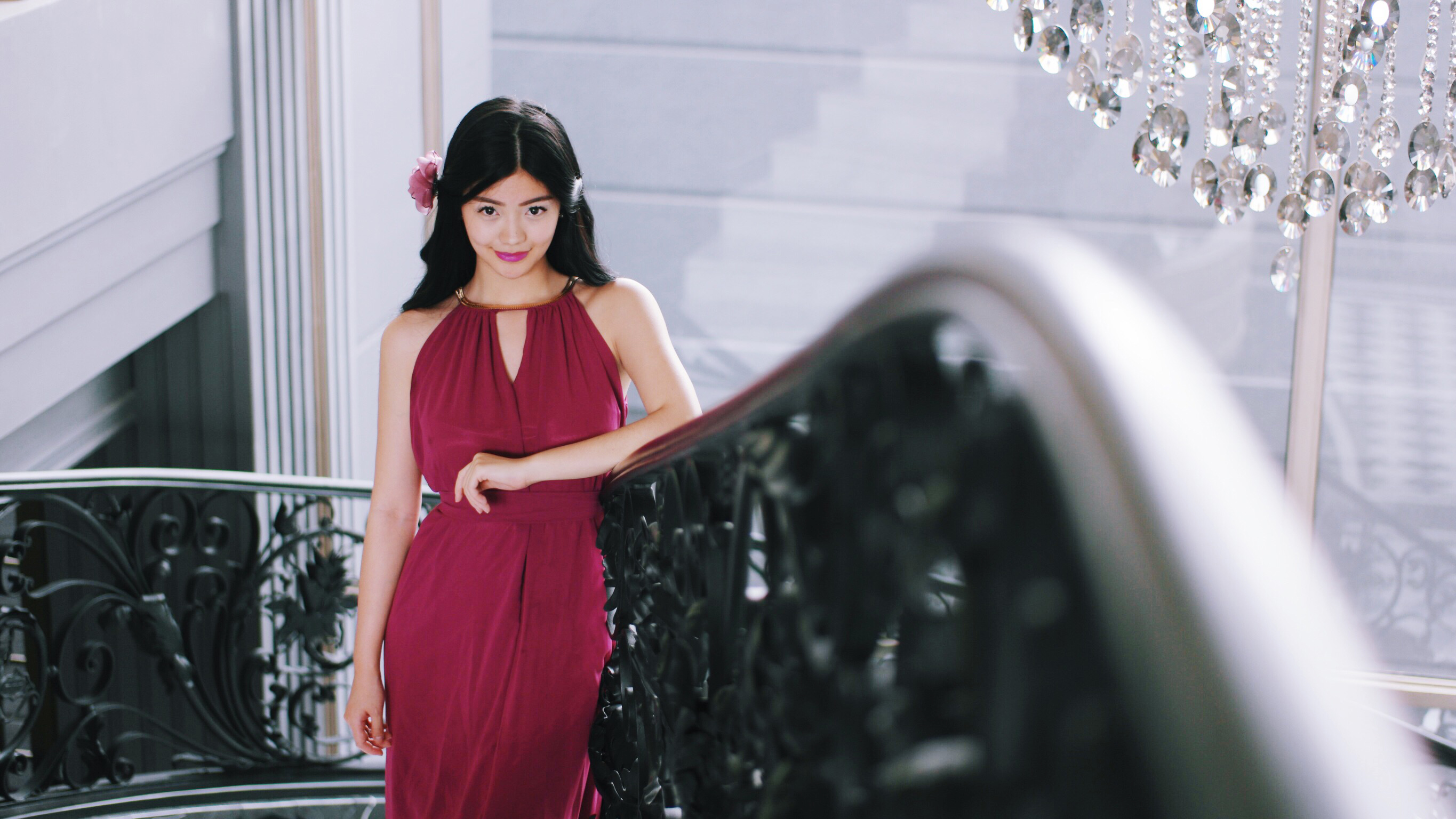 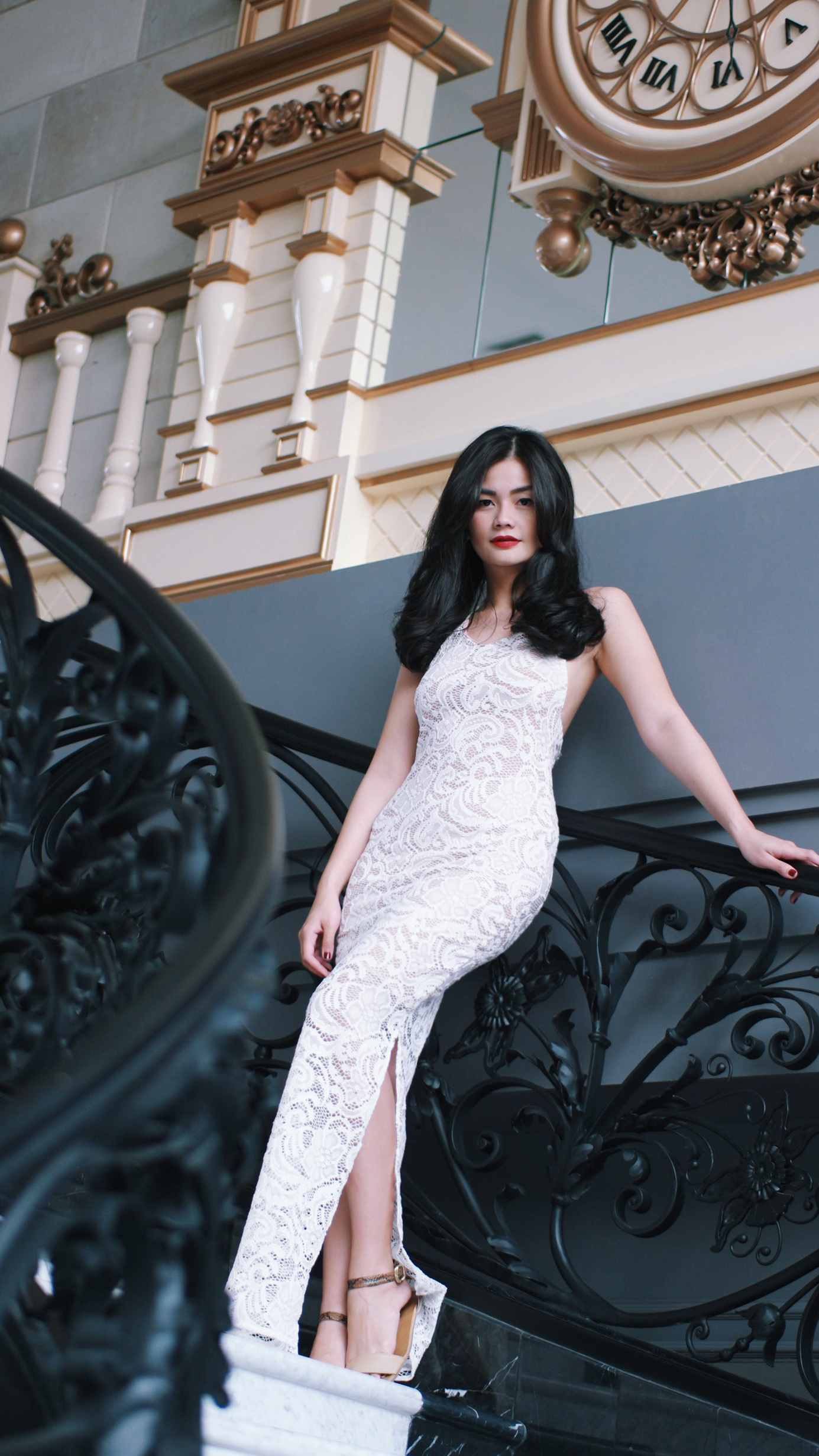 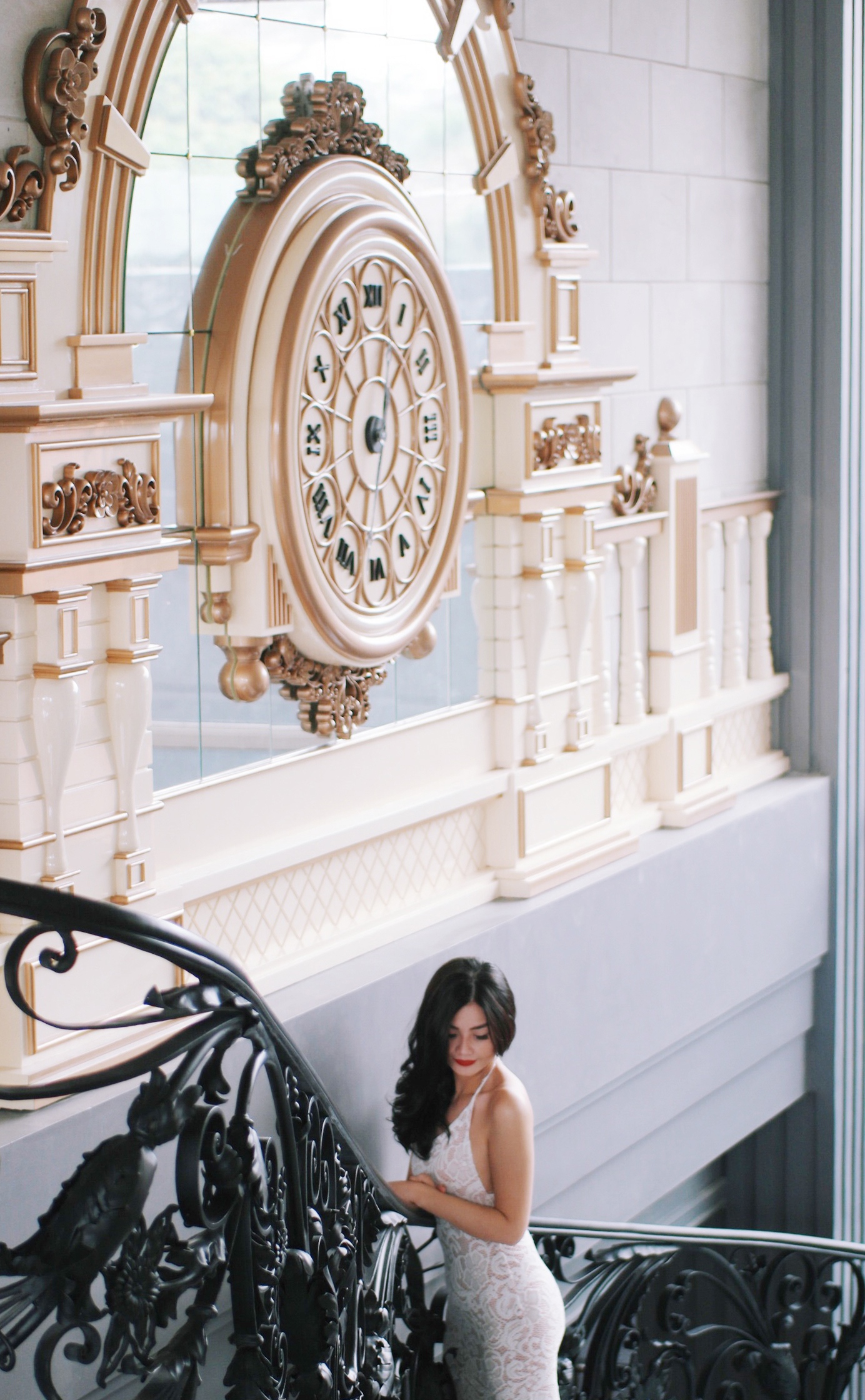 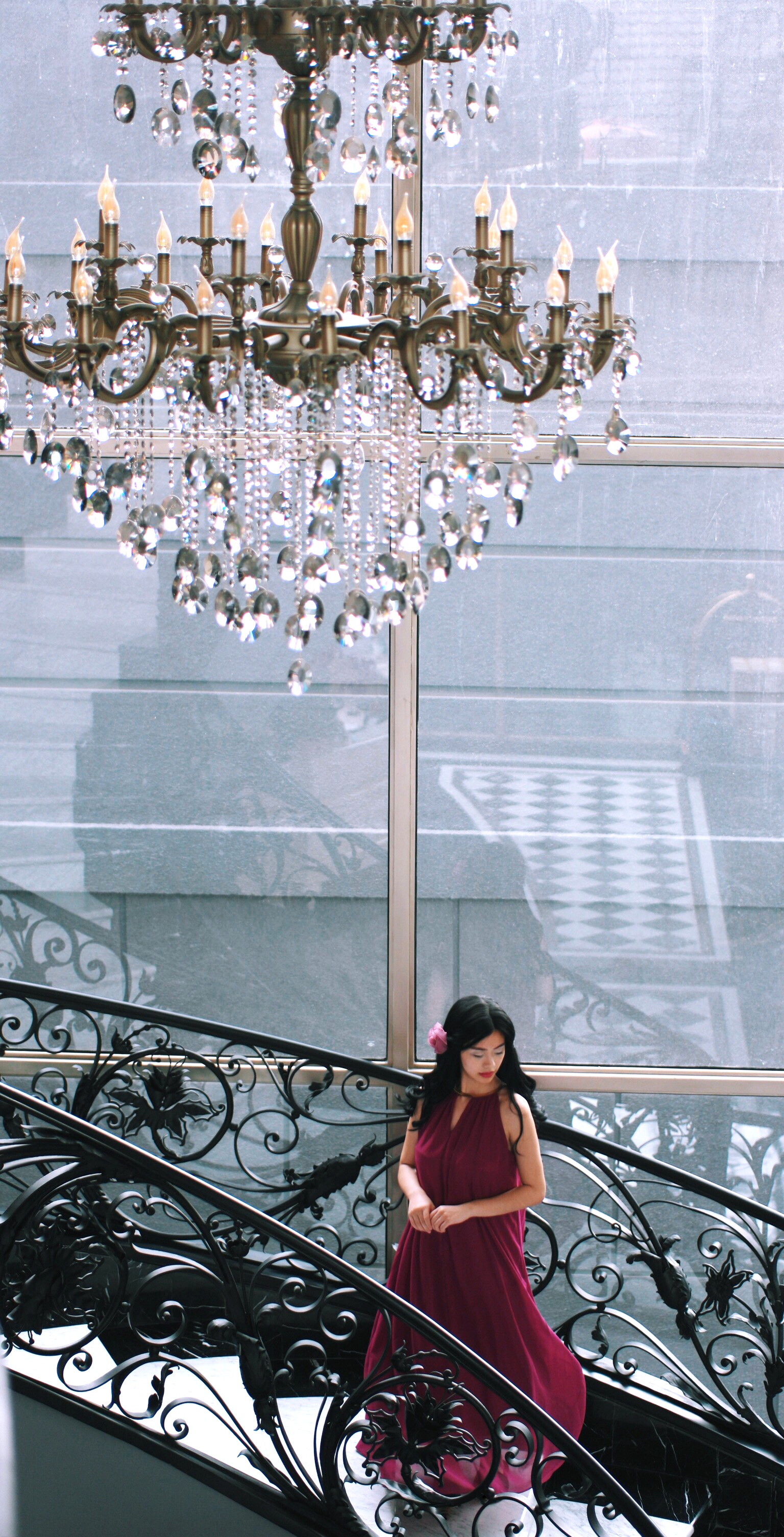 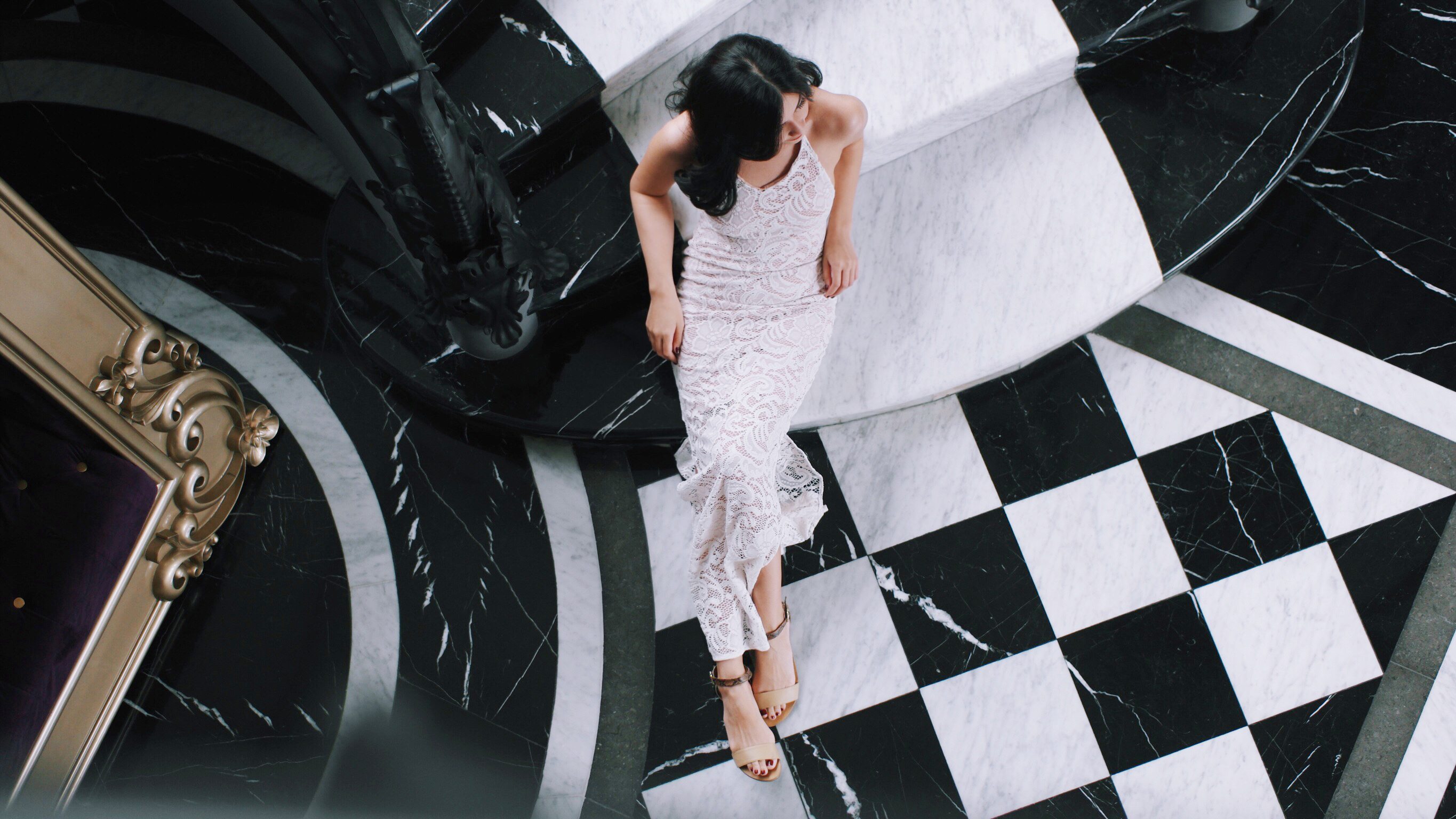 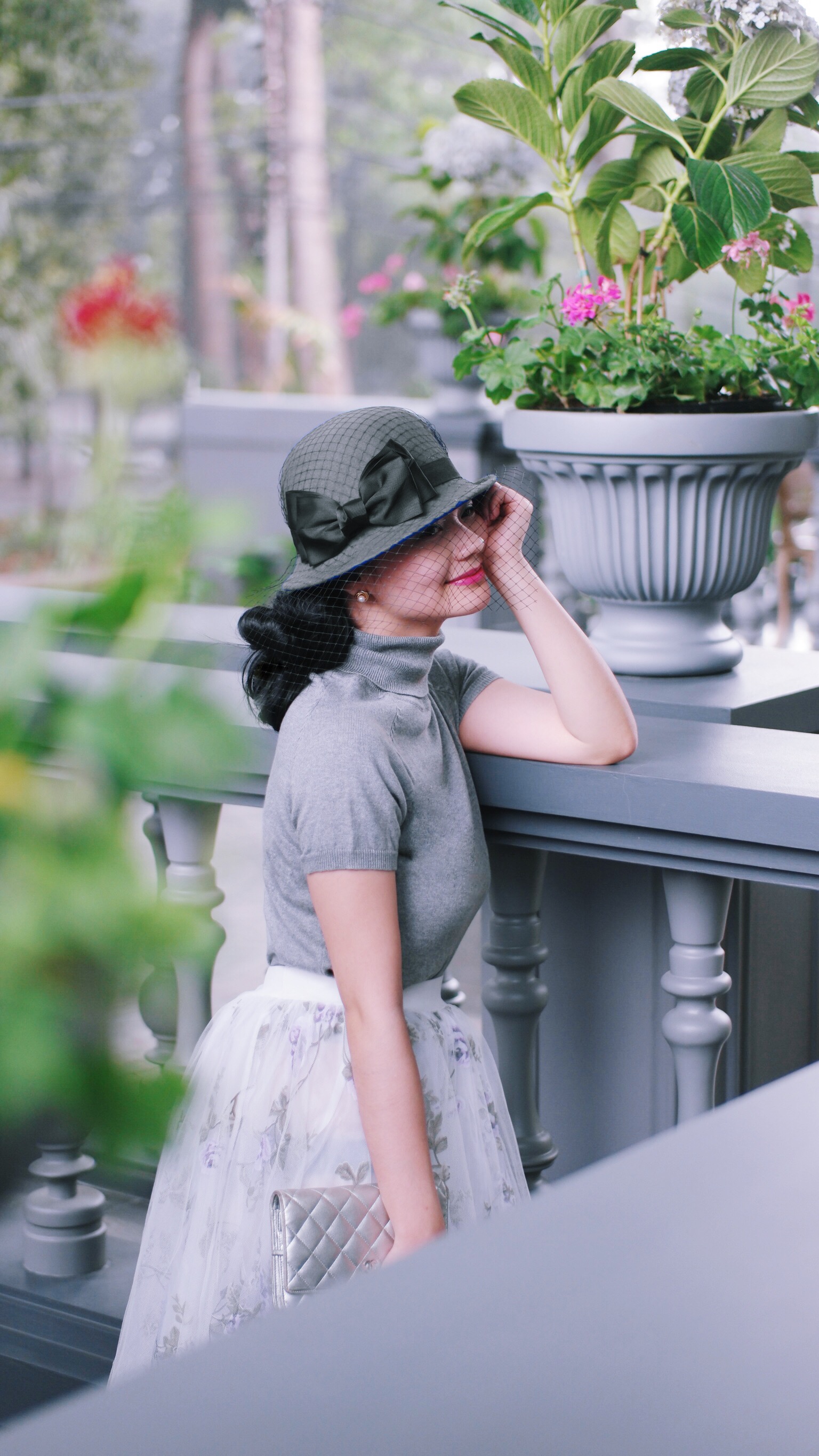 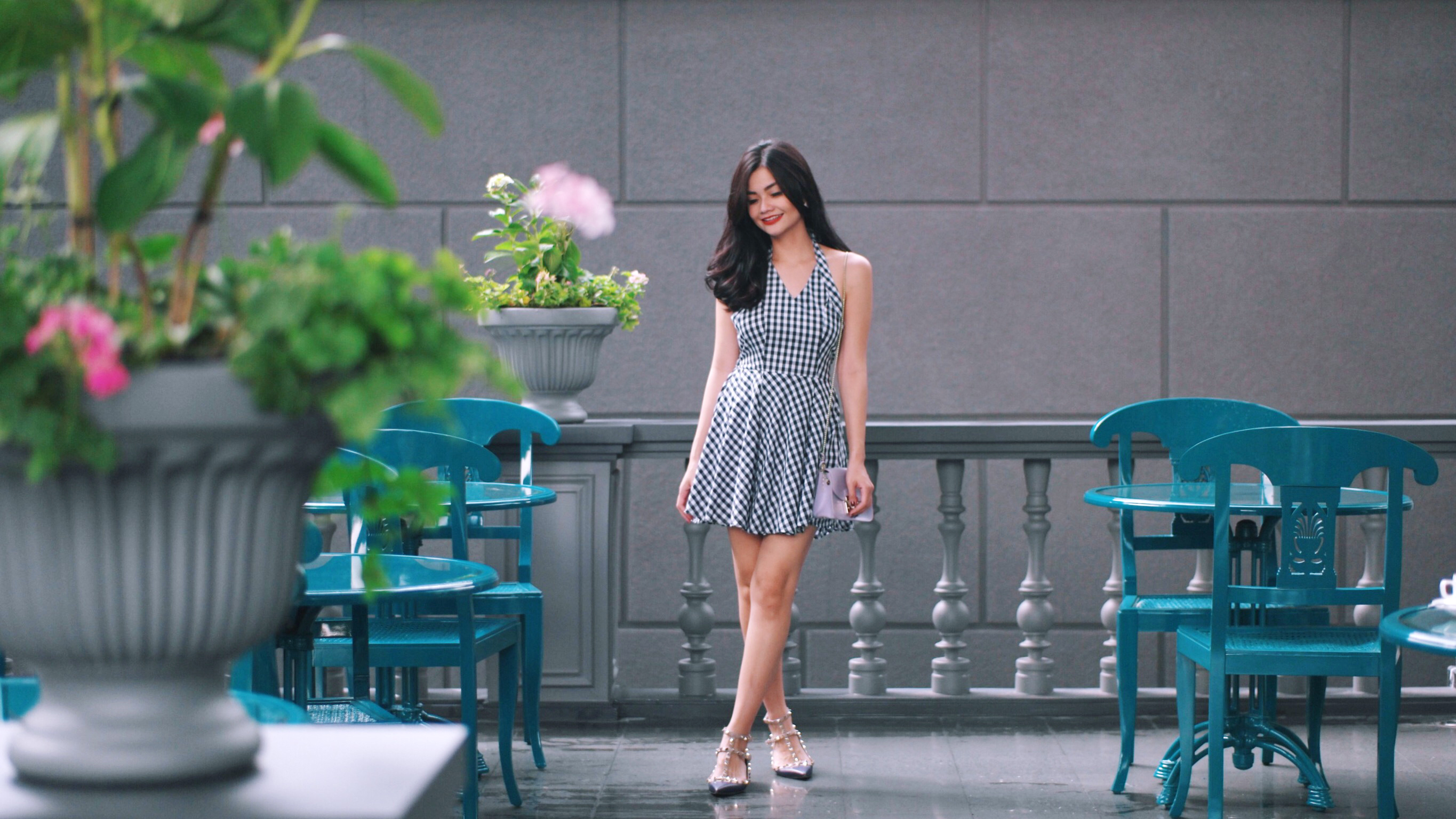 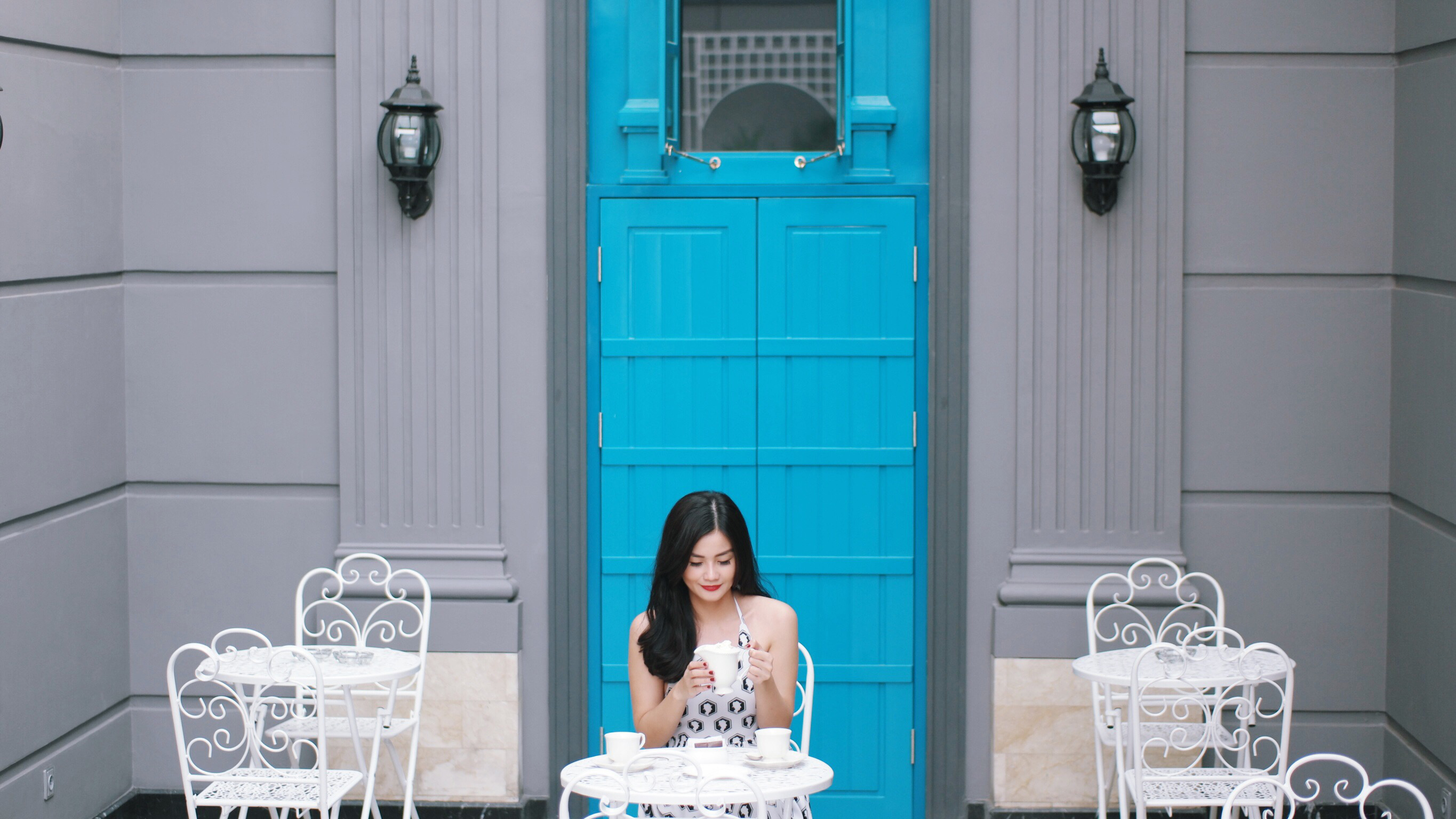 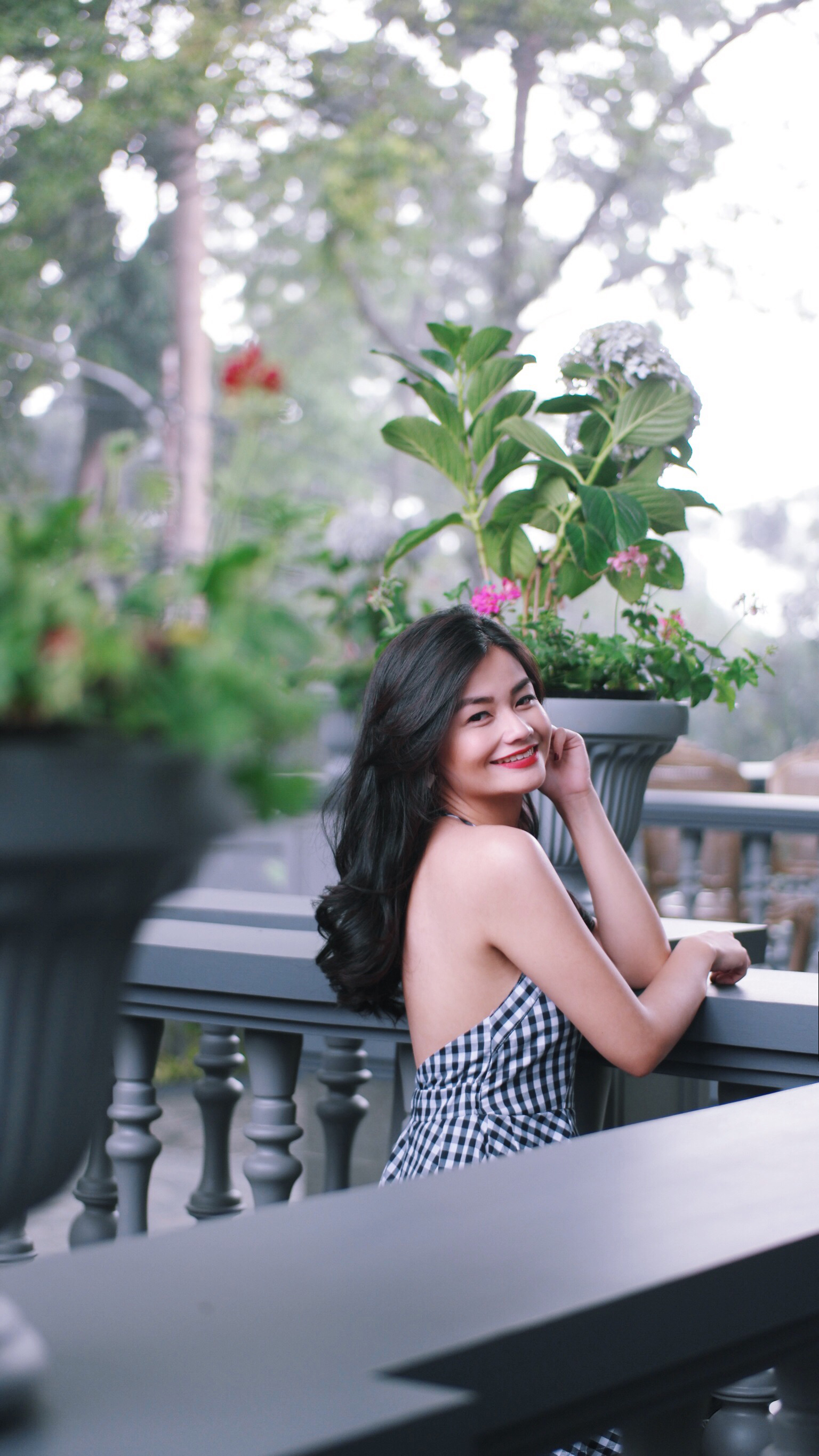 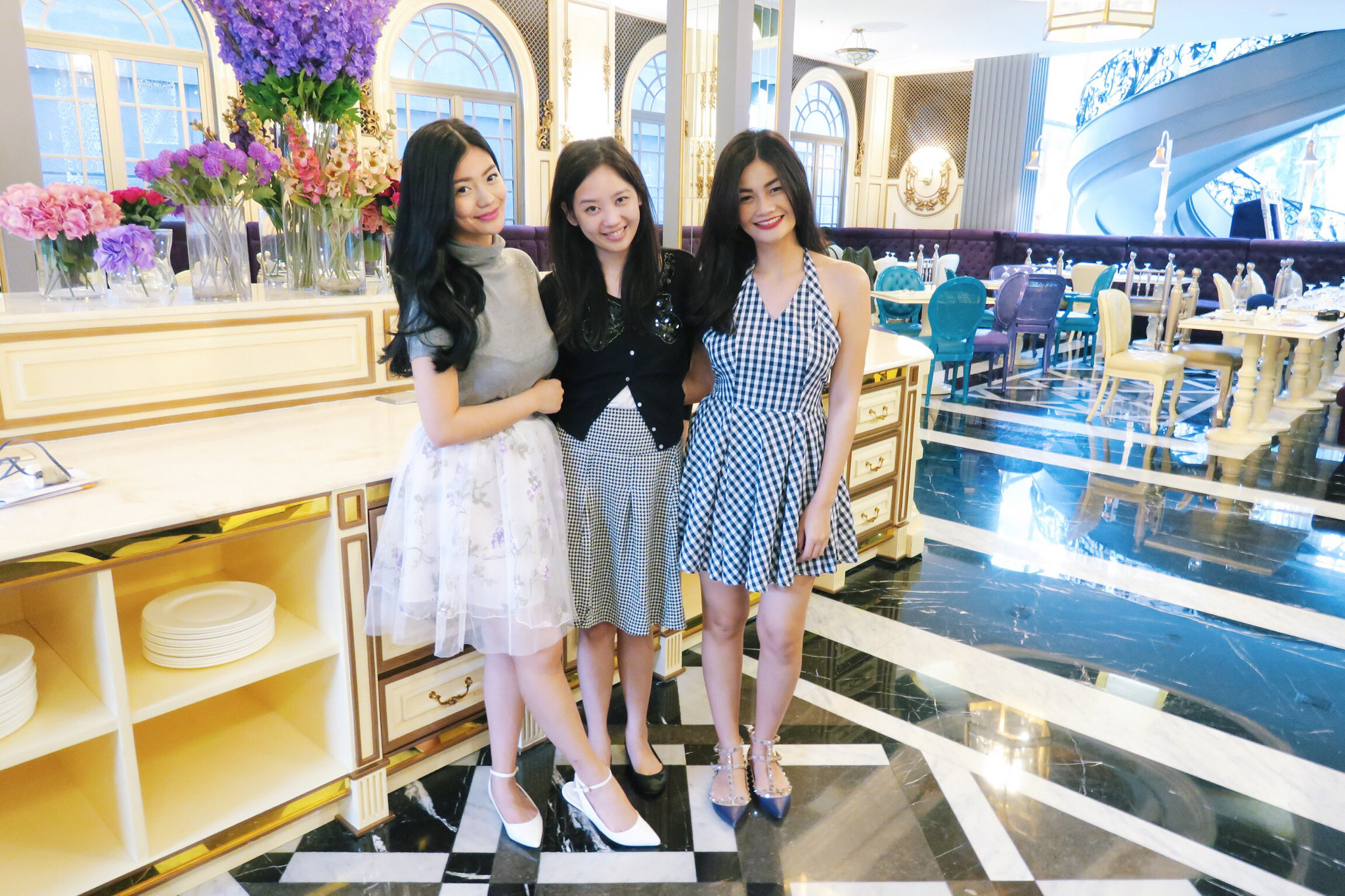 The hotel is very appealing to the eyes and the food is great as well! Though the design might not be the cup of tea of everyone, all girly girls and Parisians by heart will love this place :) The hotel is worth flying to Bandung for. That I can honestly say :)